Ghost at The Castle Theatre

Grammy Award winners Ghost sold out The Castle Theatre in Bloomington, Illinois. Ghost is a Swedish metal band who has three albums under its belt with three different lead singers. Ghost is the antithesis of Catholicism where they worship the devil. They are lead by Papa Emeritus whose costume is similar to that of the Pope. Ghost had been to Bloomington before opening for Avenged Sevenfold in 2013. That lineup consisted of Papa Emeritus II who has since been replaced with Papa Emeritus III.

Swedish death metallers, Tribulation, opened the show and the band is a little harder than Ghost’s melodic metal. Tribulation’s style is complementary to Ghost. They have a dark stage presence. They were all dressed in dark clothing and wore makeup. Guitarist Jonathan Hultén looked like a zombie Peter Frampton. He is also a well know artist who has created word for other bands under the name Necromantic Art. Their singer, Johannes Andersson, had a green light shining on him throughout the set.

You can find out more about Tribulation:
Tribulation Website 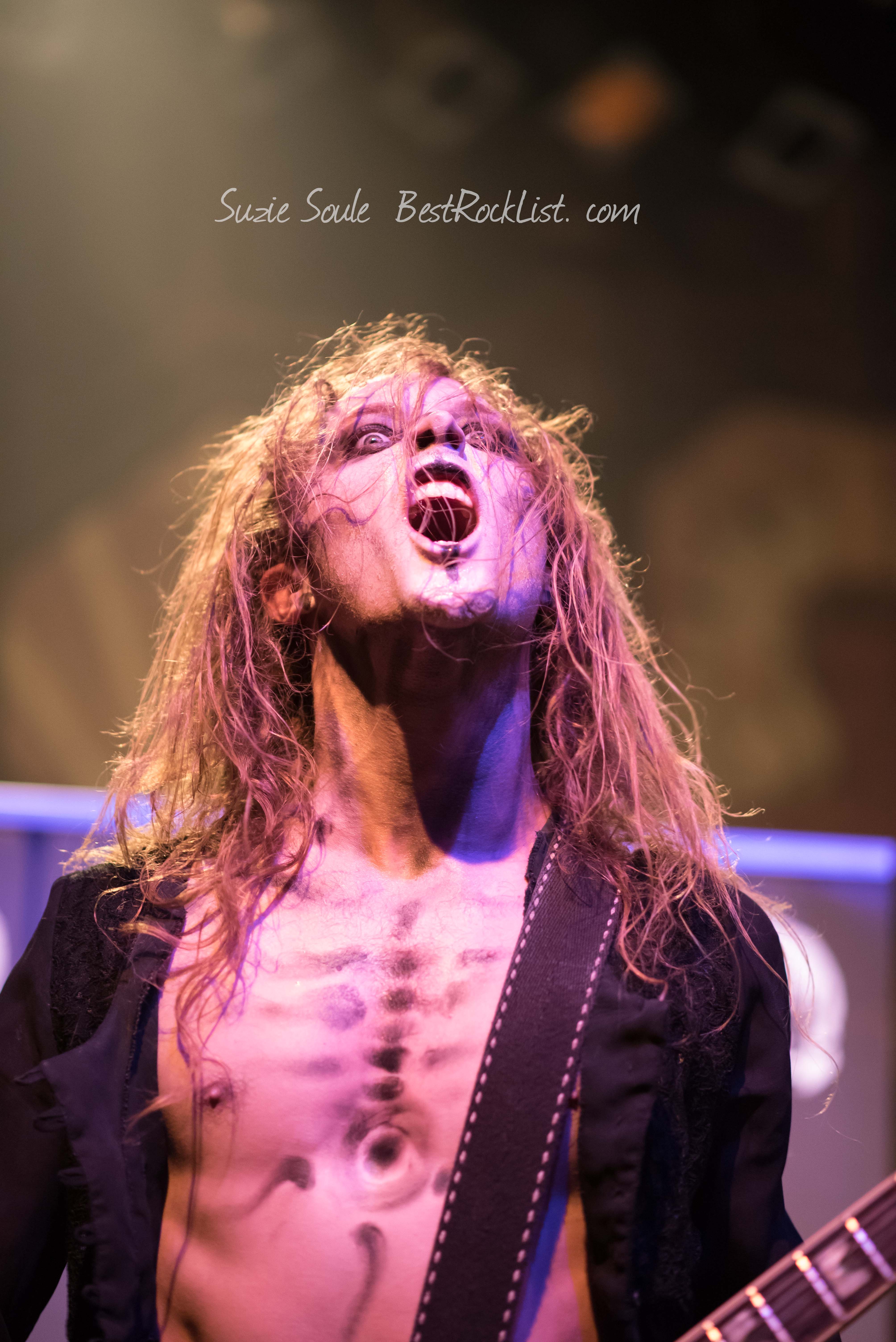 The Castle Theatre is a one hundred-year-old theater has a capacity of approximately seven hundred. Ghost’s backdrop was a three-paned stained glass including Moloch(a devil character) in the center pane. Moloch was flanked by a normal looking man in a tuxedo and a woman who looked like she was out of the 1920s with her breasts were exposed. All the figures were set in the fabled city of Meliora which is an art deco modern city. The artwork is likely that of the artist known as Necropolitus Cracoviensis Zbigniew M. Bielak. A link to his work shows a limited edition panel for each song off the Meliora album. See that amazing work here: Necropolitus Cracoviensis Zbigniew M. Bielak

Ghost’s tour to the smaller venues is an amazing show as their light show is one of the best I have seen. The lights enhance their songs perfectly. They stay with the Catholicism theme using a thurible during one of their songs. Giving sacrament by using two ladies from the audience to give communion wafers and wine. Ghost has really reinvented their sound with Papa Emeritus III. The older songs do sound better with the new Papa. Hearing “Cirice” live reinforced the Grammy Award as it a perfect song.  The Nameless Ghouls wore masks that would represent Moloch as well. Ghost has a few more dates in the United States before they return to Europe.  You can see their full schedule on their website: Ghost’s Website 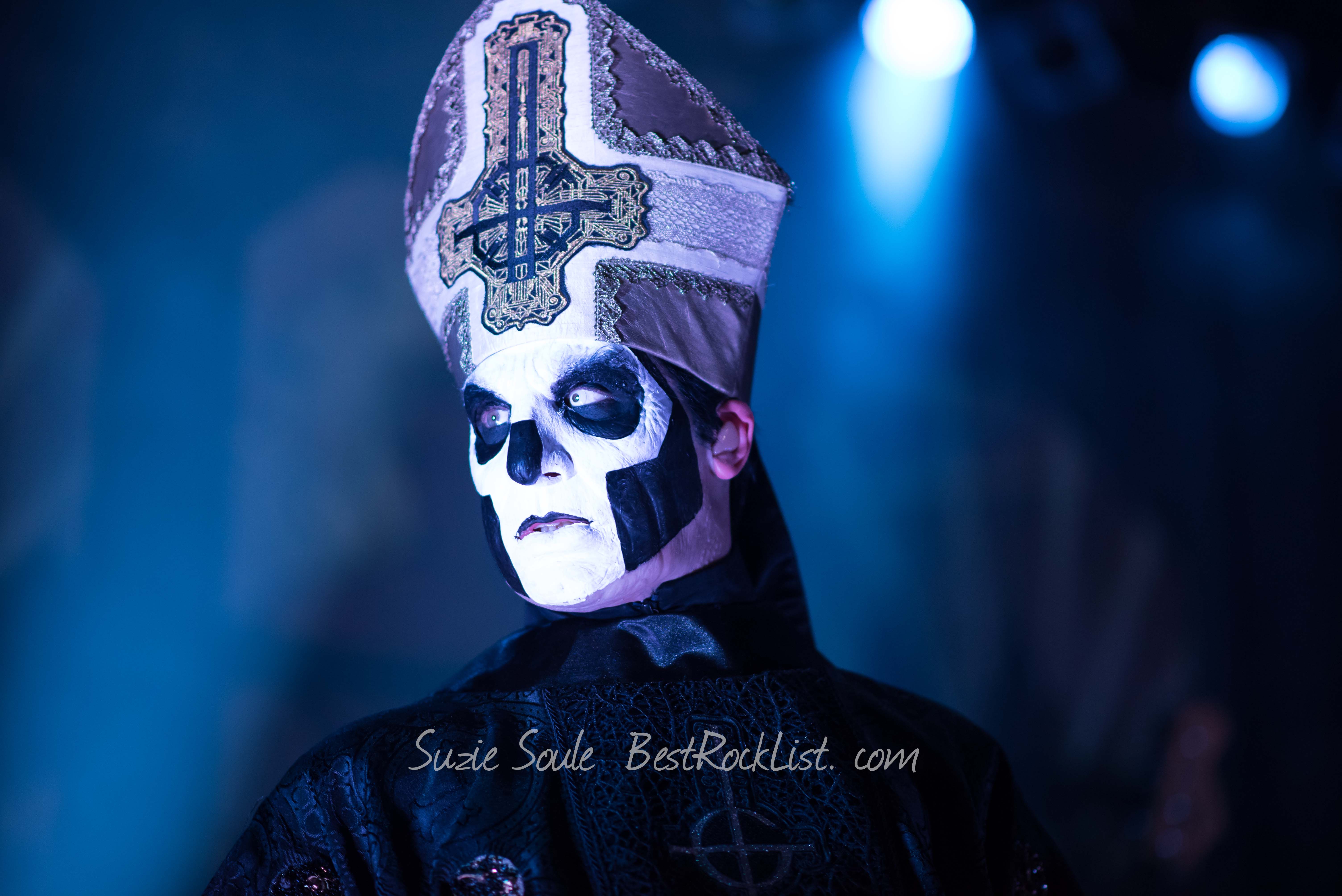