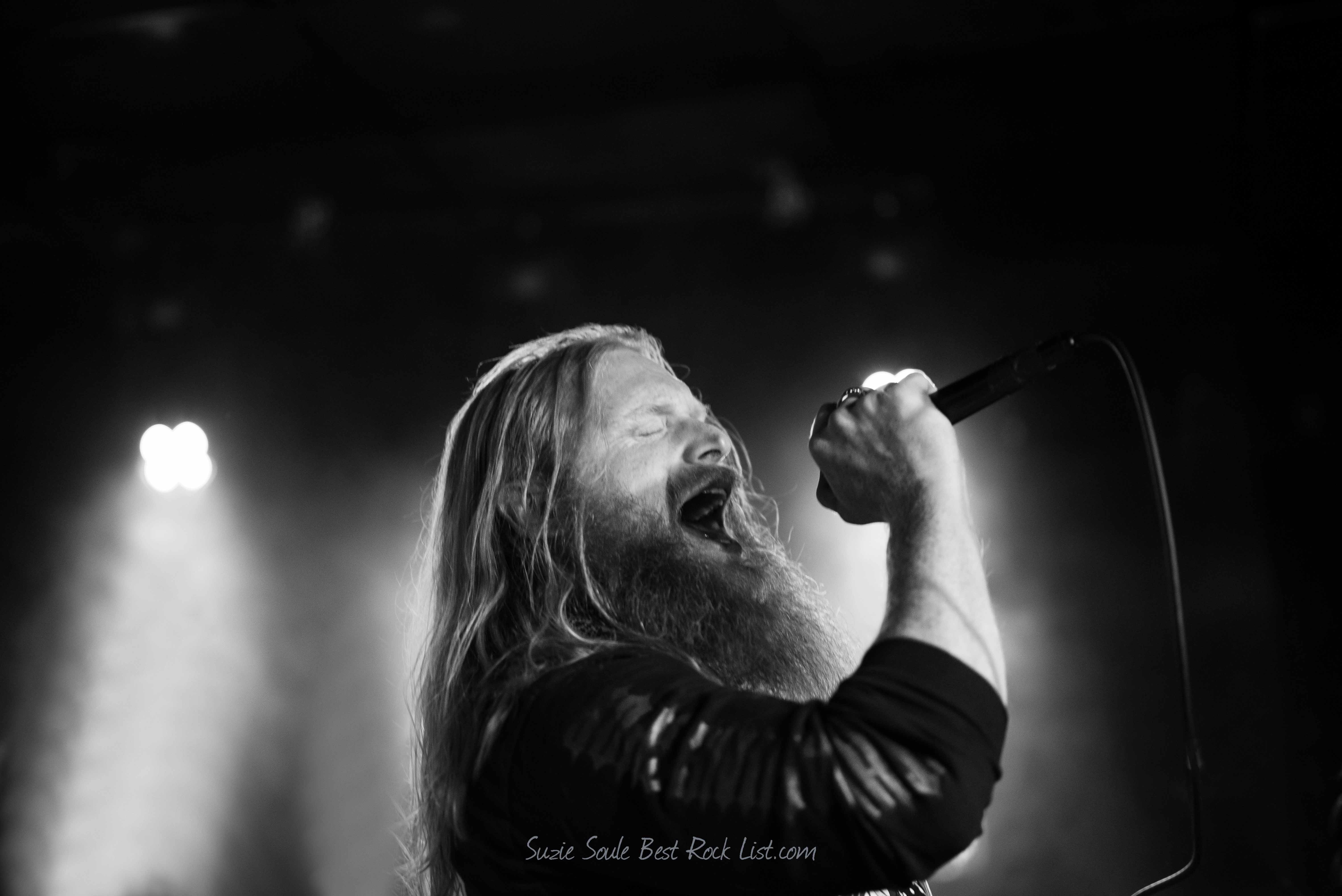 Blacktop Mojo brought their show to Central Illinois after a long break due to the pandemic. The band has been busy working during their time off. The band released on their eponymous album that came out Friday, August 13, 2021. Every week since the album has come out, I have listened to it. Needless to say it is an awesome album that everyone should add to their playlist.

II   To move or get going

When you hear Blacktop Mojo, their music is pure Rock and Roll.

The open was a local country rock band that has a shotgun shell in their logo, The Holdouts.  At first when I heard them, I thought it Blacktop Mojo and Matt James has cut his beard but it was the singer from the holdouts.  They were a blend of modern country rock and older country and the two piece are pretty good musicians. 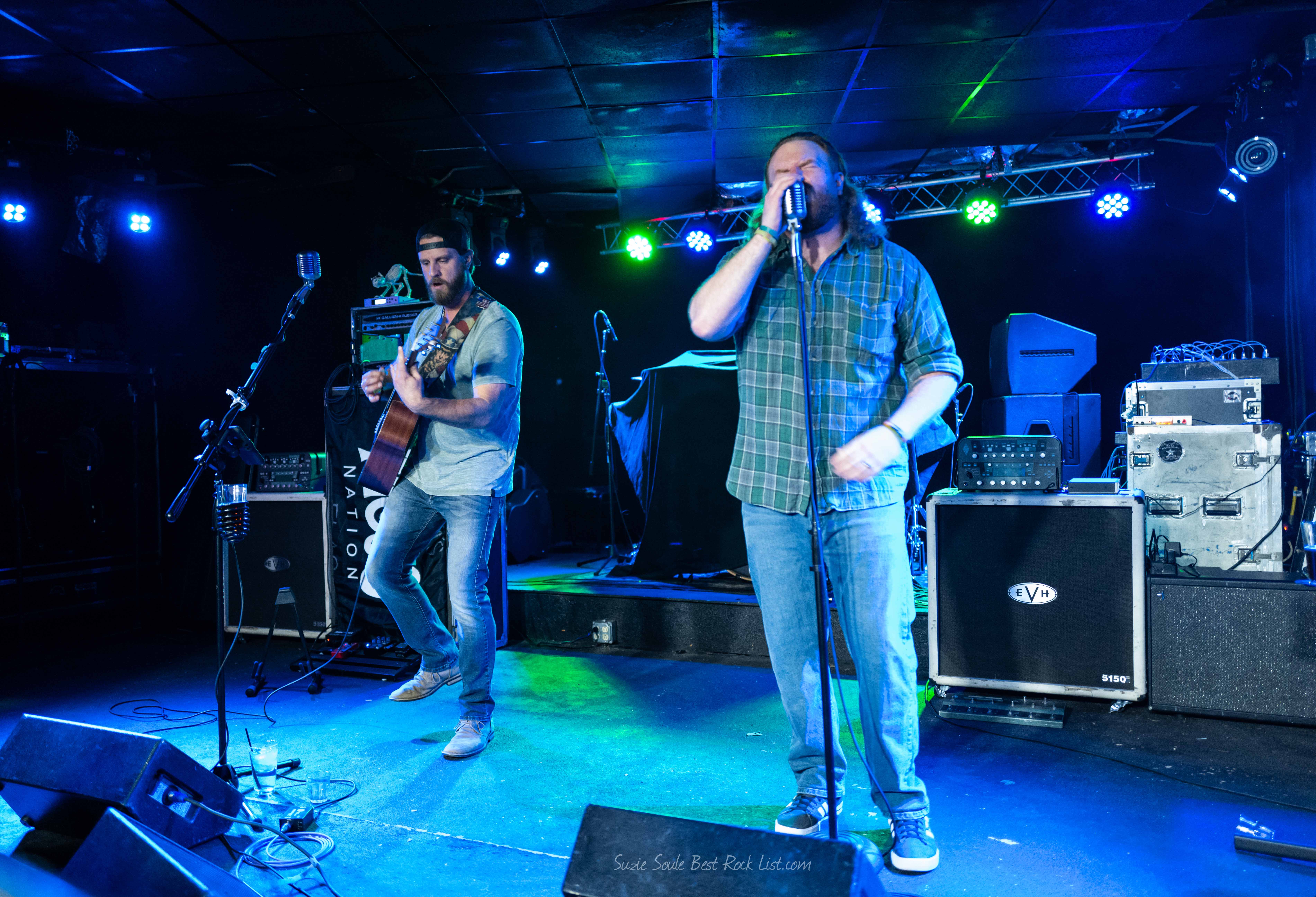 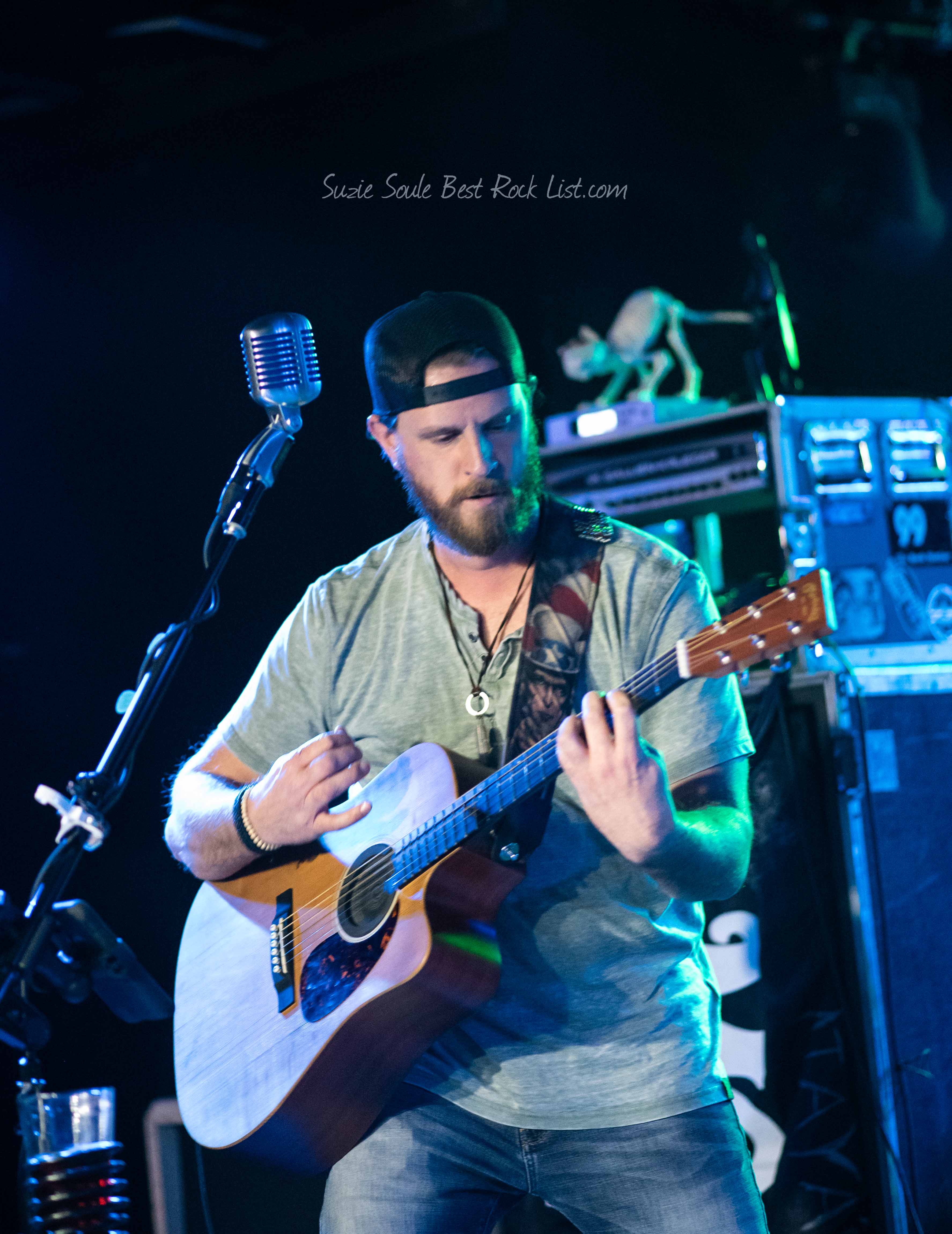 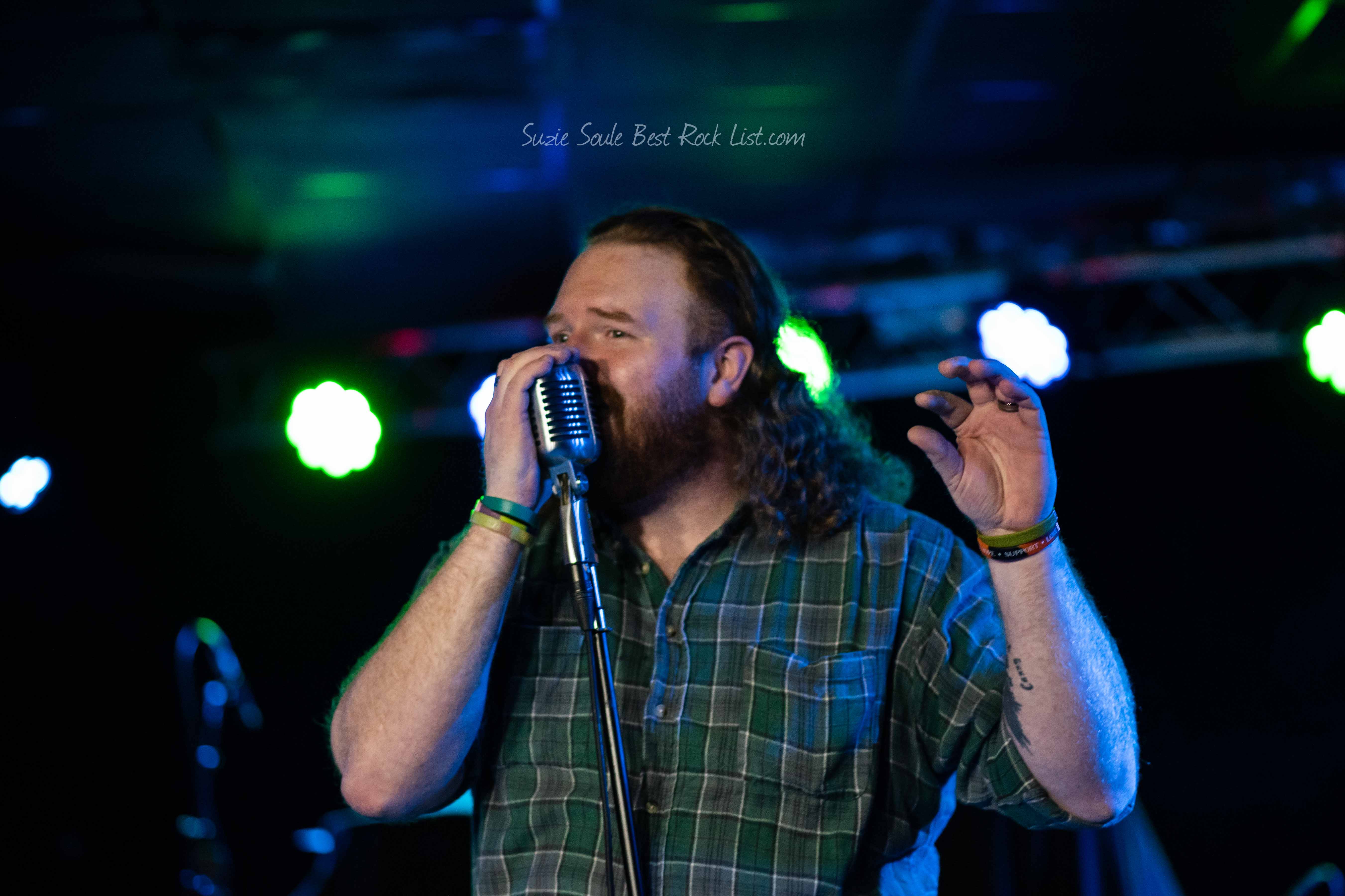 The venue is a pretty large bar with a stage at one end and three different bar areas and a large covered patio. The crowd was mixed between older people out celebrating birthdays, regular bar patrons, older fans who had not seen the band and their adult children who were as excited to see Blacktop Mojo as their parents. It was a crisp fall night as the smell of weed wafted through the air mixed with the fall leaves.

Blacktop Mojo did not keep the fans waiting and took the stage as soon as their gear was set. The band consists of vocalist frontman Matt James, drummer Nathan Gillis, bassist Matt Curtis and guitarists Chuck Wepfer and Malcolm Booher who joined this tour in place of Ryan Kiefer. Do not worry, the band states that Ryan Kiefer is still a member of the band. 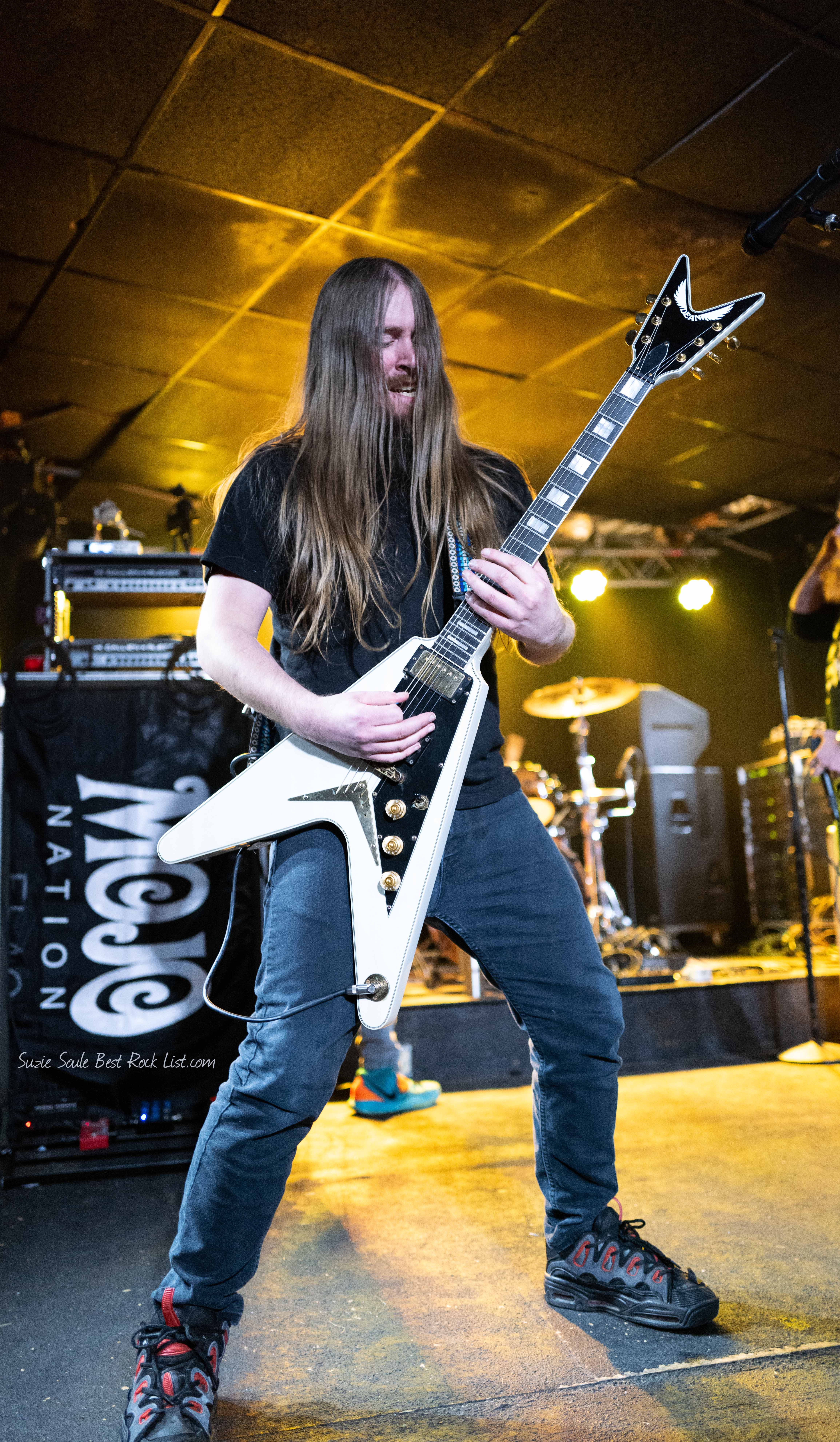 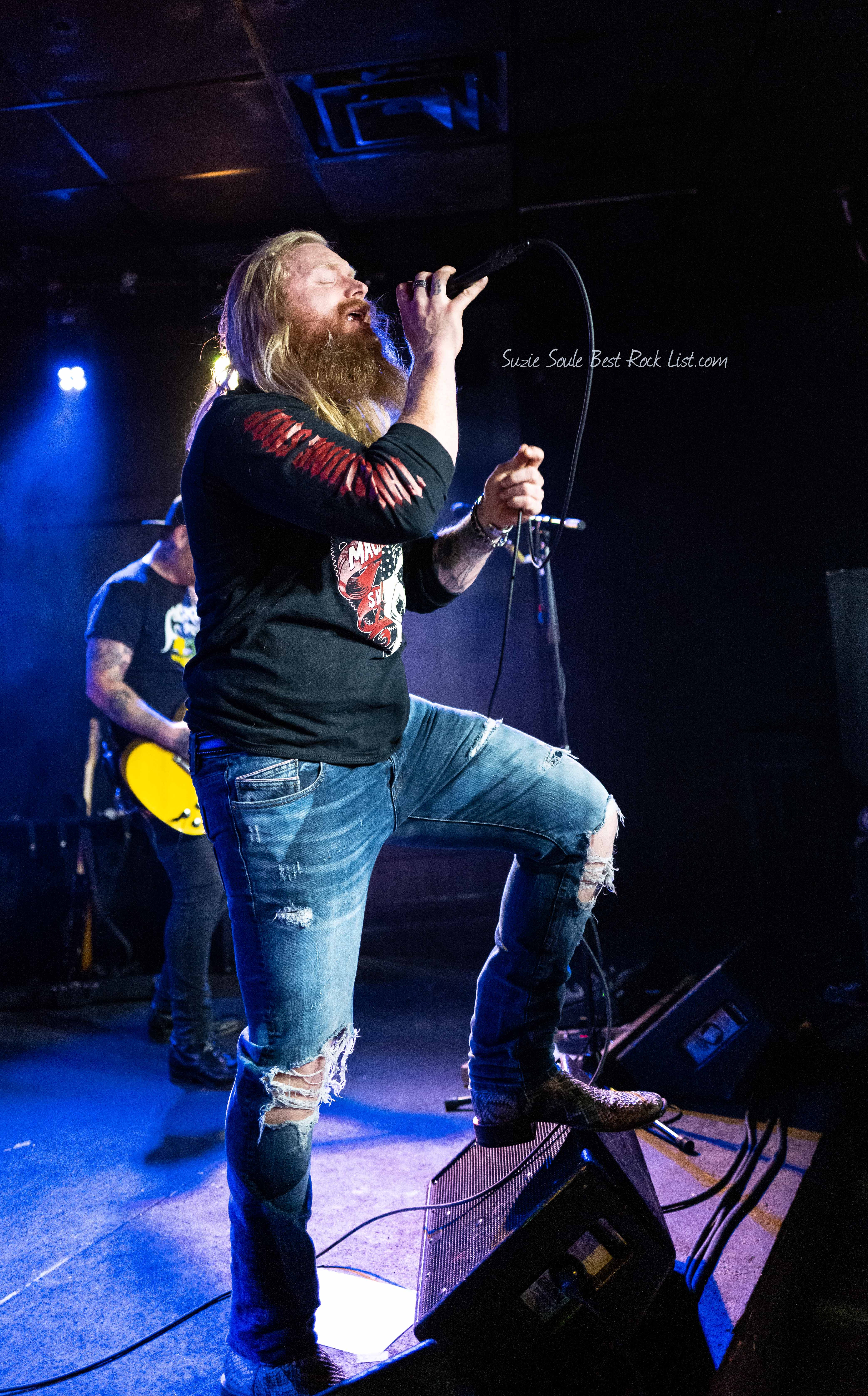 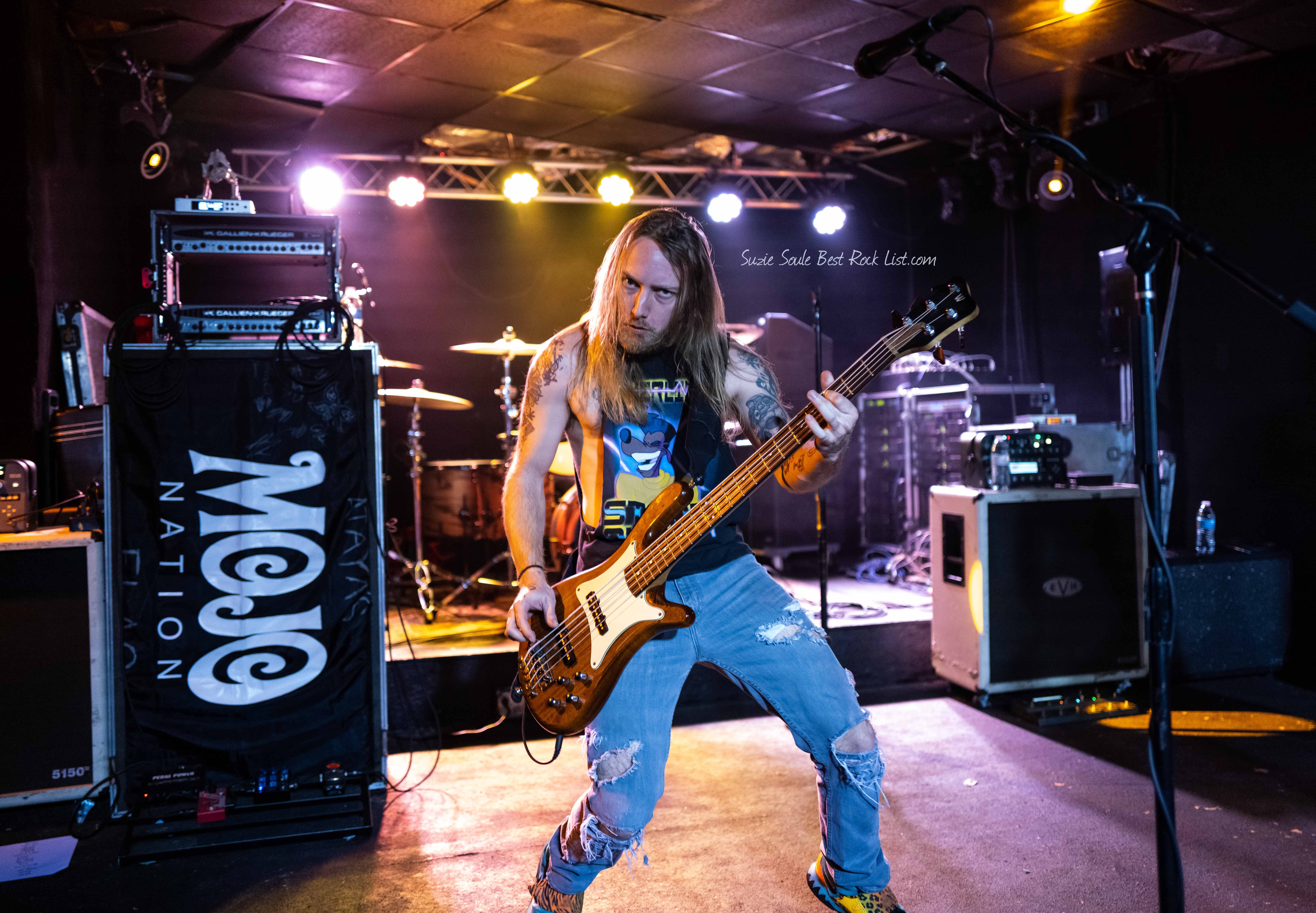 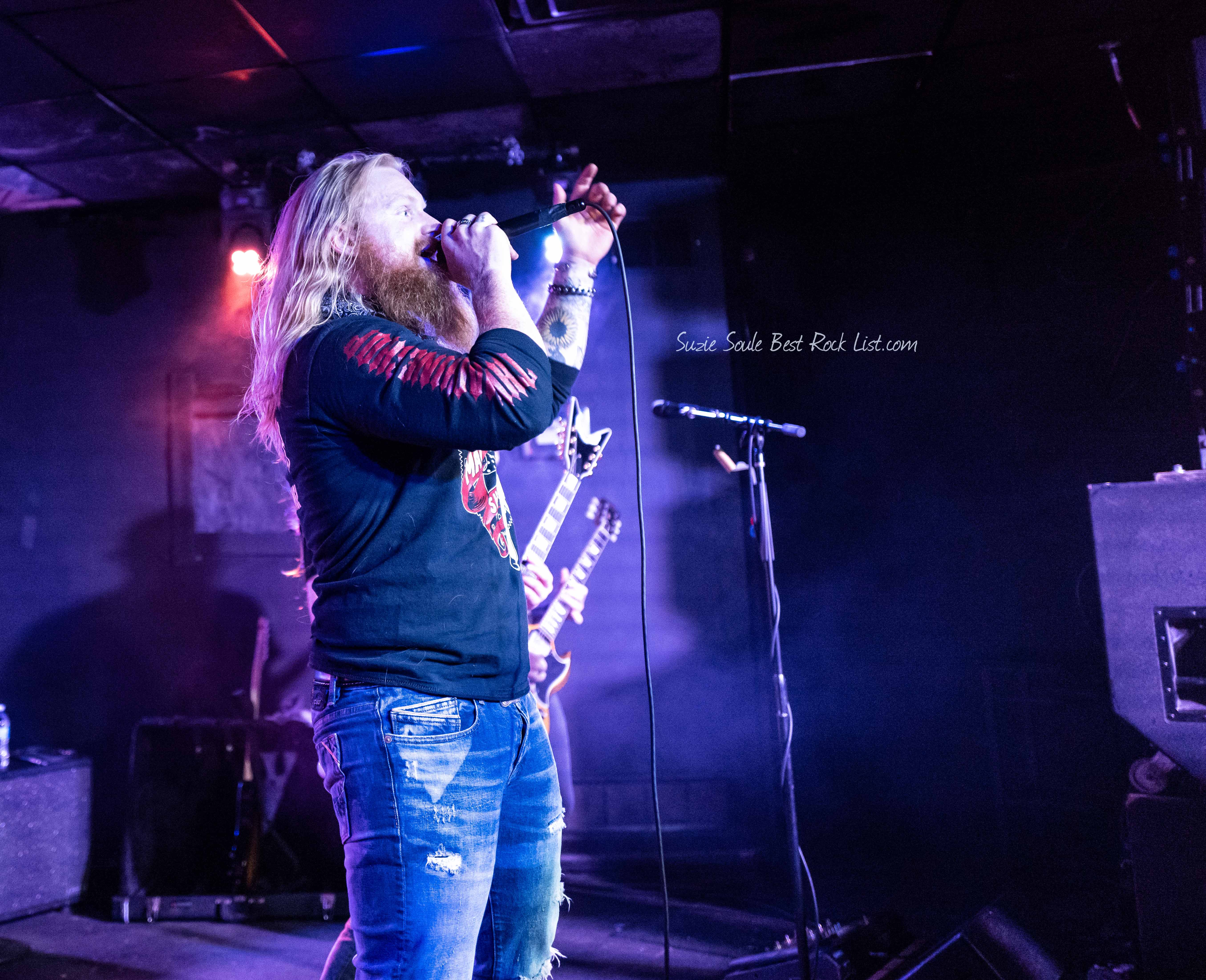 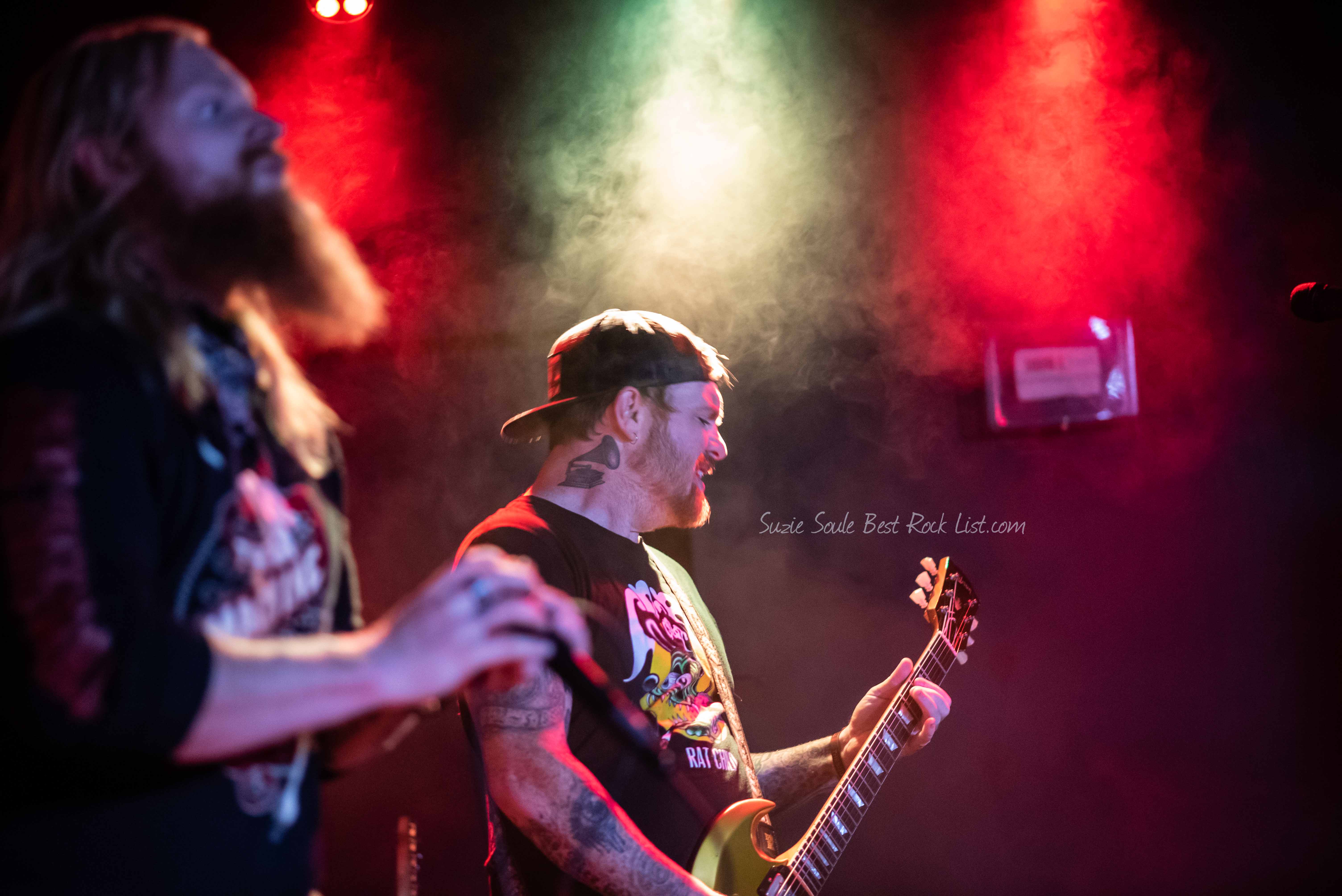 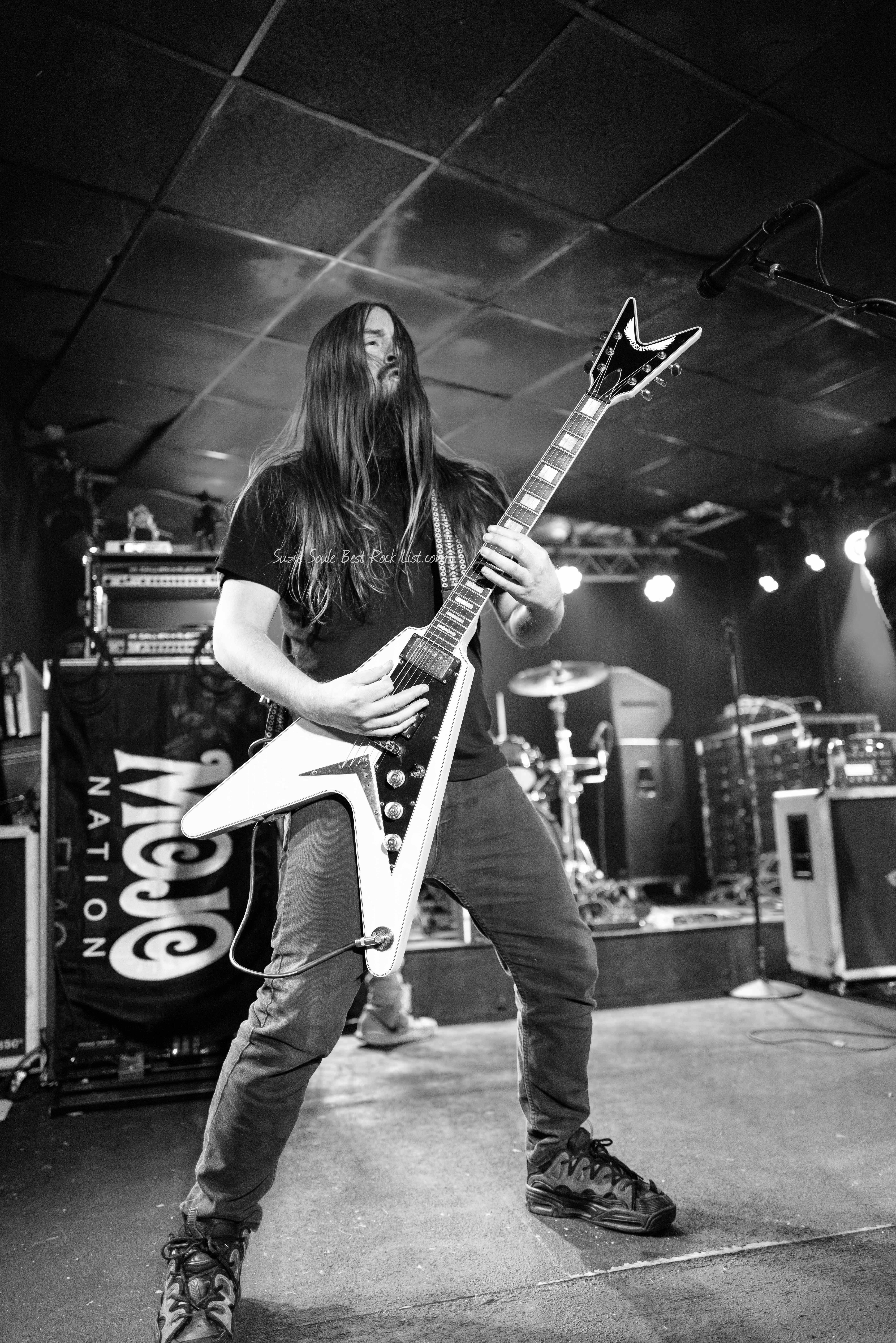 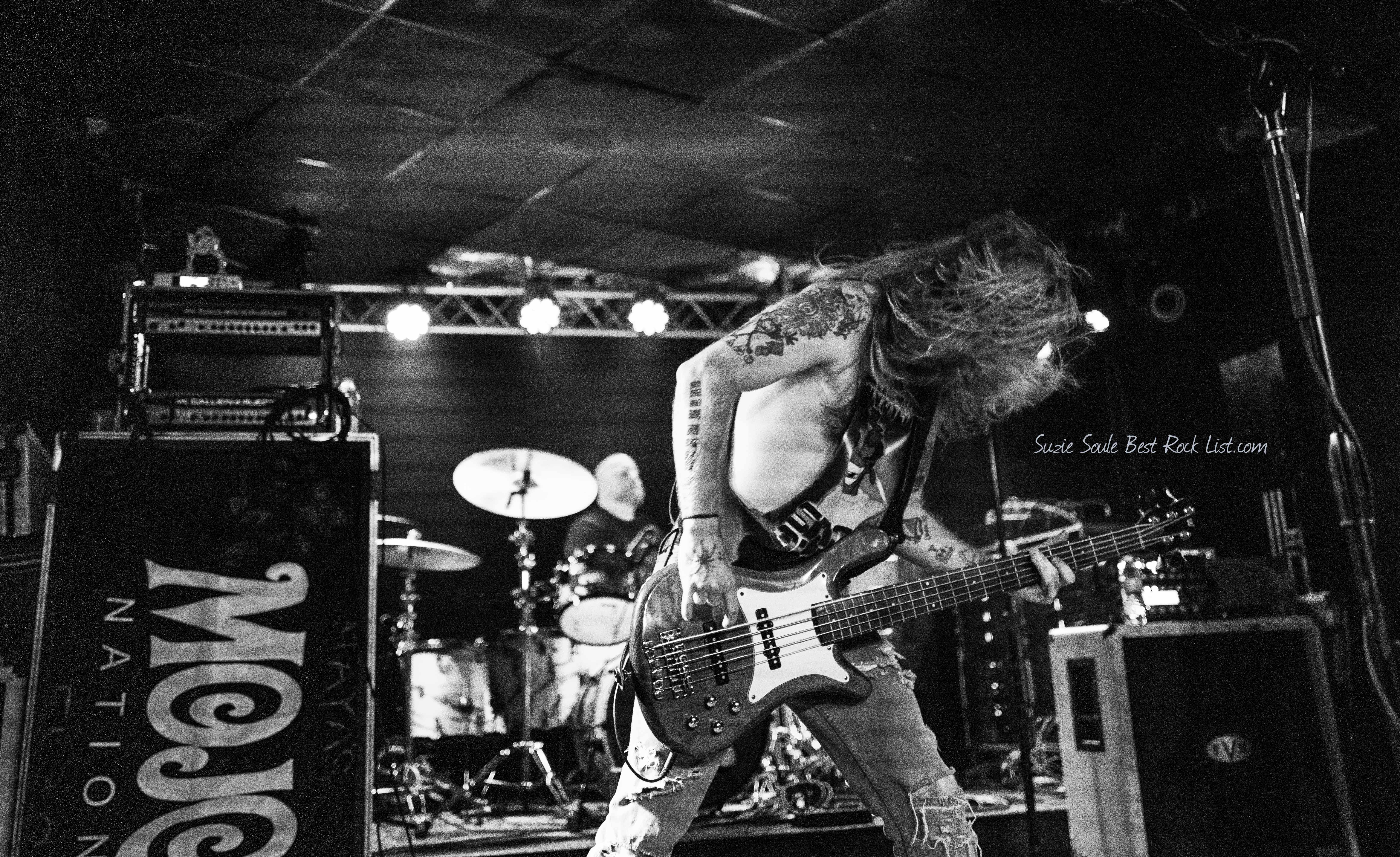 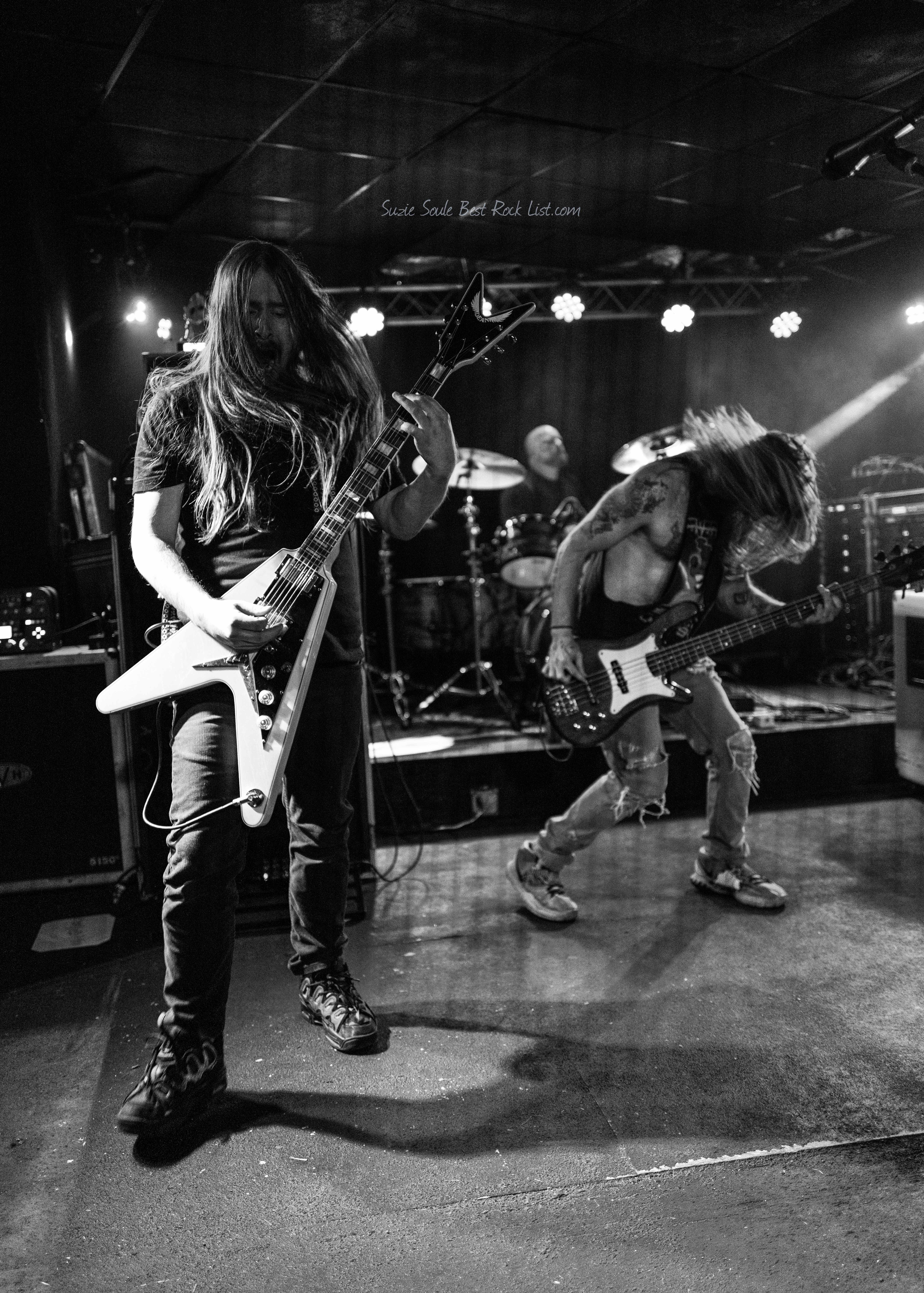 The band was nearing the end of their tour and so their show was a well-oiled machine.  The energy from the start to finish was so rocking.  The band and the fans were there to throw down.

Their setlist was heavy on their fourth album and I was extremely happy about that. Their were some songs from their album Under The Sun that they really had not toured with since the pandemic hit.  Not everything was bad from the pandemic.  Matt explained that the song “Bed Tundy” was a result of watching too many serial killer documentaries.  They also performed their old hits and sounded so good on “Burn The Ships” and “Come Get Your Coat” and their power ballad “Anyway The Wind Blows”.  I should add that song to my best songs for having sex list.  Missing from the setlist was their cover of Aerosmith’s “Dream On”.

The Full Setlist:
Wicked Woman
Lay It On Me
End of Days
Bed Tundy
Do It For The Money
The Void
It Won’t Last
Come Get Your Coat
Burn The Ships
All Mine Now
Rewind
Tail Lights
Where The Wind Blows
____________________
Encore:
My Girl
Why
Tush