A DAY TO REMEMBER CONCERT REVIEW AND PHOTOS

The House Party Tour included A Day To Remember, Pierce The Veil, All Time Low, and The Wonder Years. 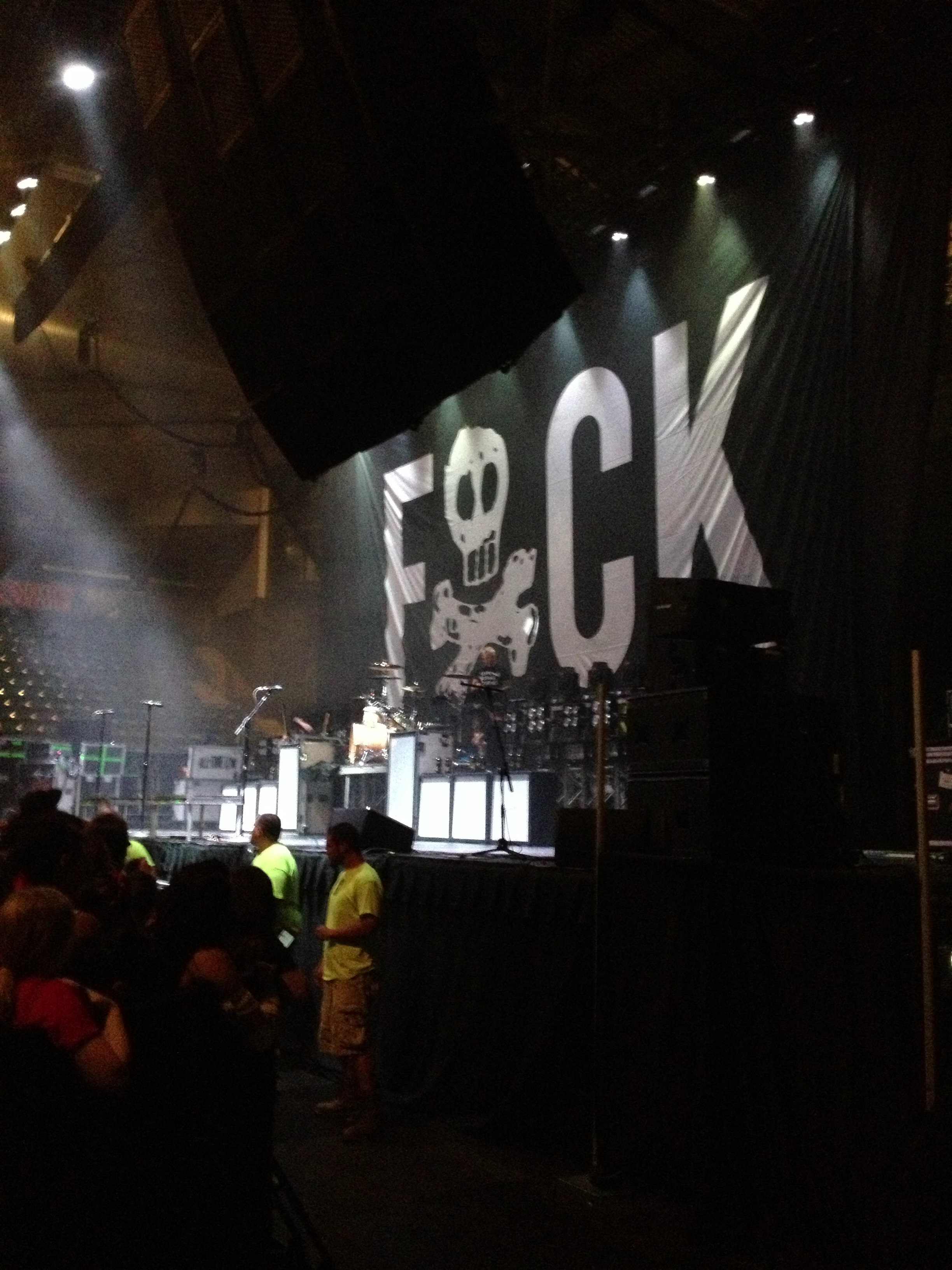 This concert occurred in Bloomington, Illinois on October 3, 2013 at U.S. Cellular Coliseum.  The floor was packed with fans and afterwards many said it was the best show they had ever been to.  It was a phenomenally entertaining show.  There was everything that a fan would want in rock show.  The show occurred right before the release of A Day To Remember’s self-released album Common Courtesy.  The night began with The Wonder Years.  They are a punk band from Pennsylvania.  They got the show started off right. 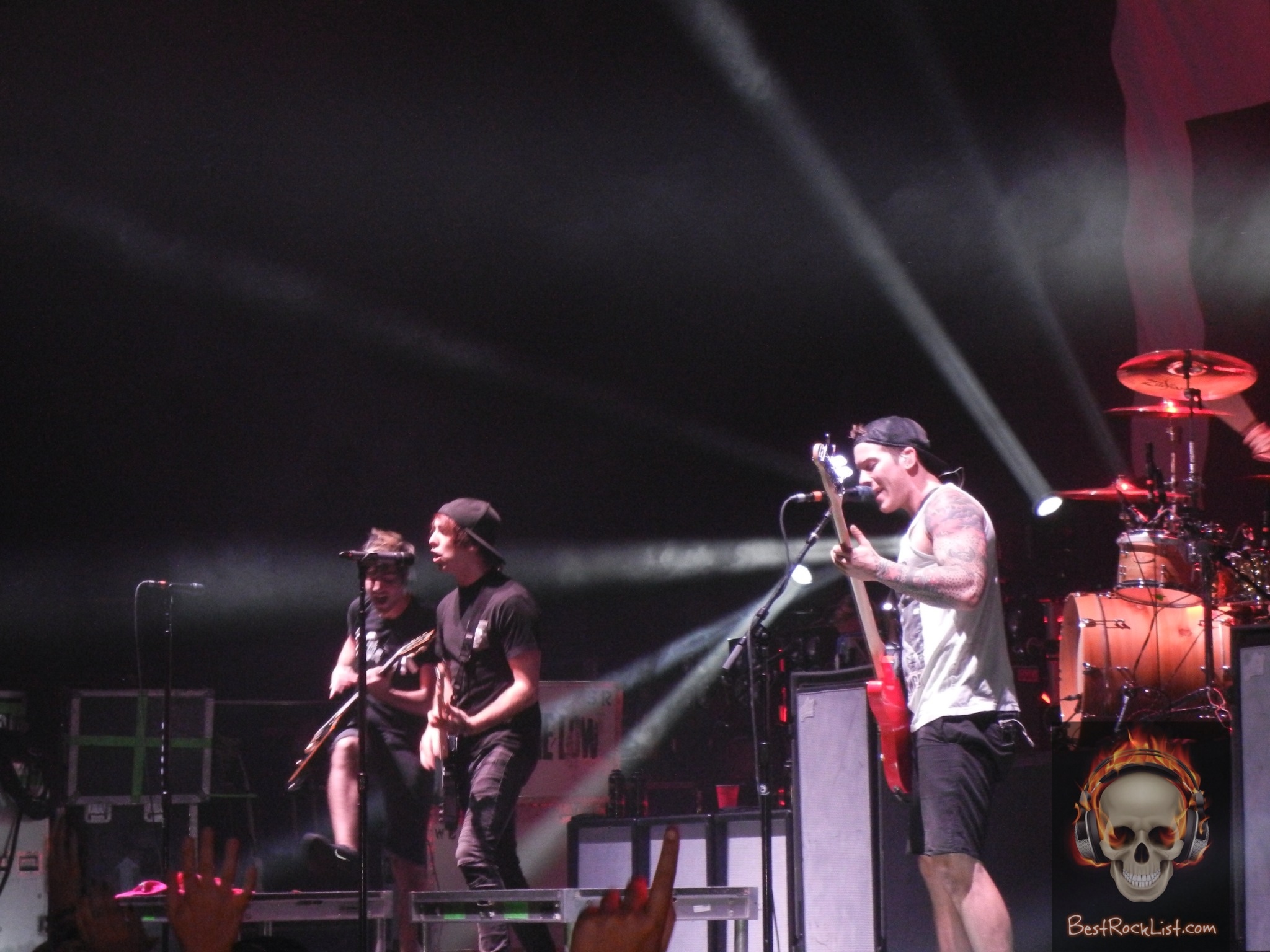 All Time Low performed next and their stage backdrop and their shirt with the”f☠ck” image was the hottest seller of the night.  Various items were thrown onstage including hats and many colorful bras made it onto Jack Barakat’s microphone stand.  The best part of their set was that Alex Gaskarth chose one of the audience members to come up and sing the song “Time Bomb”.  If you were the lucky one, you had to sing along with the band.  The winner was Kyle that night.  You can watch his performance here: 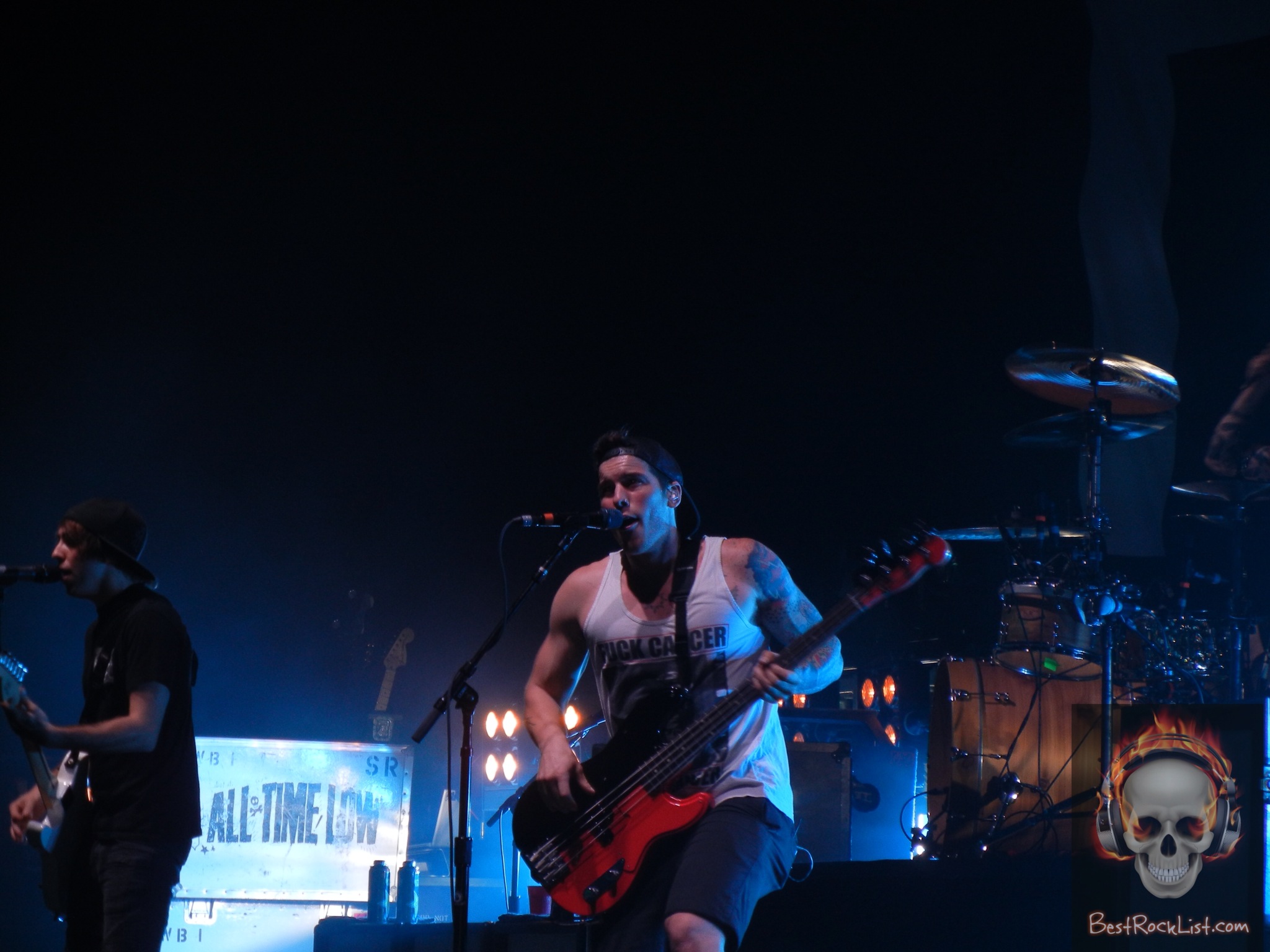 Vic Fuentes, singer for Pierce The Veil, came onstage to sing the newest single “A Love Like War”.  The collaboration between Alex and Vic was extraordinary. The track is infectious. 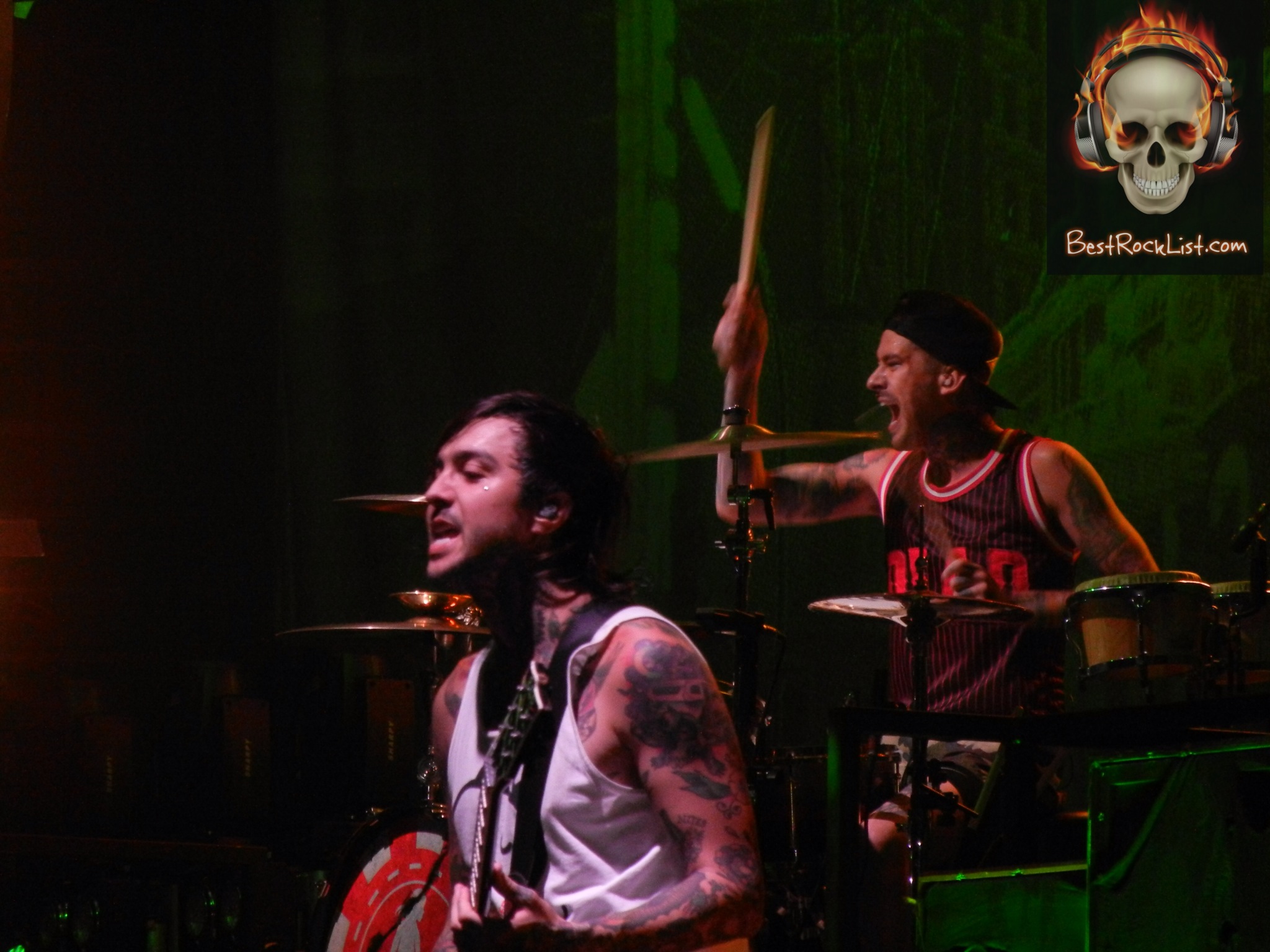 Pierce The Veil took the stage next.  Pierce The Veil is a post-hardcore band from San Diego, California.  Lighted letters of P, T, V were on the stage with various background images.  Their performance was fantastic. Their live performance showcases the talent of each member and Vic Fuentes vocals are amazing.  Their latest album, Collide With The Sky, may be their best yet. 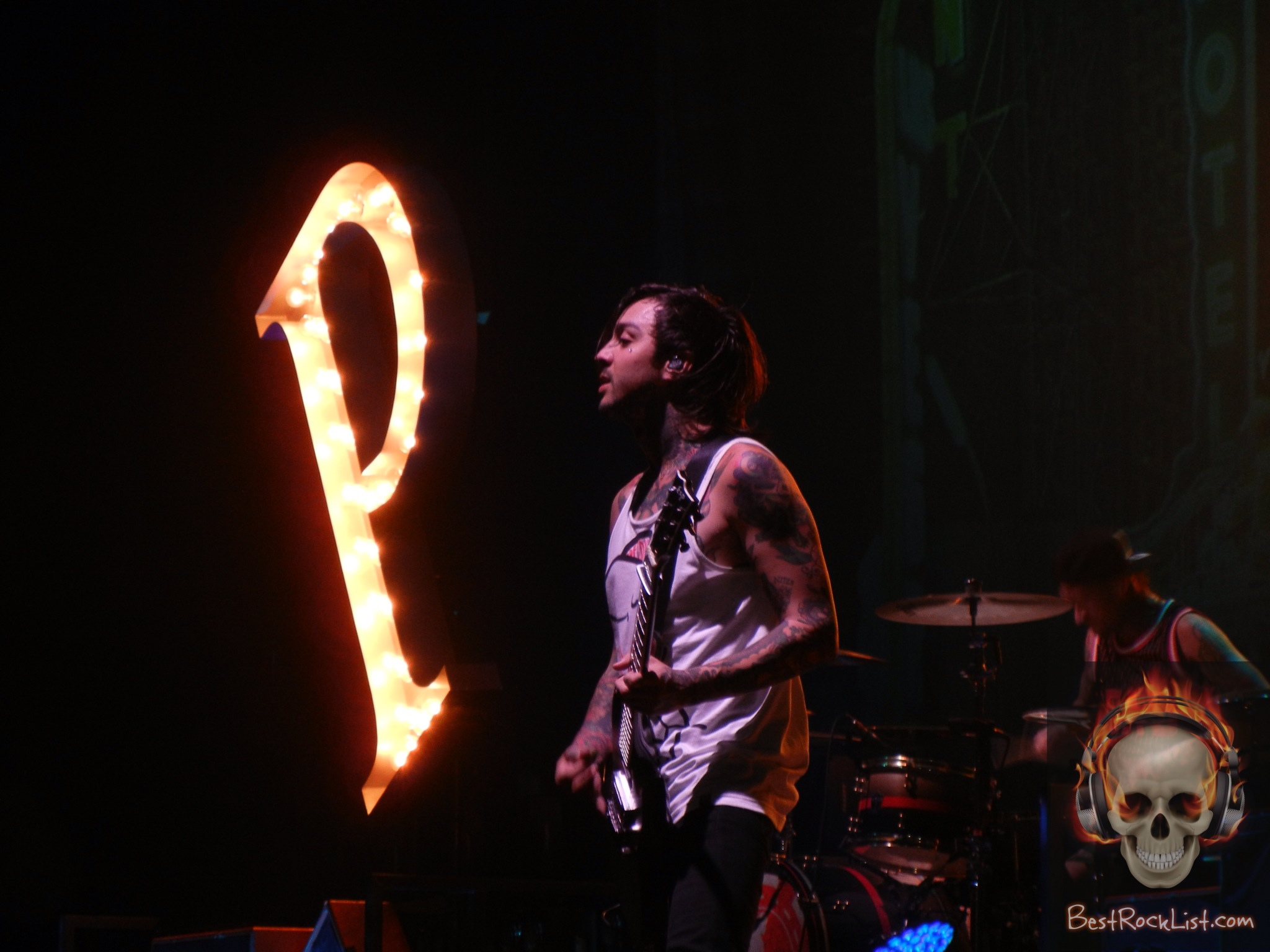 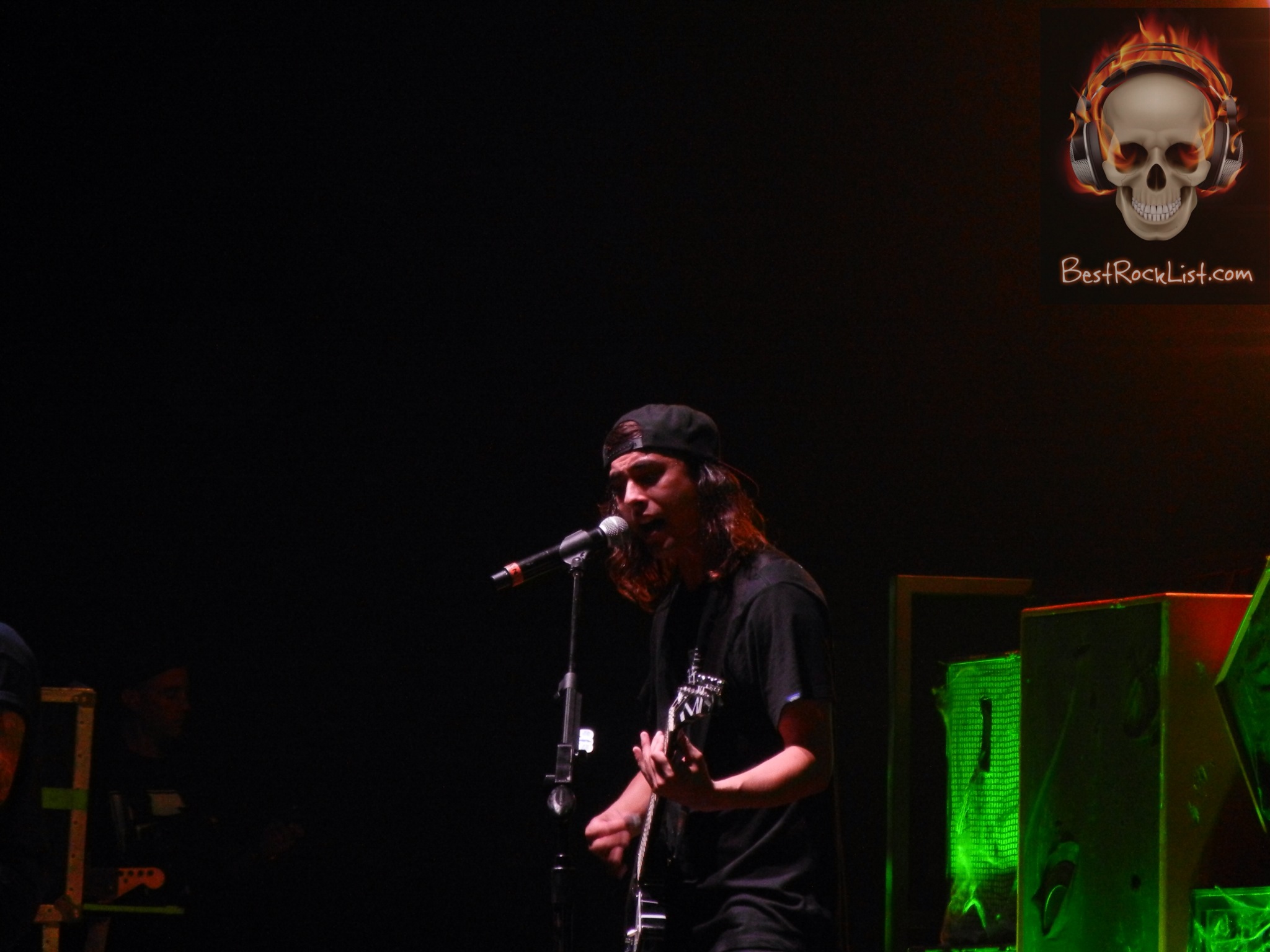 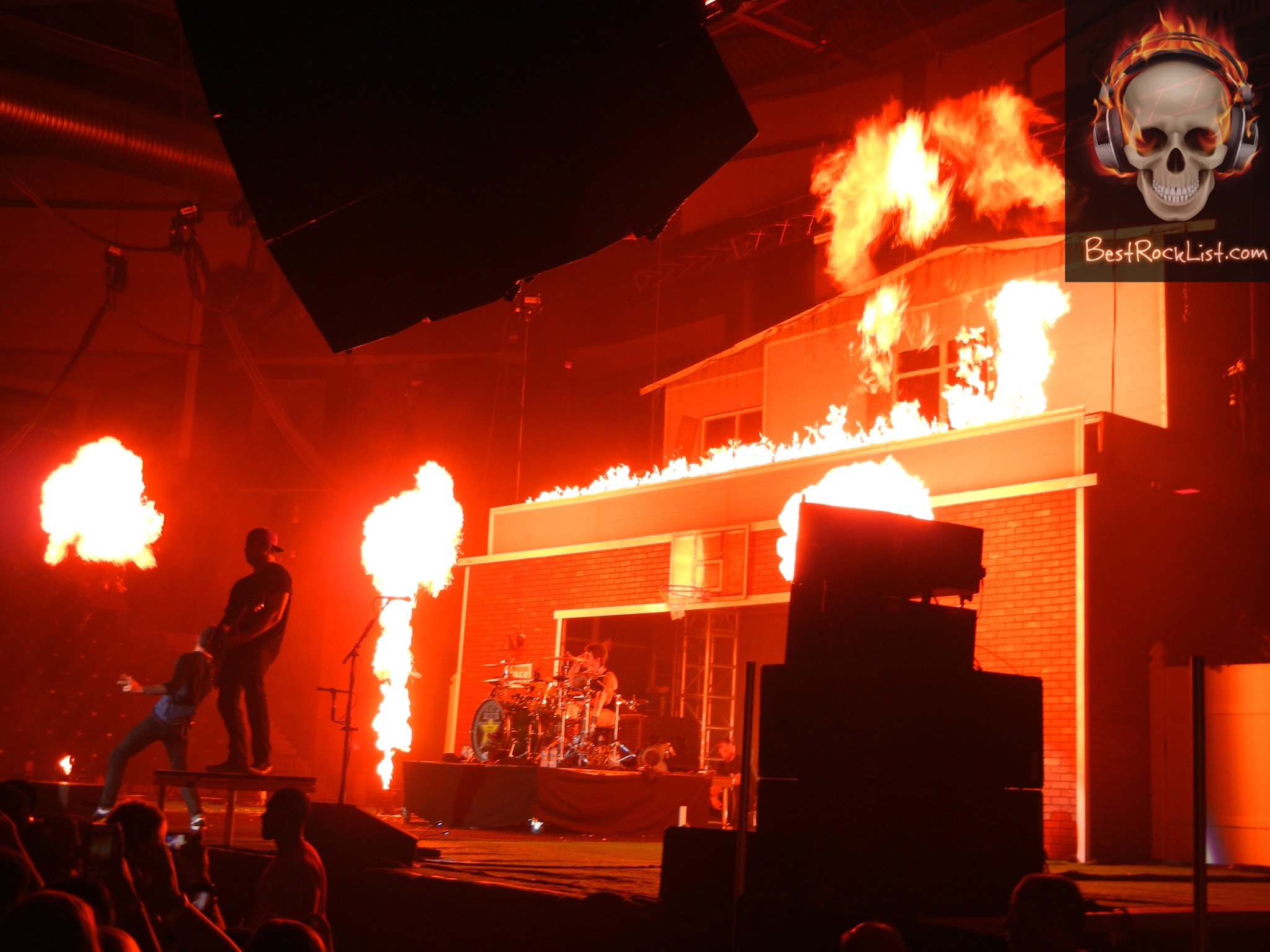 A Day To Remember was the main event.  A movie on a white backdrop that covered the entire stage set up that people were coming over for a house party.  The backdrop fell and revealed a two-story house.  The garage door goes open and the band comes out of it with the drum kit on sliders. 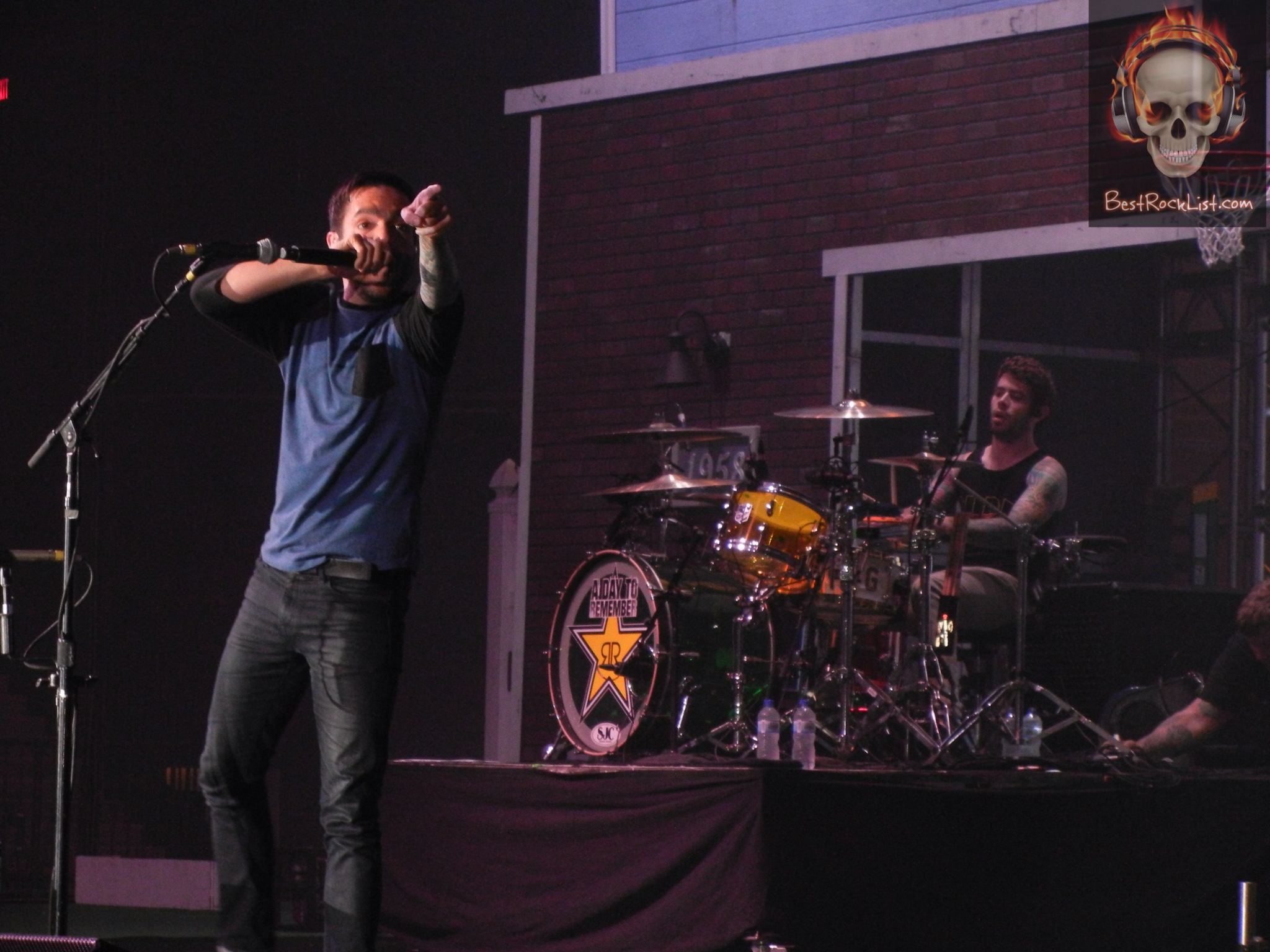 A Day To Remember’s Jeremy McKinnon

Jeremy McKinnon was in a human hamster ball and rode over the hands of the crowd in it. Needless to say, the crowd loved it.  ADTR also tossed toilet paper rolls into the crowd.    During the holiday time, Christmas lights were lit on the house as well as Santa and elves shooting t-shirts into the crowd.  There were a the front of a couple of old trucks on the stage as well. 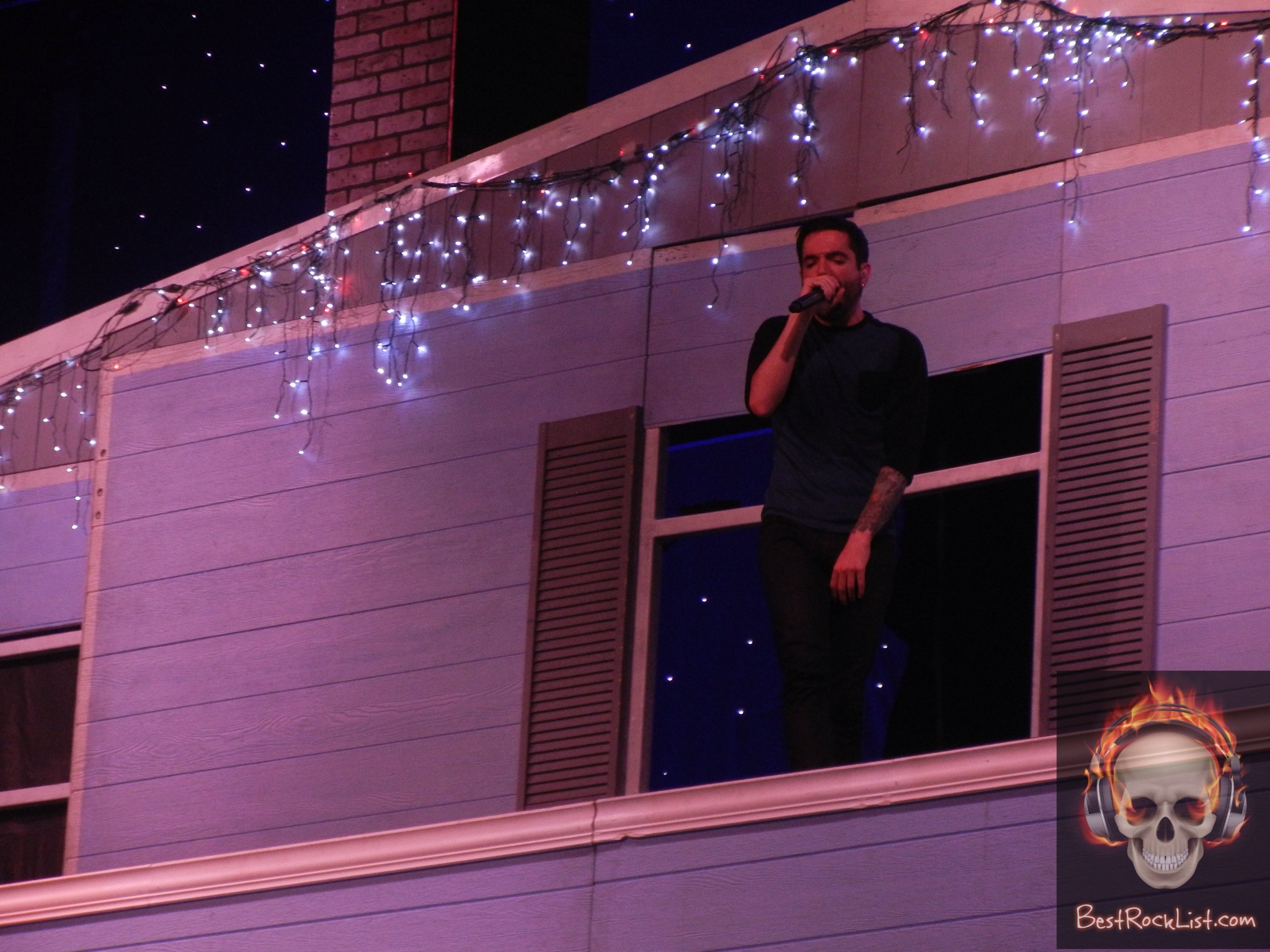 The night ended with actual fans getting onstage to participate in the house party.  Then faux cops come onstage clear the way.  Then a pretend heliocopter shoots the house up and it gets “bombed” out.  The House Party Tour is an amazing show that I hope you have the opportunity to see. 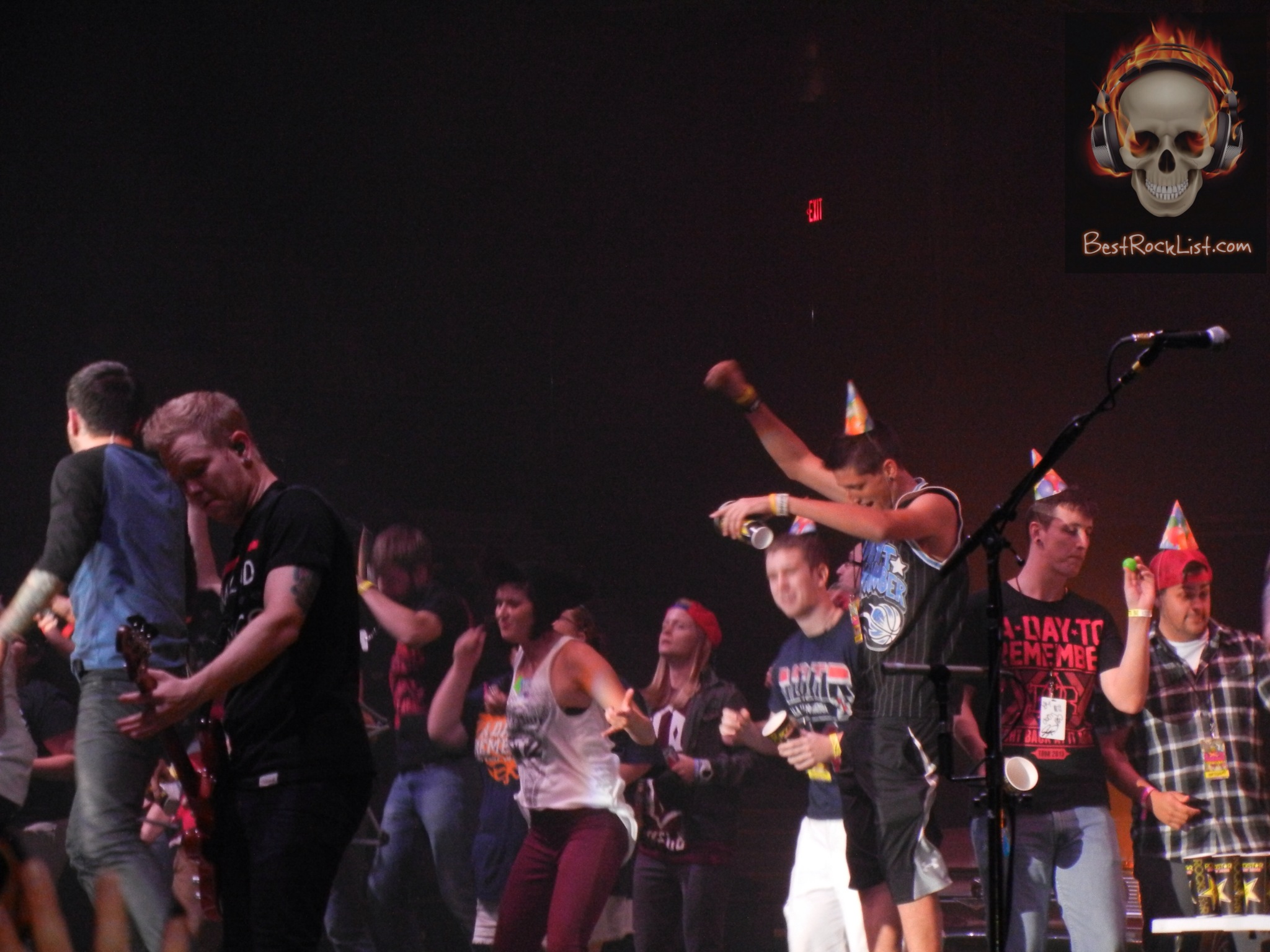