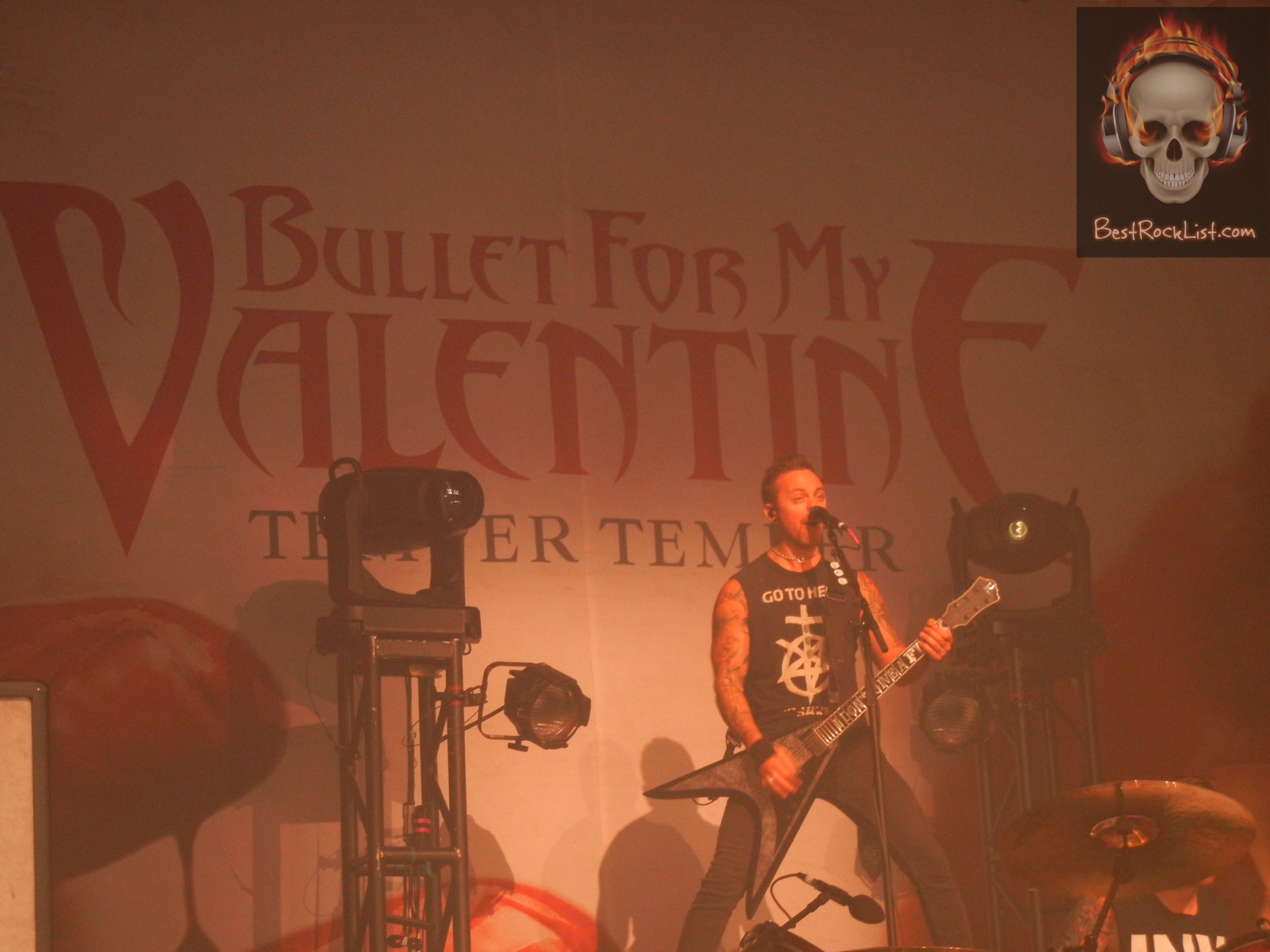 The show was in Madison, Wisconsin at the historic Orpheum Theater on Thursday October 10, 2013.  The line to get into the show just went around the block.  The venue was an intimate one.  I love the small venues that book these great bands.  It was an eventful evening as it was my first time seeing Bullet For My Valentine and Black Veil Brides.  I drove two hundred miles to see them. 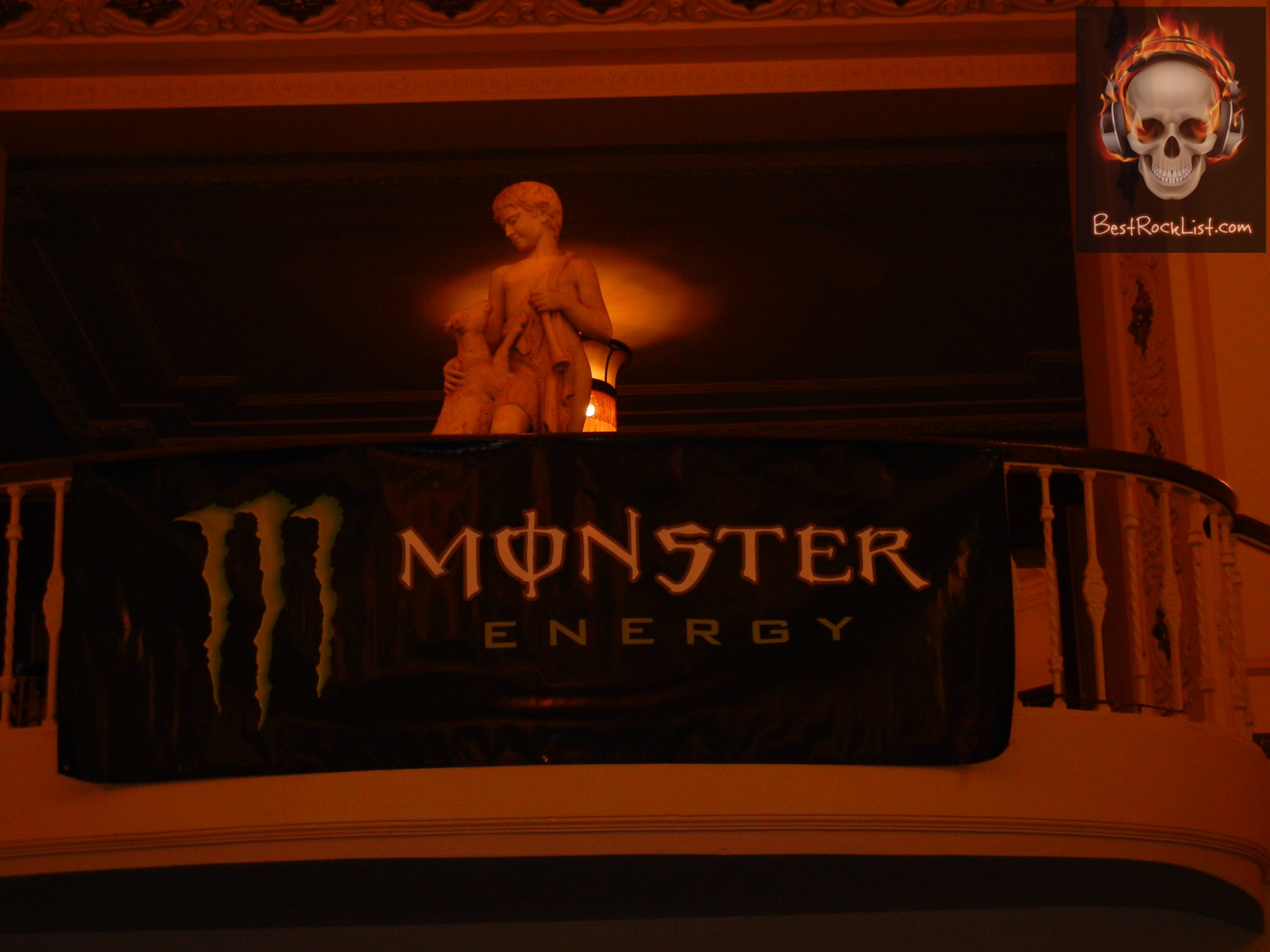 Throw The Fight started the night and really rocked the house.  They are based out of Minneapolis, Minnesota so they definitely have a Midwest sensibility.  They performed their catchy tune, “Not So Hollywood” of which I love the video.  The band members went straight back to their merch table and gave away signed Monster Tour cards and posed for pictures.  Watch their video here: 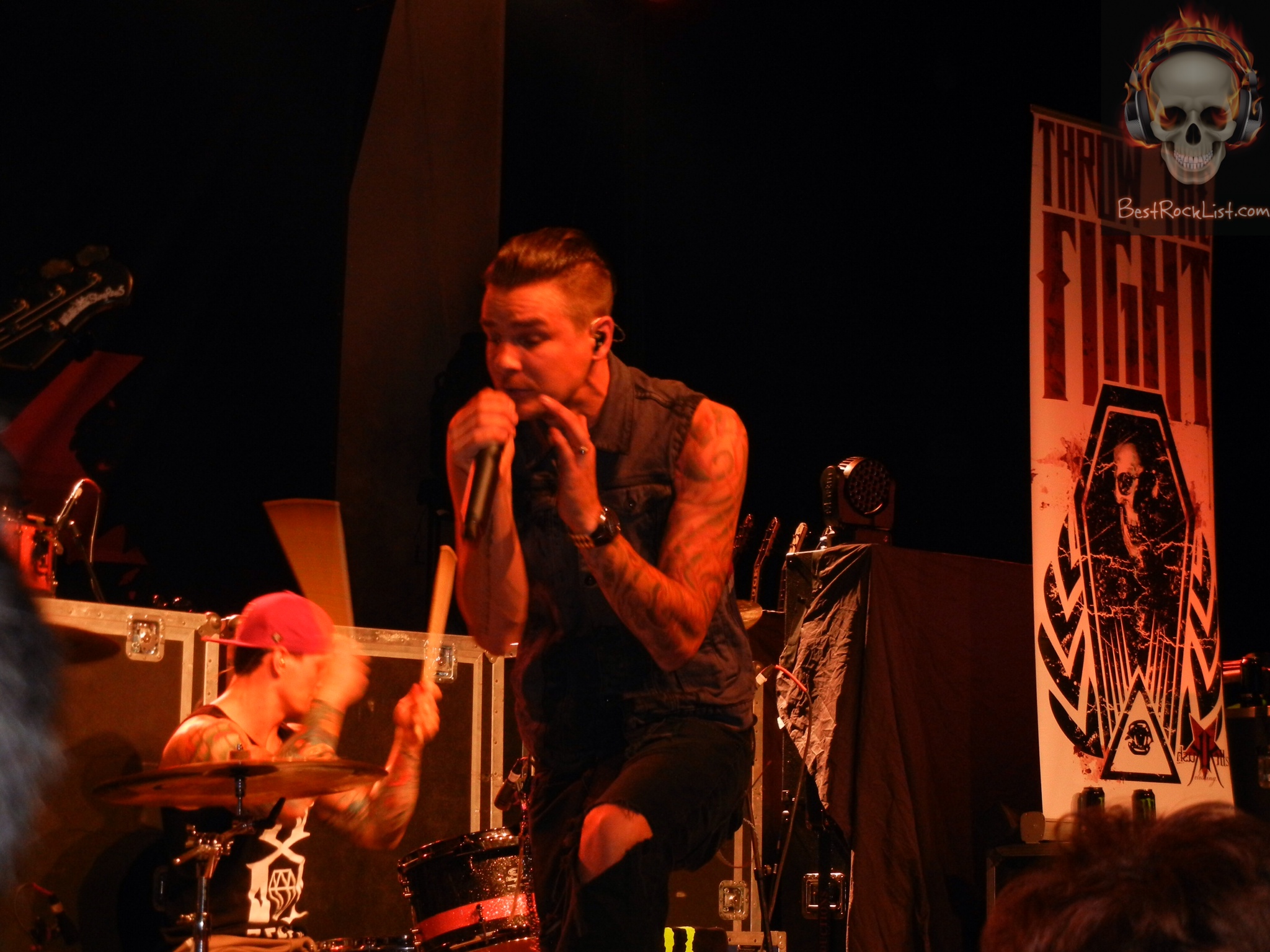 The female fronted band, Stars In Stereo, was next.  The vocalist, Bec Hollback, has a memorable voice.  They performed great songs off of their self-titled album including “The Broken” and “Every Last Thing”.  A member that was conspicuously missing was Justin Siegel, the bassist.  The reason for his departure from the band and tour is unknown at this time.  Jordan McGraw, the guitarist, actually has ties to fame as his parents are Dr. Phil and Robin McGraw.  The band went to the merch table and signed Monster Tour cards for the fans and posed for pictures with fans as well. 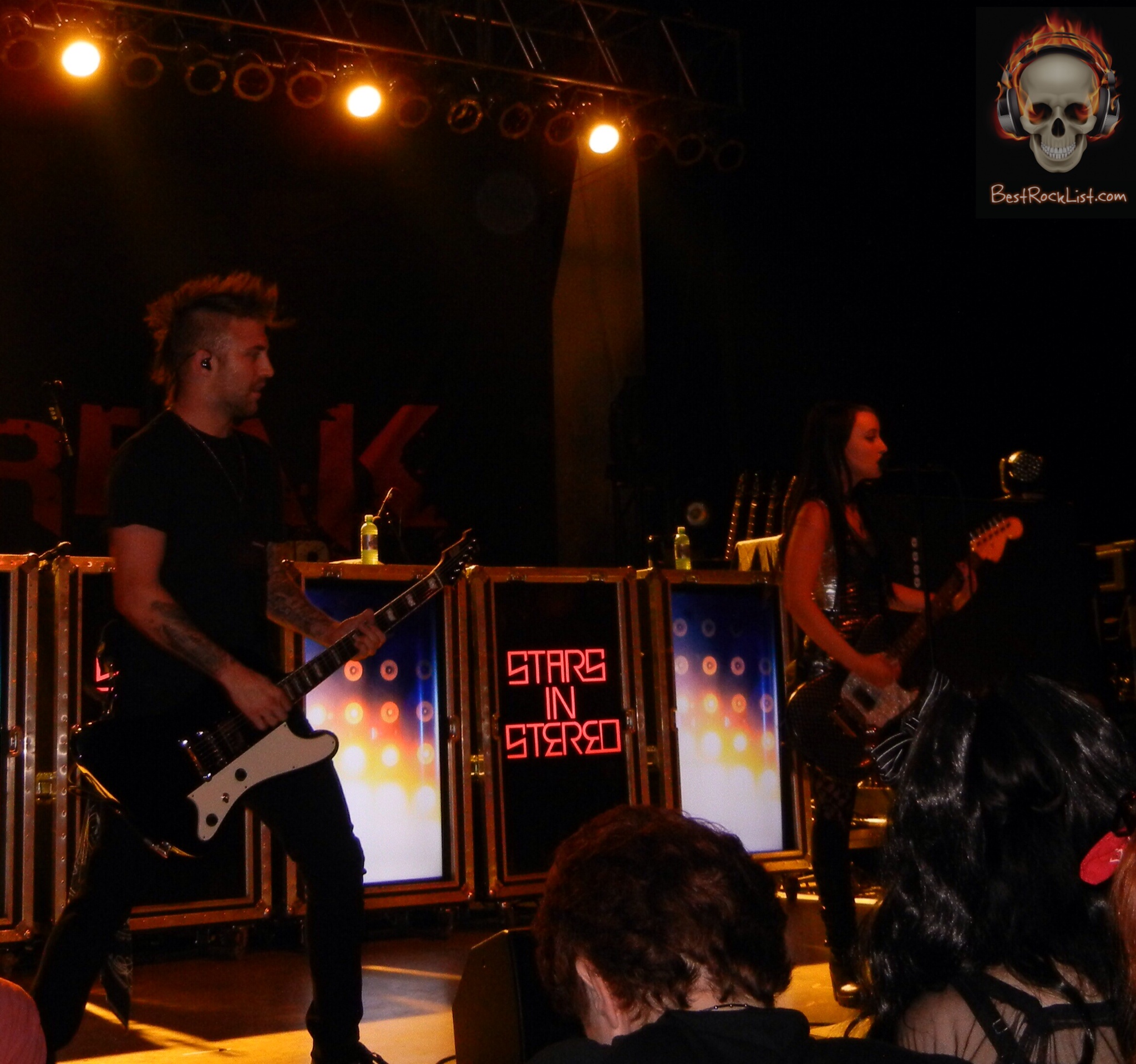 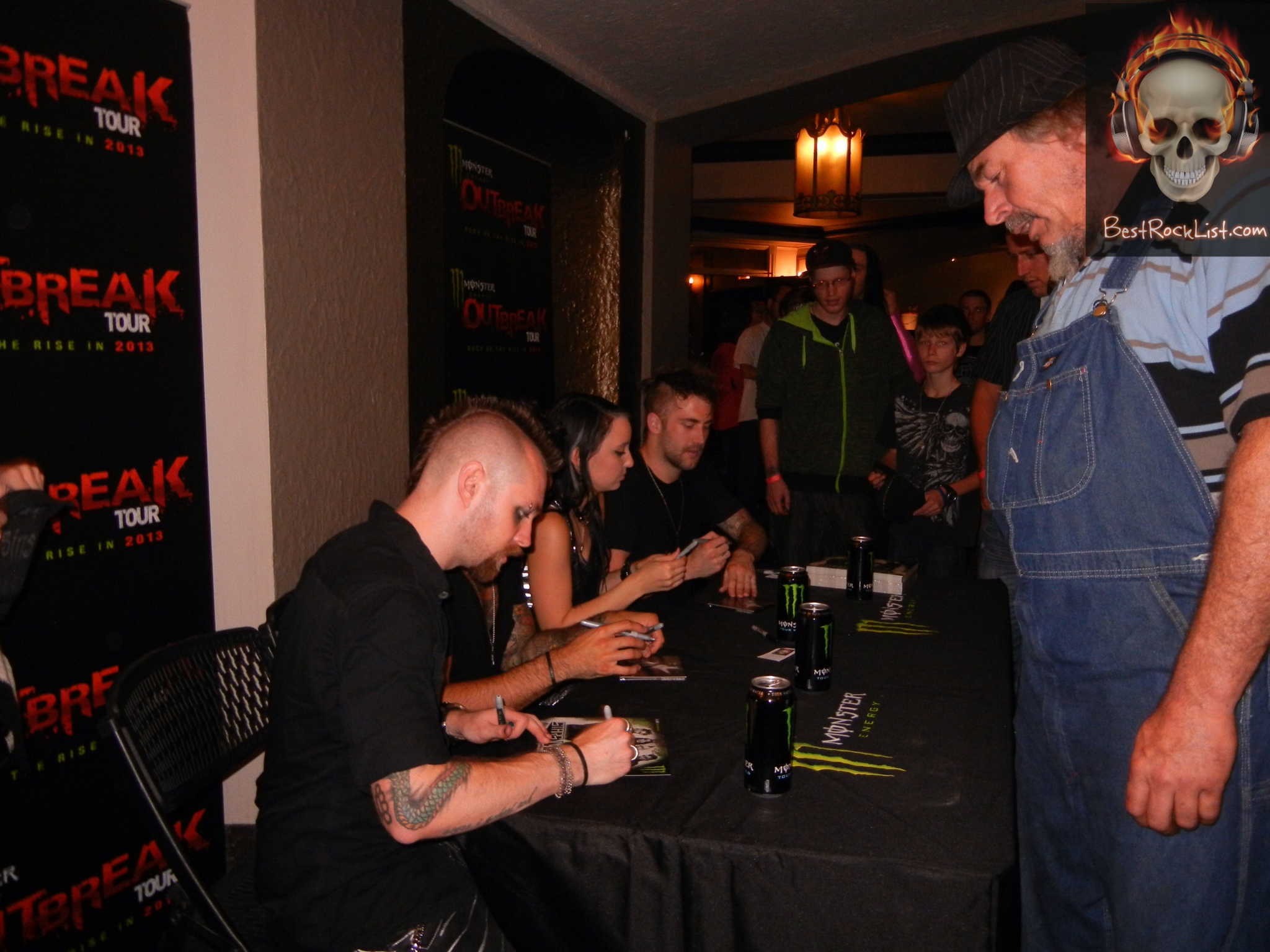 Black Veil Brides was the last opener and had a large following of fans that drove for miles to see them.  The farthest distance we found was Des Moines, Iowa which was approximately three hundred miles away.  Black Veil Brides are a truly inspirational band where the lead singer, Andy Biersack, has a cult following.  The song “Knives and Pens” is a song about the misconceptions of people that dress in black, wear makeup, have tattoos or listen to metal music.  Andy Biersack has a smooth as silk voice.  BVB fans are some of the most fervent about their music. 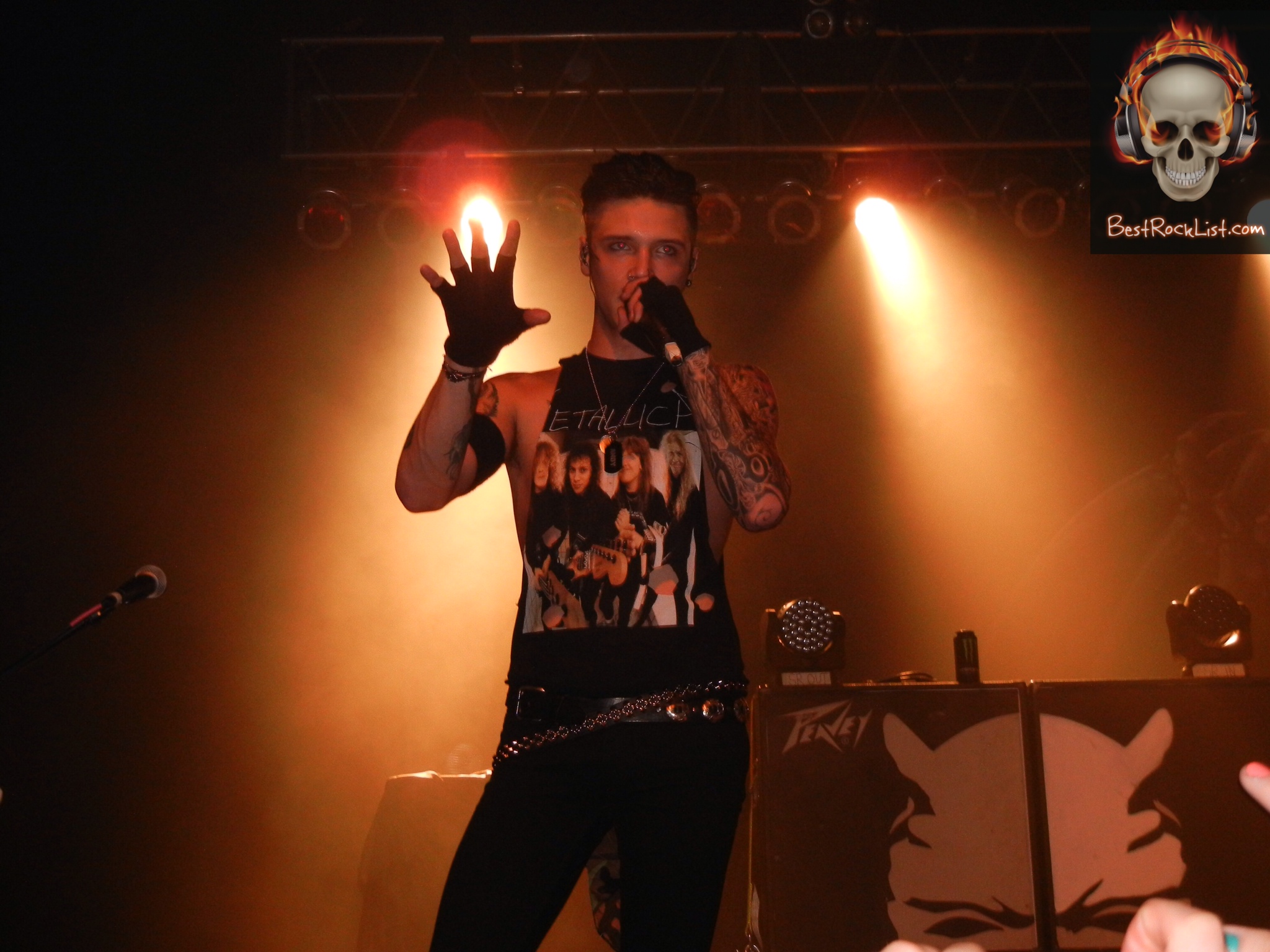 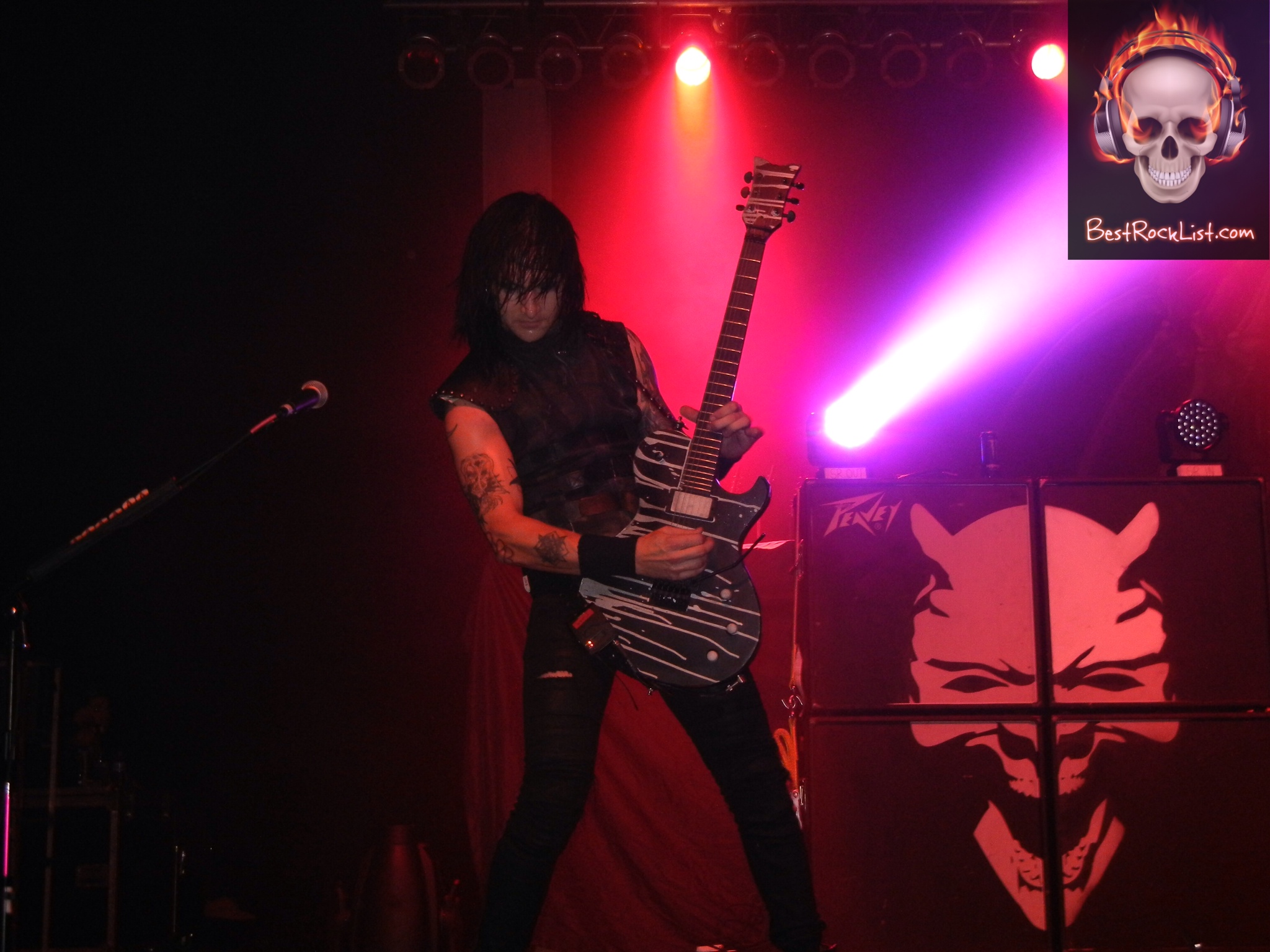 The final act, Bullet For My Valentine, was everything we expected.  Their stage had a few stage props like smoke, some lights and the backdrop from the Temper, Temper album.  The experience was mainly about the music.  I squeezed my way into the front row!  Padge, Michael Paget, was phenomenal on guitar.  He was mesmerizing to watch from the front row.  Their fans definitely had more testosterone.  It was an amazing experience to be able to see them so close and listen to the songs which were perfect live.  They saved “Tears Don’t Fall” for the very end which was everything their fans could hope for. 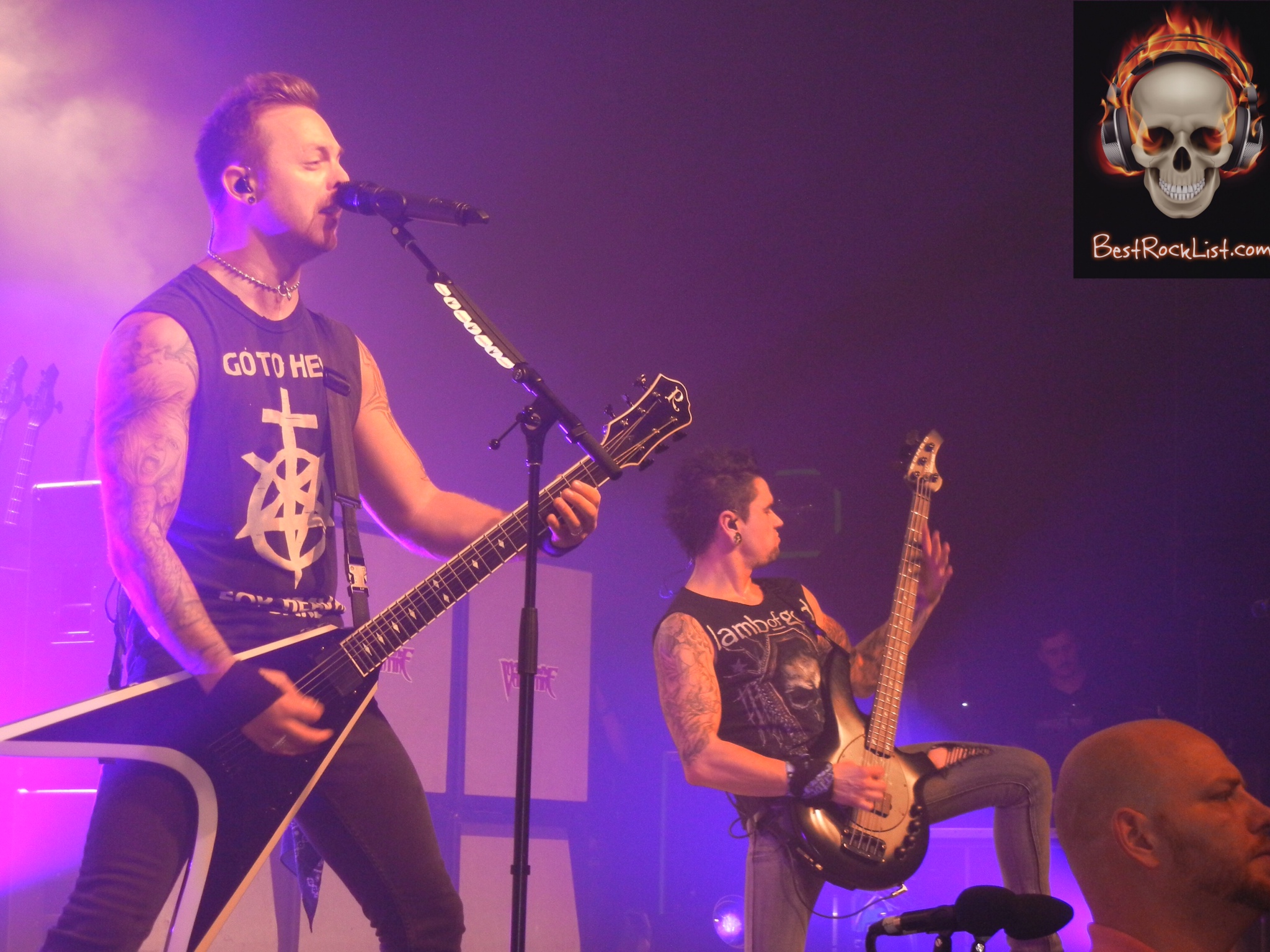 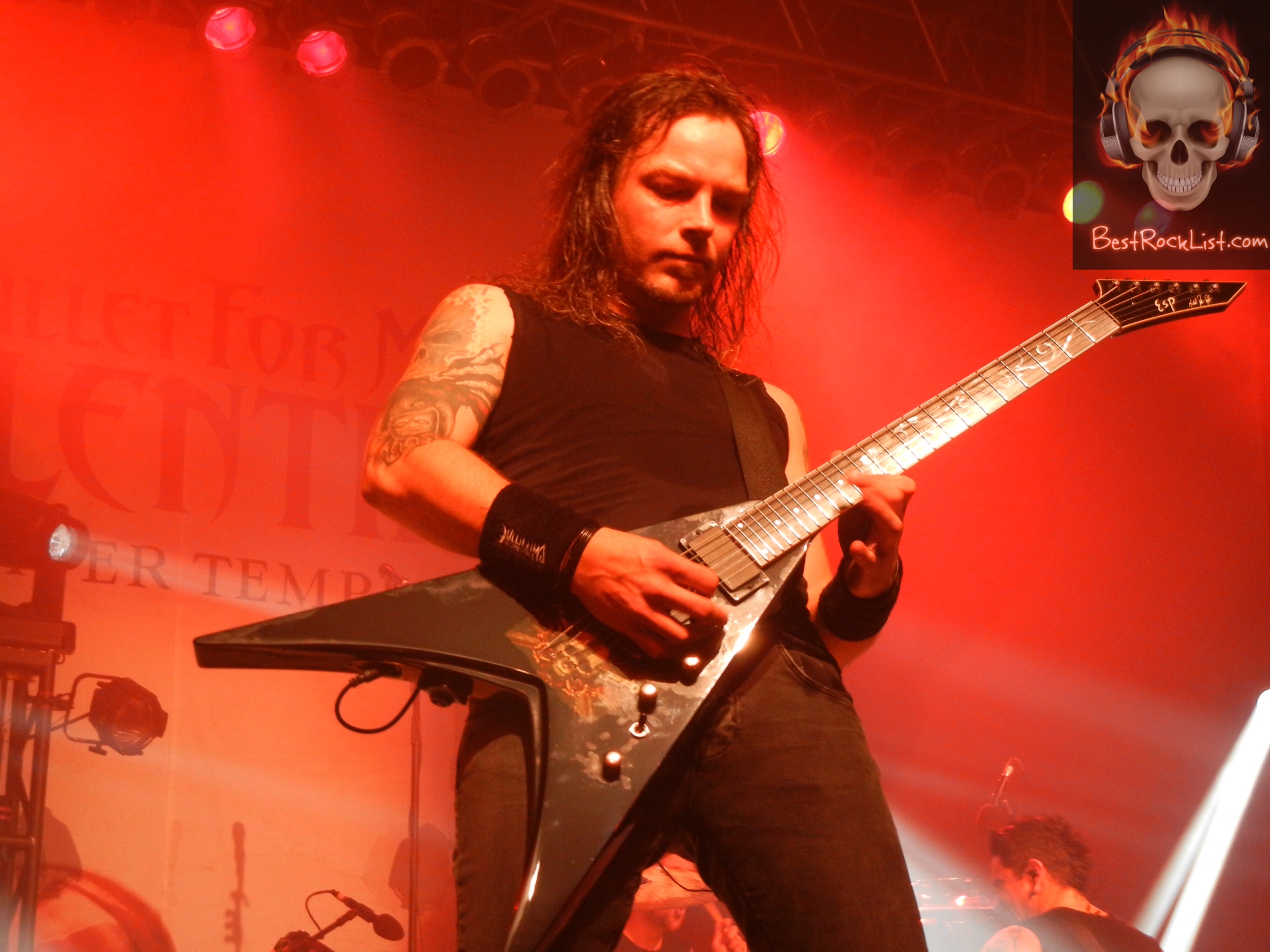 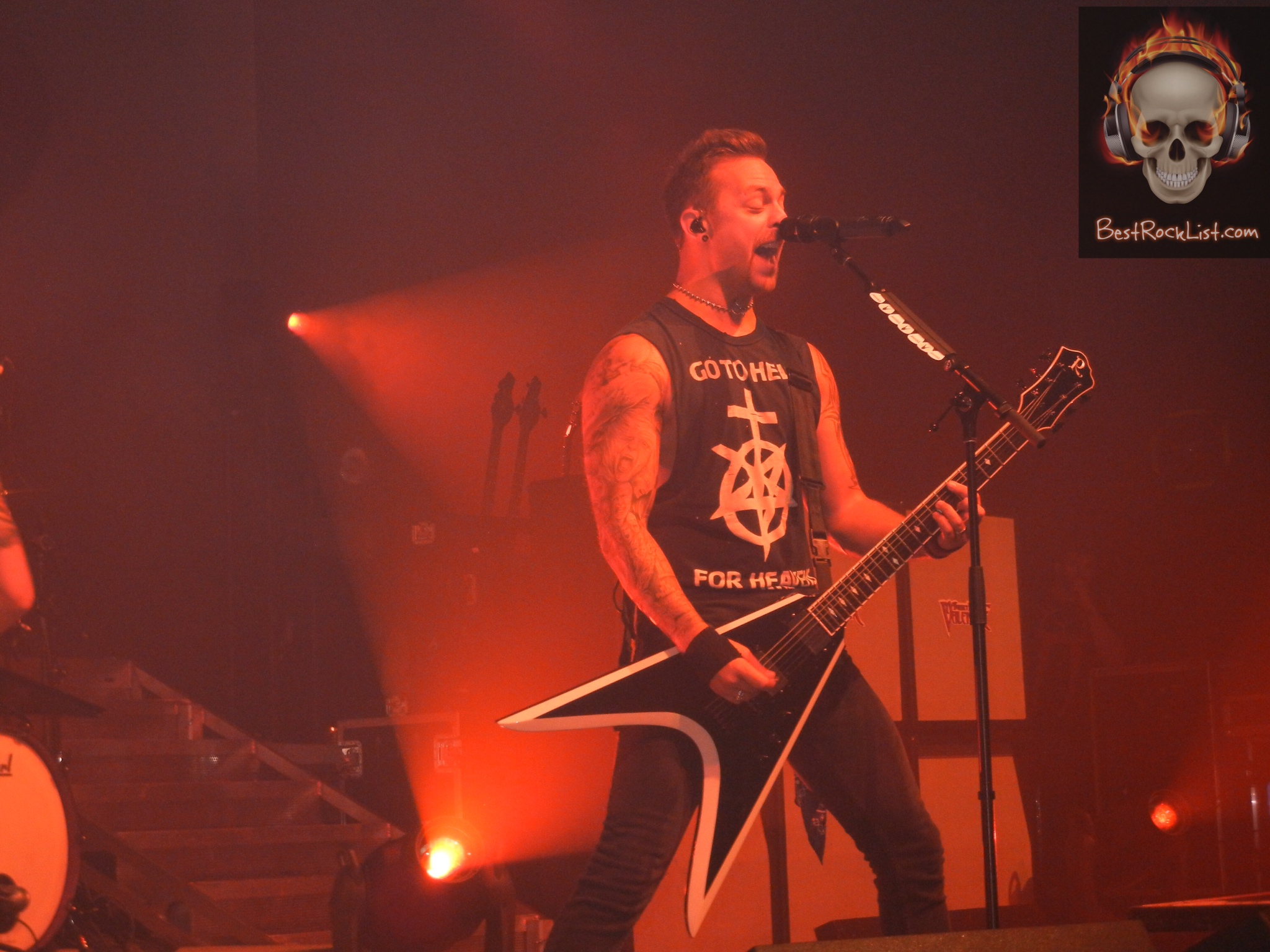 After the show, I waited to try and meet the bands and with reward.  I got to meet all the guys from Bullet With My Valentine.  Jay and Padge were especially nice just hanging out and talking to a few fans that had gathered behind the venue.  I am always amazed by the willingness of major rock stars to meet with fans graciously. 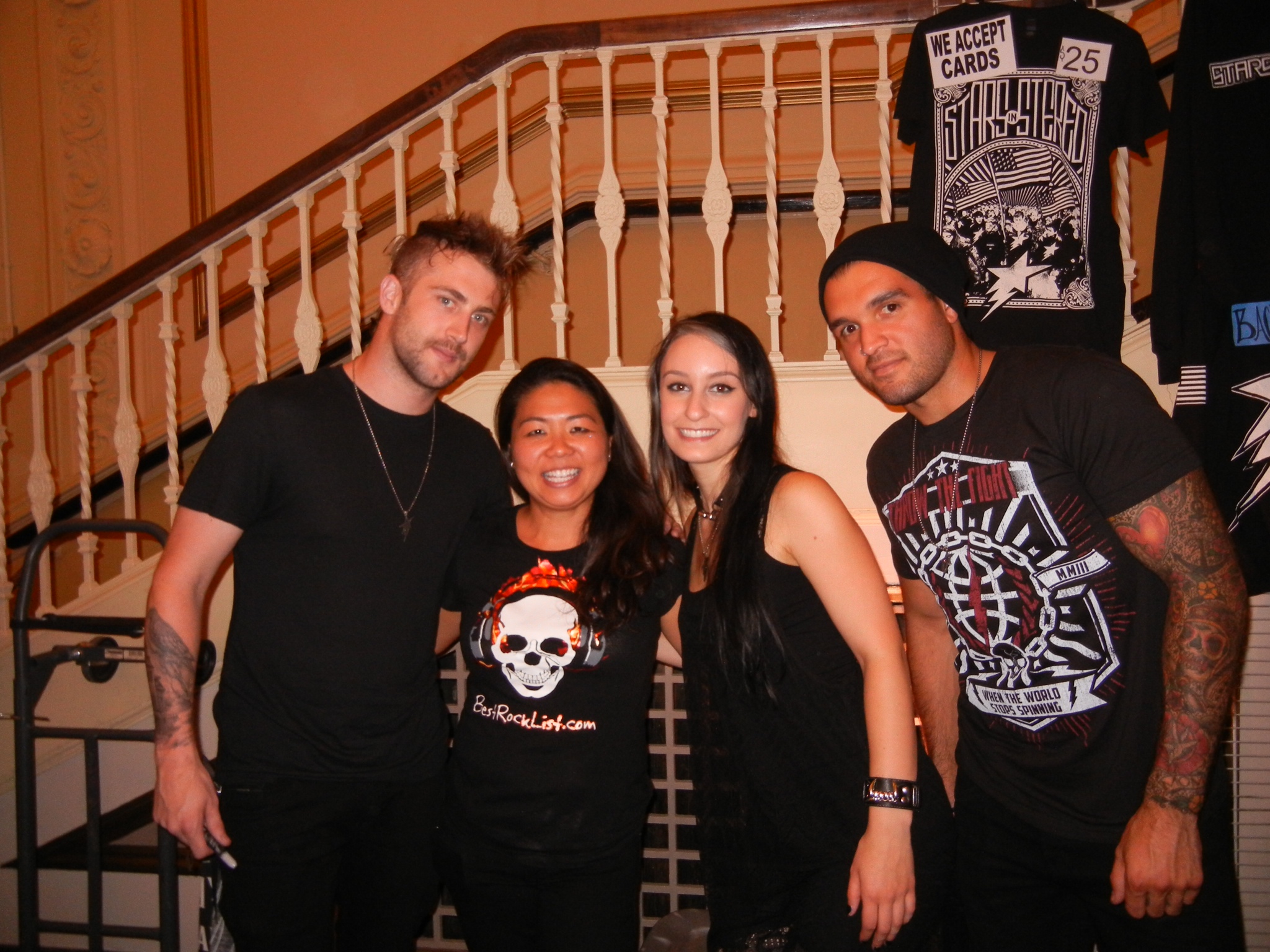 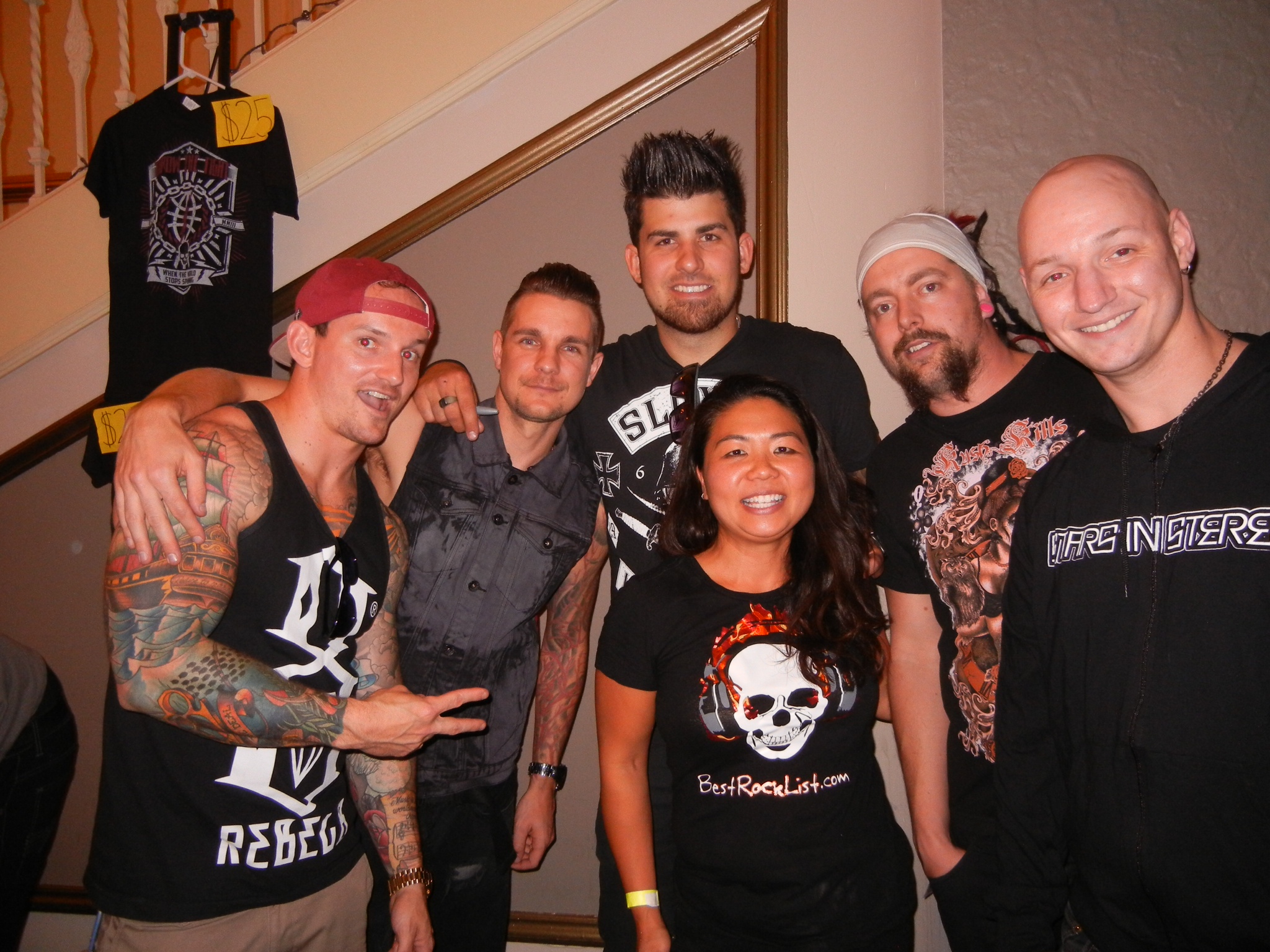 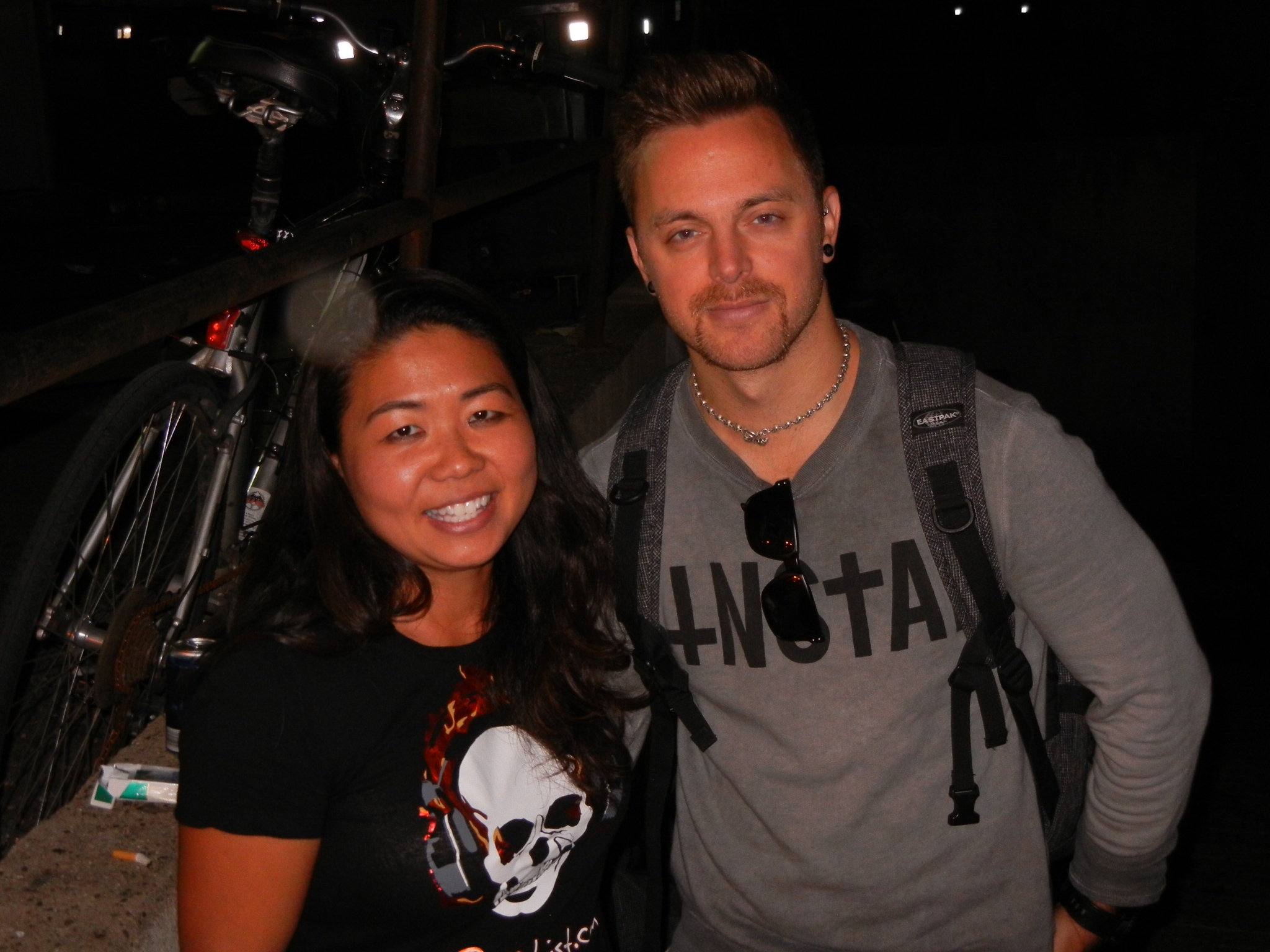 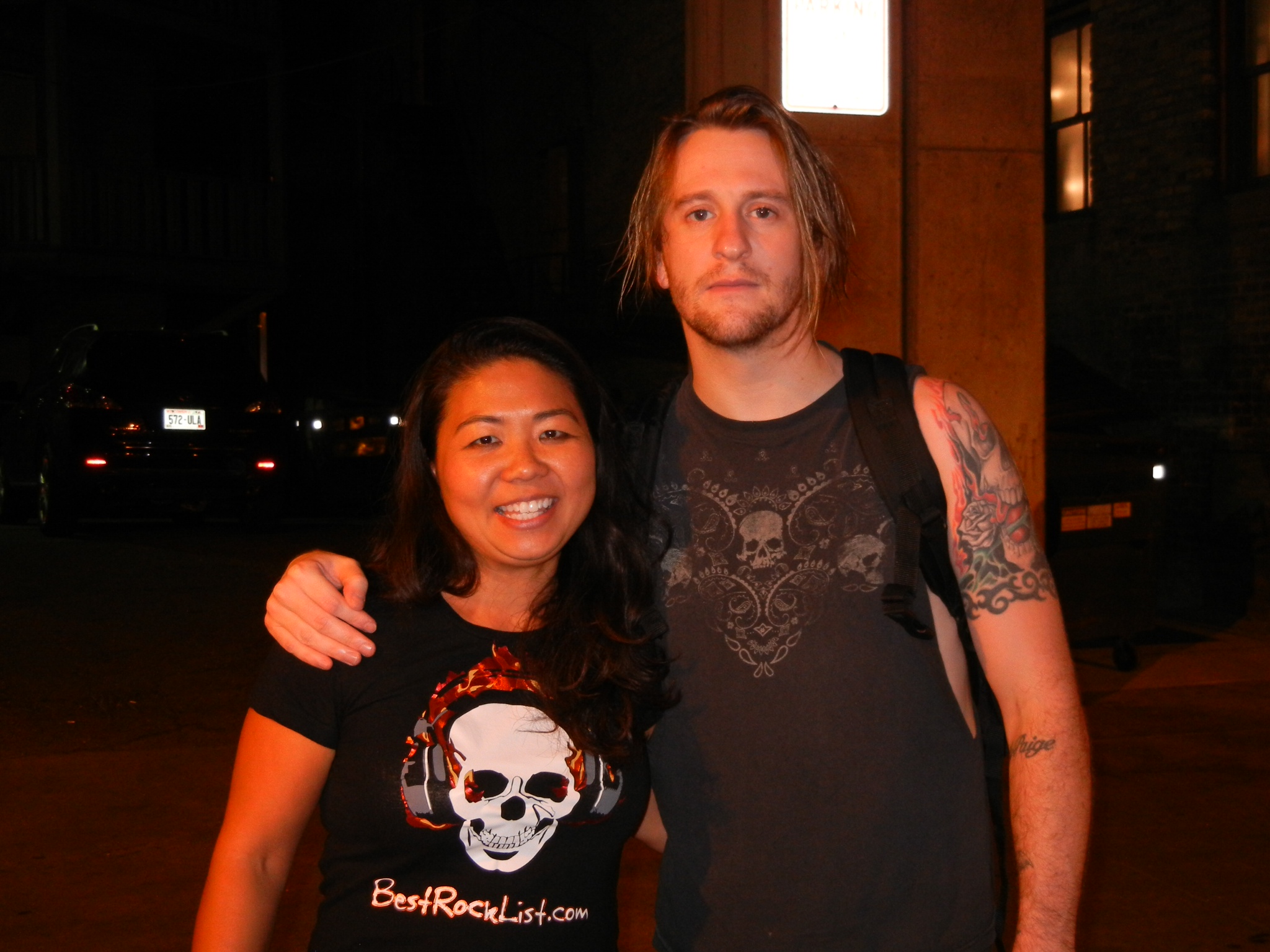 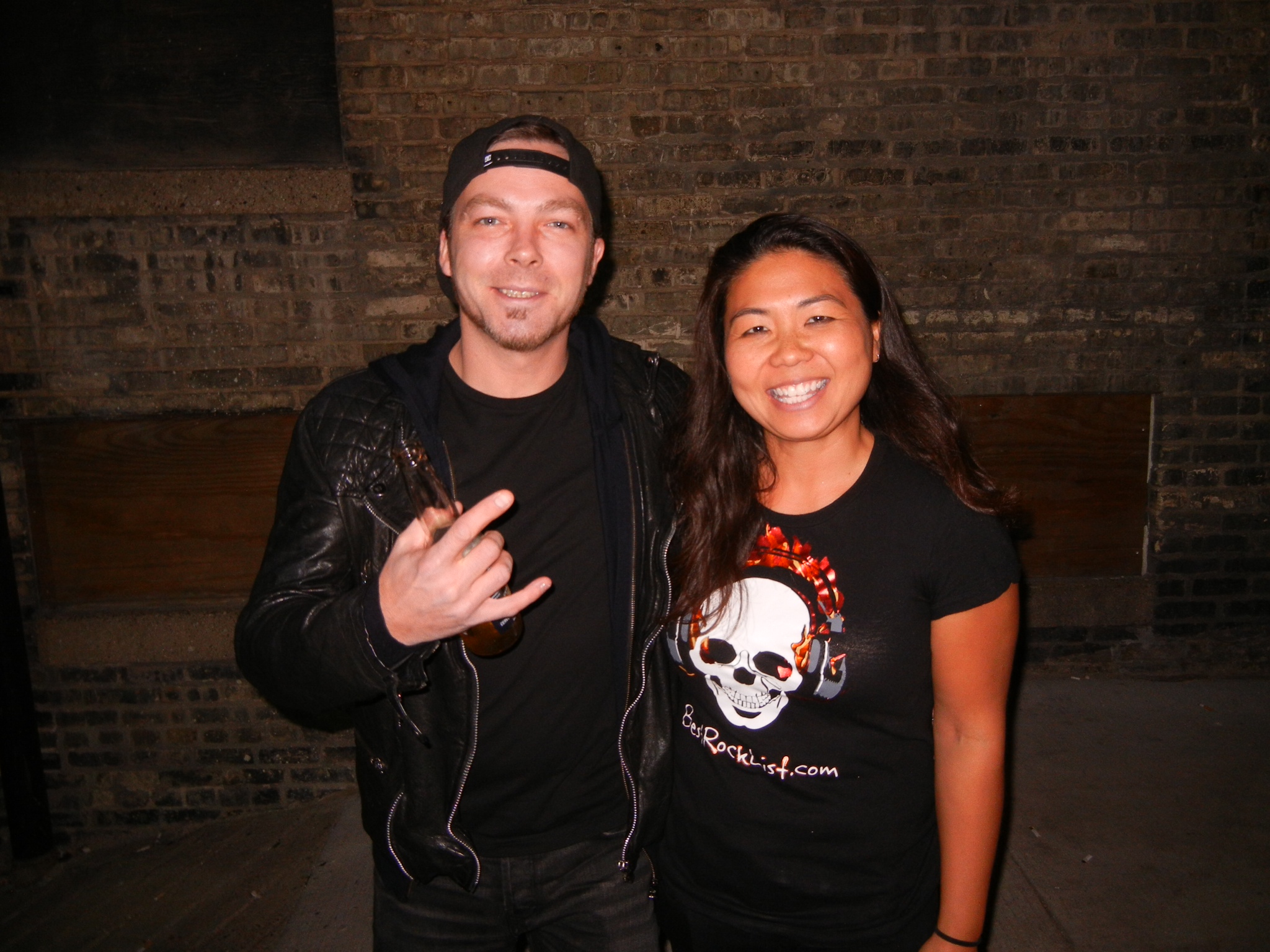 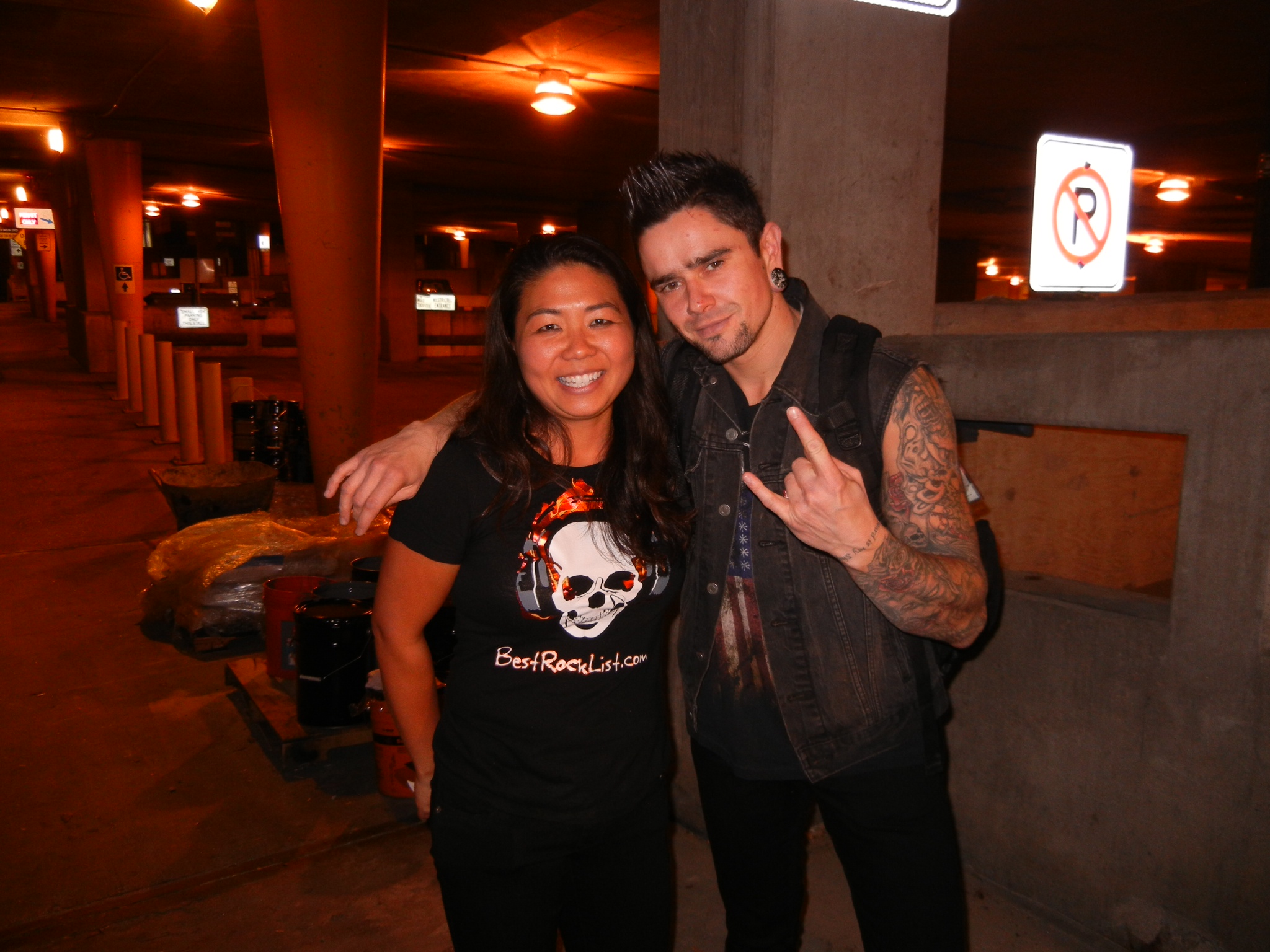