Shinedown and Breaking Benjamin have teamed up with Sevendust to create a super tour. Each band has a devoted following and fan base. Doors to the venue had notices that stated strobe lights were in use and loud fireworks as well. The signs piqued the curiosity of the crowd as they entered the venue.

Sevendust opened the evening and played one of the shortest sets ever. My companions and I missed most of their set due to traffic backed up for over an hour. Sevendust are a favorite in the area and the fans showed up early to see them. What I did see included Sevendust’s new song “Thank You” off their album Kill The Flaw.

Breaking Benjamin took the stage next with their return to making music and touring. Their number one album Dark Before Dawn is still highly successful. Fans came out to see their classic hits such as “Blow Me Away”, “Breath”, “Polyamorous”, “I Will Not Bow” and “The Diary of Jane”. Their performance was solid but sound issues seem to plague them. There were a few moments when sound was sub-par. Their stage was set with their signature Celtic knot of interlocking B’s flanking each side of the stage with pressurized air being shot from the top of each one. Part of their show contains bringing children on the stage with their parents. It was a dream come true for some of the kids and their parents. Ben Burnley, the main force behind Breaking Benjamin and only original member, spoke about being in the crowd when he was younger and knowing that he wanted to perform some day. Fans embraced their set and loved the mix of new and classic songs.

I was always just a passing fan of Shinedown but I am surrounded by friends who have seen them double digit times. They have listened to their music at their lowest times in their lives to emerge with hope. Shinedown is their music friend. Their latest album Threat To Survival has relatable lyrics that paint a visionary tale with extremely catchy hooks. The album is the most listenable of 2015 and is definitely on the list of the best of 2015. While some fans will miss the hard rock that Shinedown has been known for, new fans will be able to still feel a little of the hard rock with “Cut The Cord”.  Brent Smith told the crowd that night that they knew that the album would change some things up. A deliberate move to pop rock while retaining the lyrical genius.

You built this fortress
I stumble towards it”

The show was punctuated with pyrotechnics with flame cannons and loud fireworks. The setlist included a lot of new songs and songs that go along with the pop rock feel such as “Bully”, “State of My Head”, “I’ll Follow You”, “45”, and “Simple Man”. 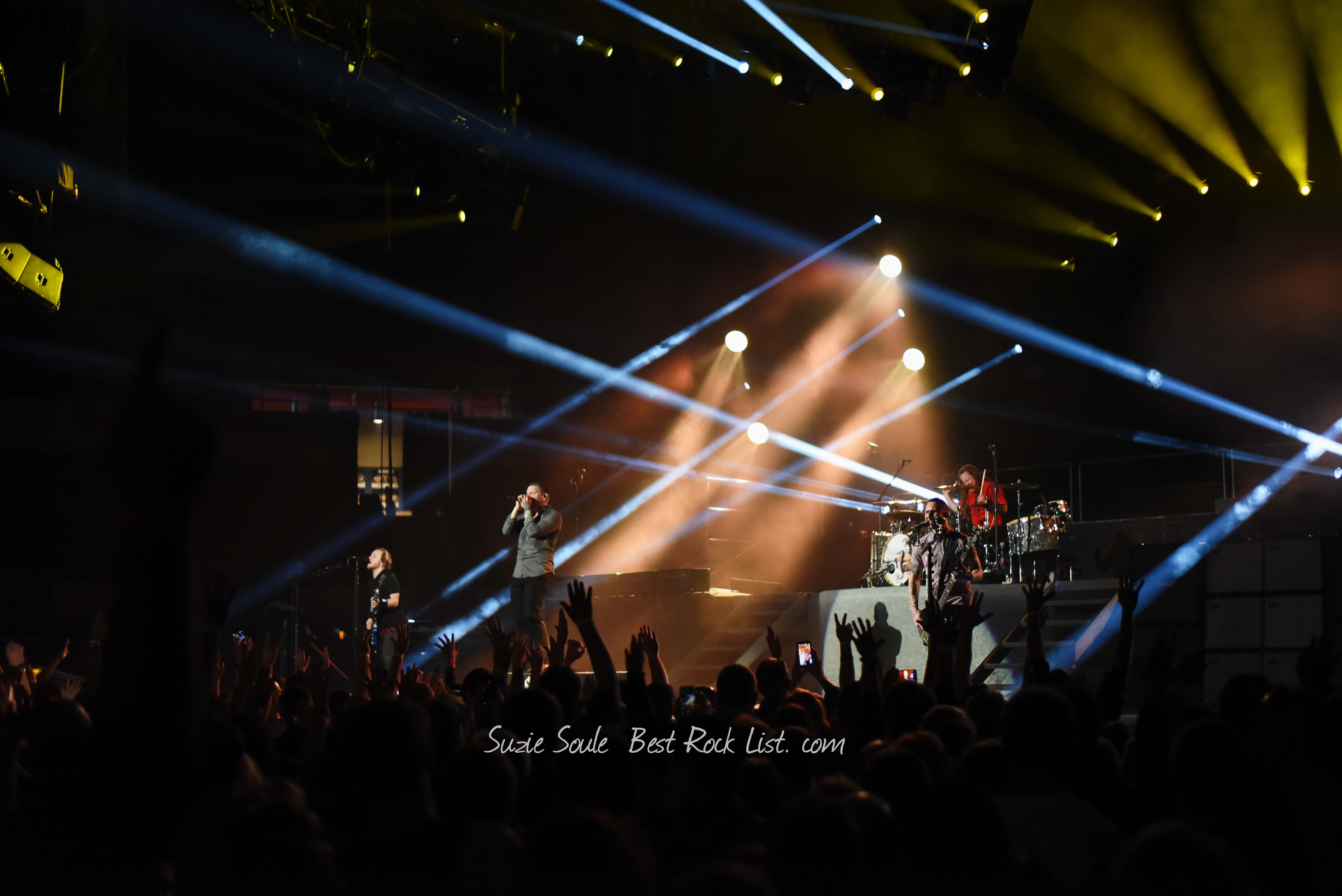