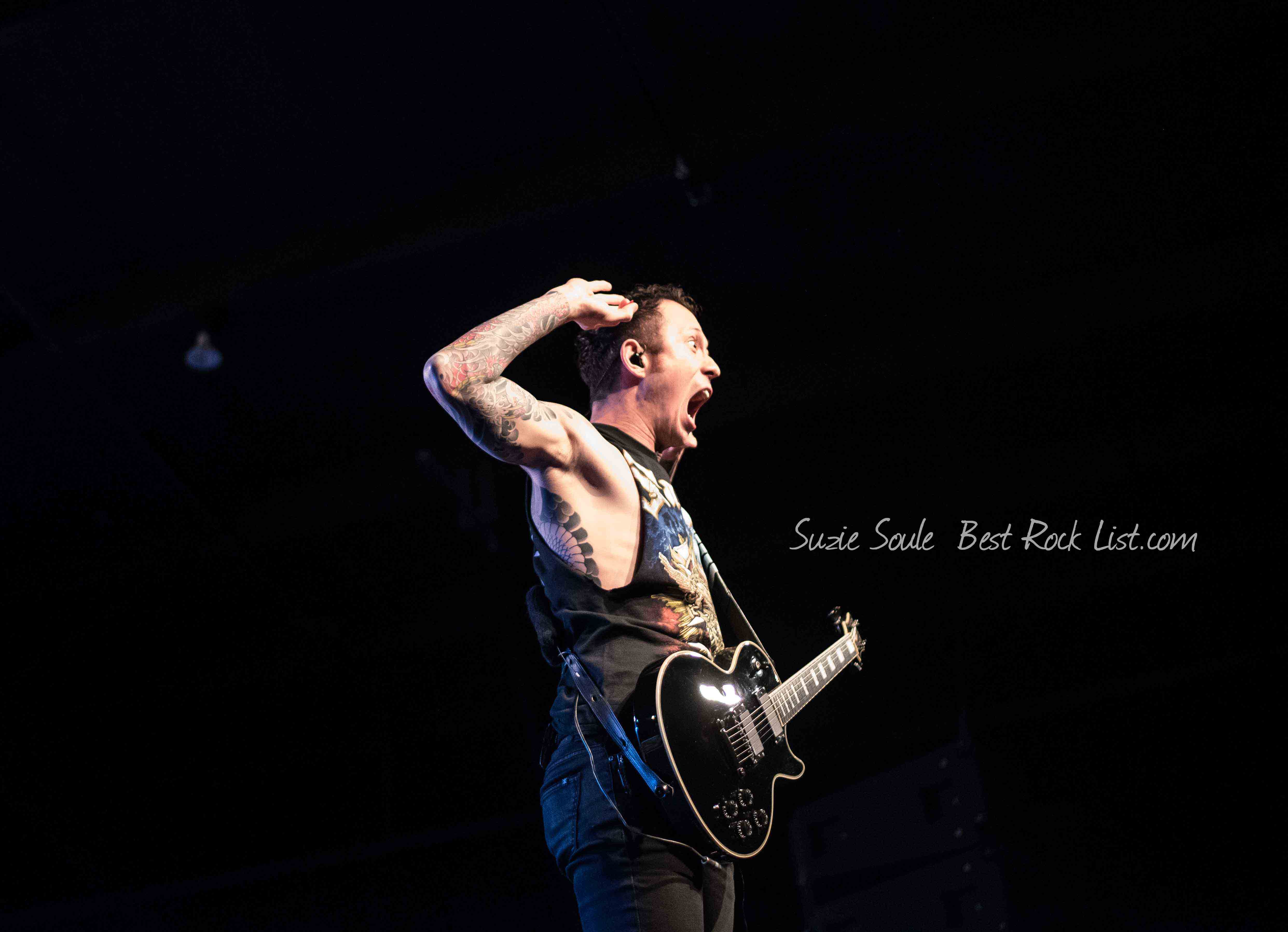 Huntress is a classic style metal band with power vocals by Jill Janus. Huntress recently played the Ozzfest Meets Knotfest in September and are out on the road with Trivium. Jill Janus has been honest about her struggles with bipolar disorder, schizophrenia, and dissociative identity disorder. She also had to physical recovery due to cancer surgery that caused the band to cancel tour dates in 2015. Now they are on the road and their performance is as strong as ever. Their songs “Harsh Times on Planet Stoked” and “I Want To Fuck You To Death” along with “Eight of Swords” had the crowd engaged. Jill Janus gave some background to the late Lemmy Kilmister of Motorhead writing the song “I Want To Fuck You To Death”. They have personalized art and jewelry for sale along with their shirts and music. 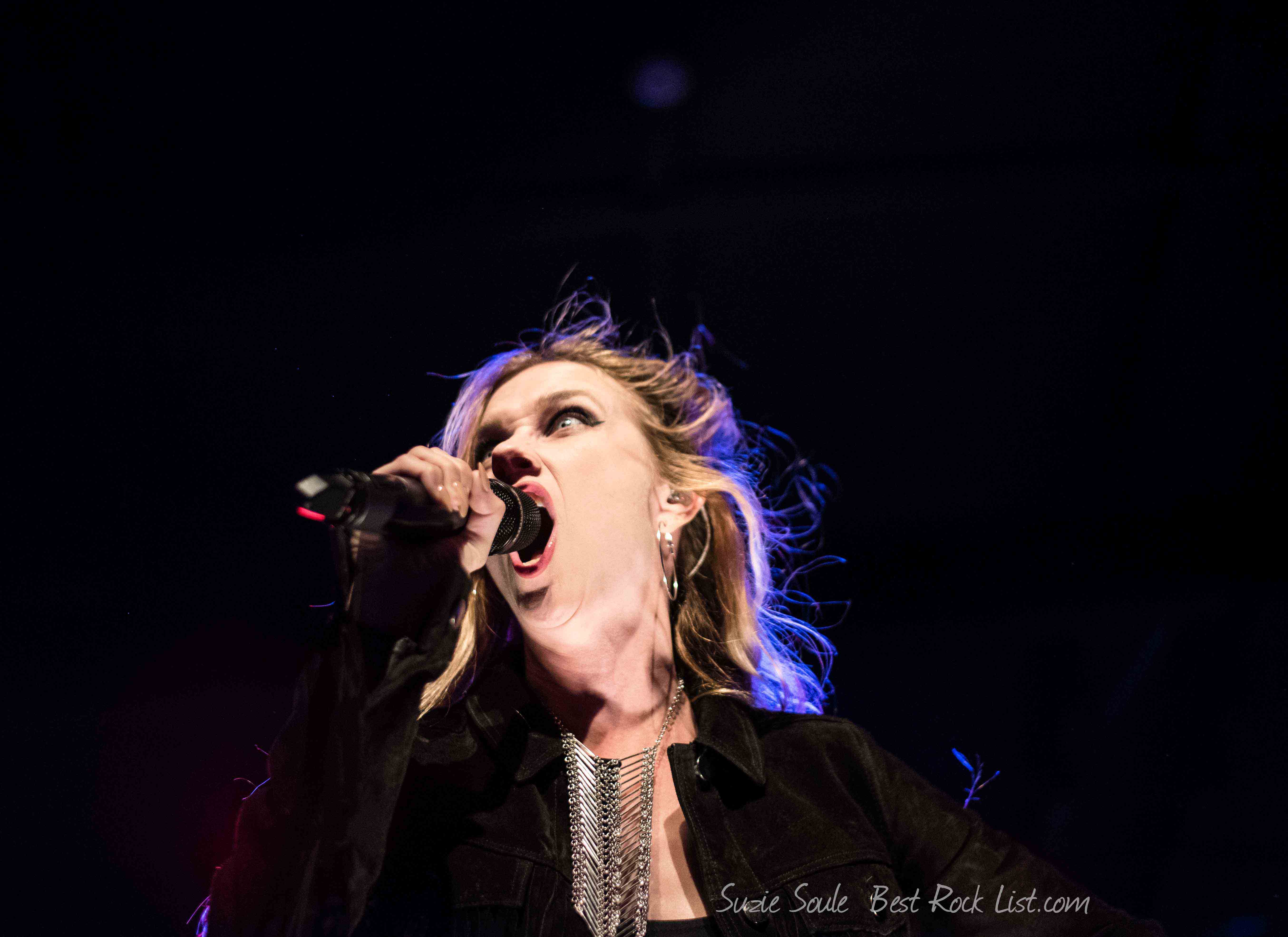 Sabaton was next and admittedly, I had never listened to Sabaton prior to the night. They are a Swedish metal band with references to historical battles. They were all outfitted with camouflage pants and vocalist, Joakim Brodén, had a military looking vest outfitted with crosshatched metal plates. Sabaton had not played in Peoria before and said they were nervous about their reception. They were not disappointed with their reception by the Peorians. A fan with a sign that said “I learned more about history from Sabaton than in school.” Although some misinformed fan gave them a Scottish flag instead of a Swedish flag and I have no idea why. Maybe more world Geography needs to be taught in schoosl. If you’re going to take a flag to the show, make sure it is the right country. Sabaton delivered a testosterone filled show. The crowd participated in singing along to their songs “Swedish Pagans” and “Winged Hussars”. Even I had to ‘google’ that so I learned about history that night as well. A young fan whose first show was Sabaton was brought on stage. The lucky boy had a great experience for his first show but he was a natural when they had him play the cymbals during the show. 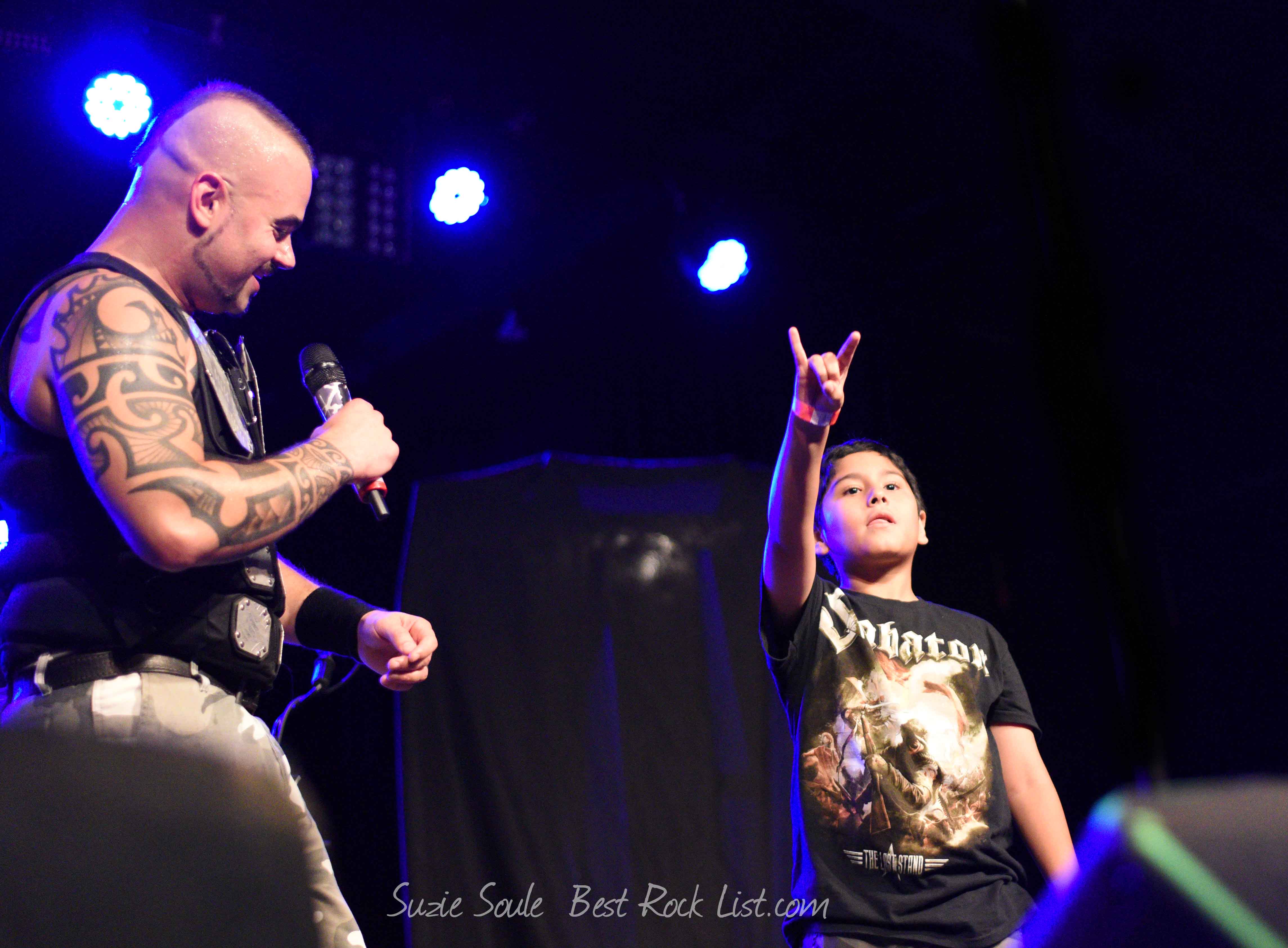 Trivium was the main attraction and they started the night with “Strife” their best known song. Trivium is from Orlando, Florida and consists of Matt Heafy (vocals), Paolo Gregoletto (bassist), Corey Beaulieu (guitarist), and Paul Wandtke (drummer). Most of the crowd that remained with Trivium were diehards having seen them multiple times. Fans were excited to see them on a headlining tour in the area. A lot of the crowd cleared out but that left plenty of room for the circle pit to start up. Trivium’s sound has evolved over time and they continue to play songs from their entire catalog.  Matt Heafy’s vocal range is similar to David Draiman’s and Draiman produced their sixth album, Vengeance Falls. I feel that album really portrays Heafy’s vocal ability but perhaps he is trying to take it easier since he had problems with his voice going out in 2014 after Rock On The Range. While their new album, Silence In The Snow has technical prowess and great imagery, it has only melodic singing on it. They have gained fans with their catchy melody of “Until The World Goes Cold”. Regardless, they played songs from almost every album that night.
Their setlist:
Strife
A Gunshot to the Head of Trepidation
Forsake Not The Dream
Rise Above The Tides
Into The Mouth of Hell We March
Silence In The Snow
Entrance of The Conflagration
Anthem (We Are The Fire)
Built To Fall
Until The World Goes Cold
Down From The Sky
Rain
Pull Harder on the Strings of Your Martyr 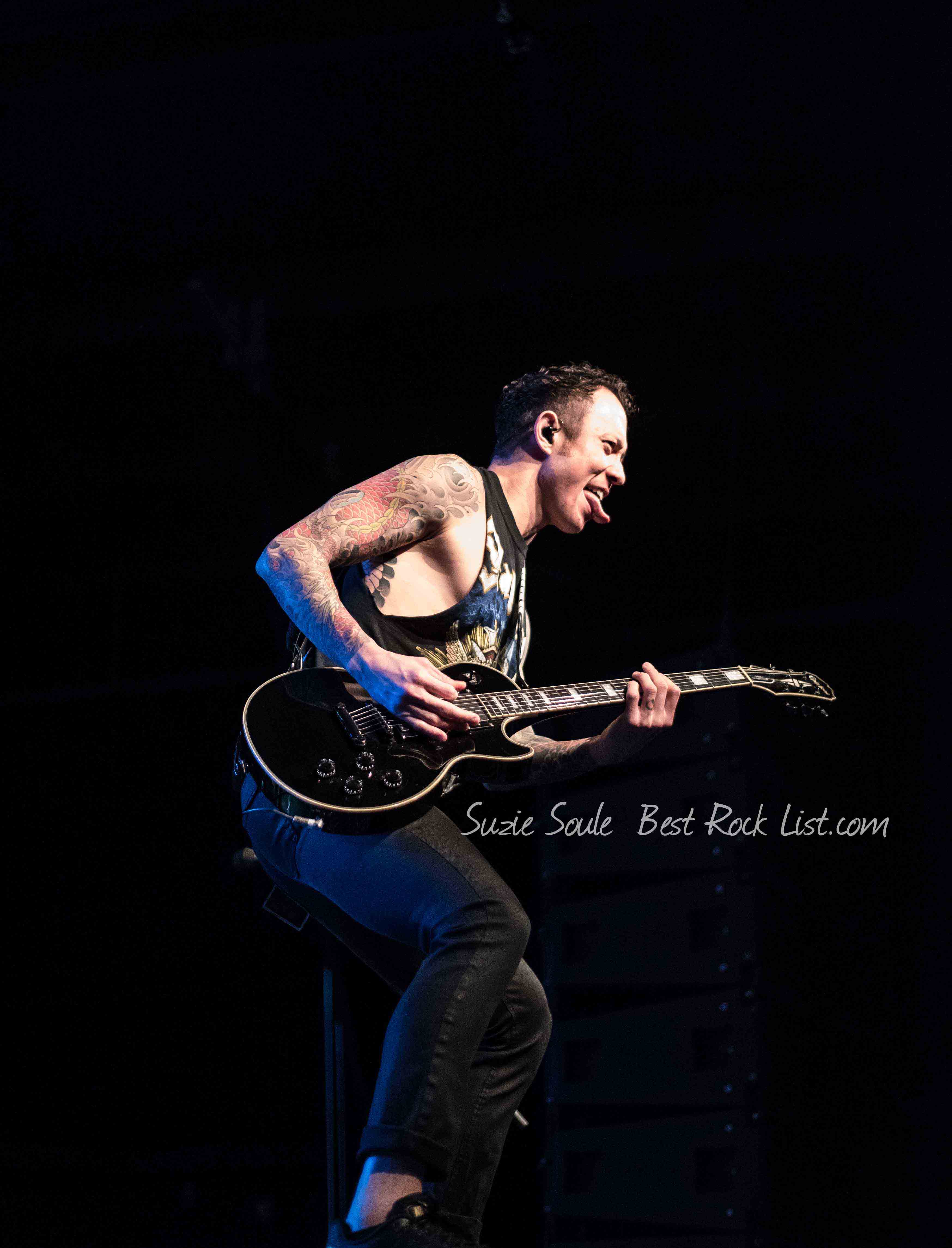