September Mourning is an alternative hard rock band that has toured with Marilyn Manson and Gemini Syndrome.  September (Emily Lazar) is the vocalist and creative force behind the band and their multi-media offerings. Along with an album that is scheduled for release this Summer, they are releasing a comic book to chronicle their story.  September Mourning has worked with comic legend, Marc Silvestri, for production of their comic book. Marc Silvestri is best known for drawing many X-Men issues. The beautiful September has an amazing voice and a compelling presence.

Best Rock List asks September about the concept and imagery of September Mourning, what bands they would like to work with, and their plans for the summer.

BRL: Your band is one part of your greater idea including comic books and concept of a fantasy world. What is September Mourning about?

SM: In a nutshell… The character of September Mourning is a human-reaper hybrid, who feels the need to give some human souls a second chance at life, and thus disregards the direct orders of Fate.

BRL: The girl reaper, September, has a lighter image versus the rest of the reapers. Is there a reason why she is dressed in white while the others are in black?

SM: On a symbolic level the white costume stands against the black as a sort of reminder of September’s humanity. She is unlike all of the reapers that have been made by Fate. The others are warriors of death sent for a purpose to take the souls that Fate has asked for. She became a reaper hybrid when another of Fate’s reapers sacrificed himself for her, instead of taking her and in doing so gave her eternal life and his powers alongside her humanity. Because of her inception, She is the only one of her kind. On a personal level, I have always had a fascination with death. For me death is just another part of life as we know it. The final part but still a part in itself. An inescapable truth. Without the knowledge that our life on this planet is finite we wouldn’t have the appreciation for the time we have. That knowledge and appreciation is a beautiful thing. I find that people tend to vilify death in a way… and in doing so, everything about it and the culture that surrounds it is often dark or black in color. I went against that…. I wanted to make September angelic… like a Valkyrie… this being that at its core is angelic and beautiful but you know once you see her she is the last thing you will ever see.

BRL: You call your fans “Children of Fate”. What is the significance of both the child and fate references?

SM: Each soul on this planet is a product of fate…. thus coining the phrase, “Children of Fate”…. On a deeper level, it is meant to be empowering. To remind us all that we have the power to forge our own future and destiny… that nothing and no one can stand in our way of what we want to become. 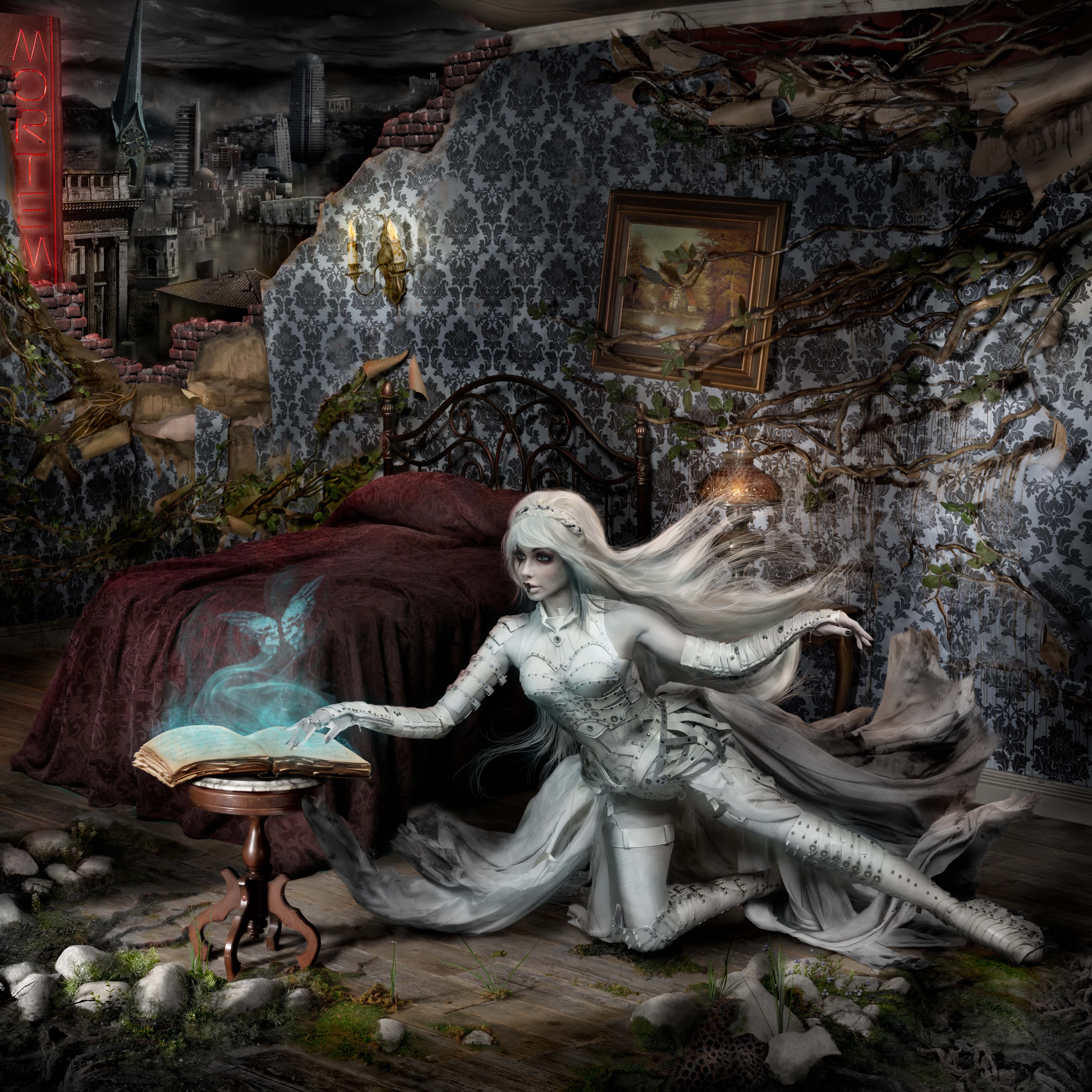 BRL: September Mourning is a concept band that has a sound that pulls from different genres and I hear a lot of symphonic metal in the sound. You have toured with metal bands in the past. What bands do you want to work with in the future?

SM: Symphonic metal does have its place in our sound, although we pride on having more of an alternative hard rock band sound. Bands such as Avenged Sevenfold and Black Veil Brides could definitely be fun on the metal side… although I would love to be able to share a stage with bands such as Muse, 30 Seconds to Mars or Paramore… and on an even different level maybe even Lady Gaga because I love her theatricality.

BRL: On your Facebook page, it states the band is from Mortem but is there a place in this world that your original selves are from?

SM: I’m from New York. The others in this band span across the United States to California, Kansas, Texas and even across the globe to France.

BRL: Is there a release date and name for your upcoming album?

SM: All will be revealed very soon… we are looking at summer for a release.

BRL: You are slated for Rock On The Range in a couple of months. What are your other touring plans?

SM: We will be collecting souls across the US as a warm up for Rock On The Range as well as Atlantic City Comic Con in New Jersey. After that run we have a lot more Soul Collecting to do… You can keep in touch with them all on our social media sites or go to Septembermourning.com for the links