Wednesday night in Champaign, Illinois was chilly but the Foo Fighters fans were out in droves to see the band who has been performing for twenty years. State Farm Center which is the renamed Assembly Hall, had hosted the band before seventeen years ago along with the Red Hot Chili Peppers. Needless to say, it was the first time for a lot of fans to see Foo Fighters live.

They only have one opening band because their catalog is twenty years deep. They have had three albums come out in the last five years including Sonic Highways, along with their HBO special that spanned the United States in famous studios, Saint Cecelia, an EP which was offered for free after the tragedy massacre at Le Bataclan, and Concrete and Gold released September 15, 2017.

Openers were The Struts. Never heard of The Struts? You probably have heard their rock anthem hit “Could Have Been Me” and sung along without even realizing it. The track is one of the timeless songs that every person can relate to. The story of living a life without regrets. The Struts hail from England and look like they stepped right out of the golden age of rock, the seventies. Luke Spiller, the vocalist, looks like the child of Freddie Mercury and Mick Jagger.

Their hit song “Could Have Been Me” is not a one-hit wonder. Their debut album Everybody Wants has hits all over including “Kiss This”, “Put Your Money On Me” and “Dirty Sexy Money” This year, they released the Queen-sounding ballad, “One Night Only” and we are eagerly awaiting their second release anticipated in early 2018.

You can learn more about The Struts at their website: www.thestruts.com 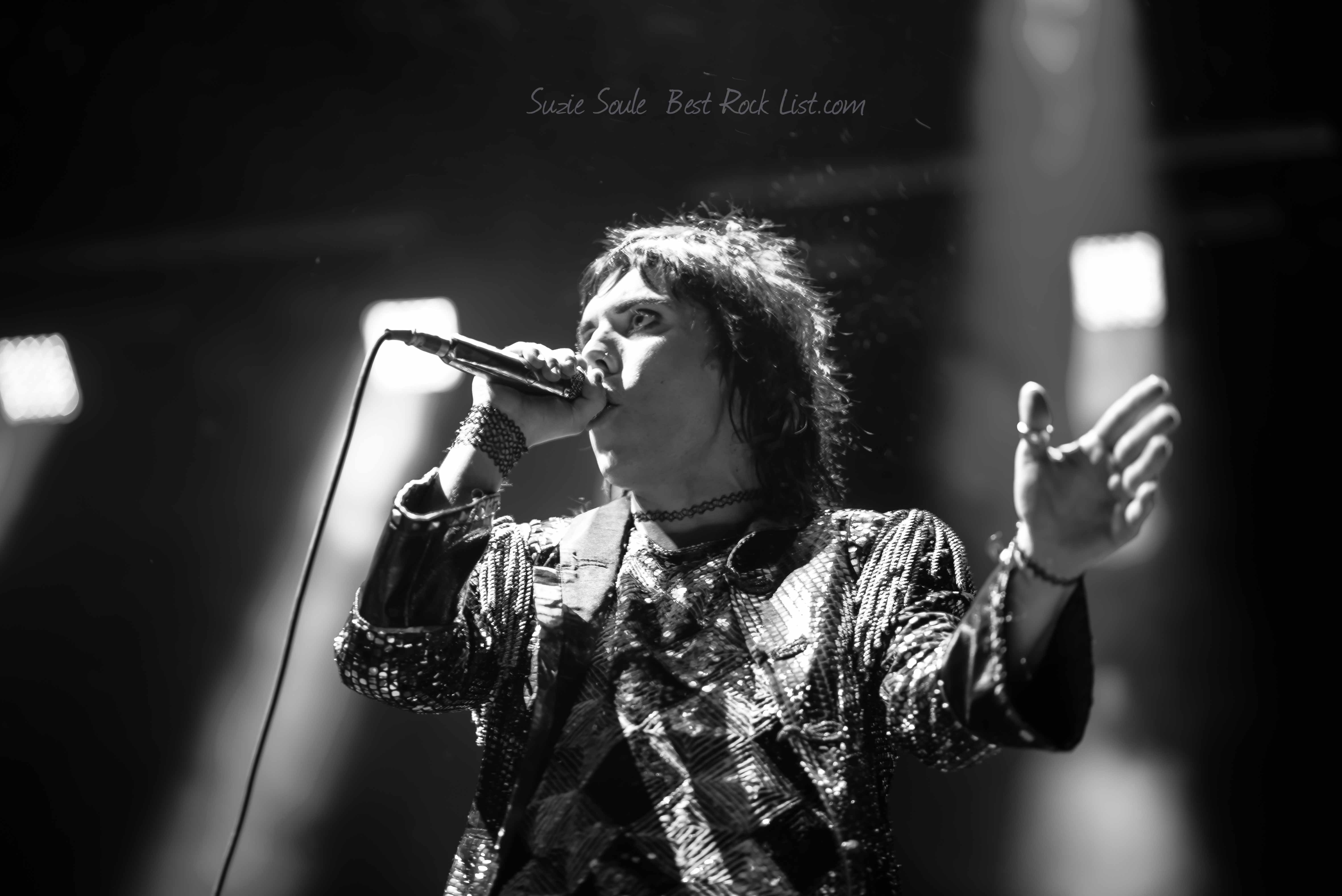 Foo Fighters have a fairly simple stage setup. The main feature of the stage is a large led screen set on a diagonal and cameras featuring the band members.   When Taylor Hawkins performed his drum solo, the drum kit lifted to about twenty feet in the air.  It also could move back and forth when sitting on the stage.  The night began with Concrete and Gold curtain covering the stage. They began singing, “Run” before the curtain came down. Concrete and Gold is a departure from their normal formulaic sound with contributions from heavy hitters like Justin Timberlake and Paul McCartney.

The Foo started the set with high energy and maintained it for a long time. Their set could be paired down from two and half hours to ninety minutes with an encore. Some songs like “Monkey Wrench” just needs to be dropped from their set. The vocals on it were poor and no one has enthusiasm performing the song anymore.  In addition, they brought fan, Mike Carpenter to sing “Tom Sawyer” by Rush. While the guy was really good, a five minute performance for the fan to sing is great. The song went on for fifteen minutes.  I think everyone would be satisfied as long as they hear “My Hero”, “Walk” and “The Best Of You”. Everyone liked the new songs “Run” and “The Sky Is A Neighborhood”.