As you stare into the sky this 4th of July, it is a time to reflect and celebrate our freedom. The United States of America is the greatest country in the world. Our freedom does not come lightly. We celebrate our freedom by honoring the soldiers who gave life, limb, blood, sweat and tears to keep this country free. A lot of the records on this list are to show gratitude to our troops. Thank you to the hard rock and heavy metal artists for honoring our soldiers. After you listen to these songs and watch the videos, go out and thank a veteran, National Guard, reserve, or active duty soldier for their service. 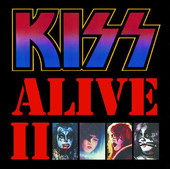 KISS is the essential hard rock band from Detroit, Michigan. “Rockin’ in the U.S.A”. is off the album Alive II released in 1977. While this song is not a direct tribute to our troops, it conveys a message about traveling the world and returning to the best place in the world, the United States of America.

Recorded in 2008 as part of a National Guard advertising campaign. This song pays homage to our National Guard soldiers. Kid Rock is one of rock music’s avid philanthropists and does work with Operation Finally Home that builds homes for returning disabled veterans.

Drowning Pool is an American heavy metal band and their song “Bodies” is popular with soldiers. Their name comes from a movie by the same name. They are ardent supporters of our soldiers and perform through the Wounded Warrior Project. 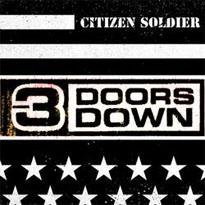 This song supports our National Guard and Reserves. It was used in a recruitment campaign when it was released in 2007. It is on their self titled album. 3 Doors Down is from Escatawpa, Mississippi and consists of Brad Arnold, Todd Harrell, and Matt Roberts.


Citizen Soldier by 3 Doors Down

6. “Soldier Side” System of a Down 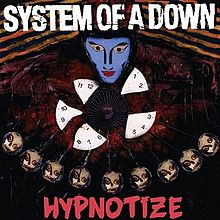 The song has a haunting melody that makes you think about the soldier who is struggling with the aftermath of war. “Soldier Side” is on the Hypnotize album of the double album Mezmerize/Hypnotize from 2005.

Soldier Side by System of a Down

5. “No One Gets Left Behind” Five Finger Death Punch (5FDP) 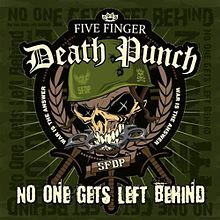 This track is on the album War is the Answer released in 2009. Five Finger Death Punch is from Los Angeles, California and the band members are vocalist Ivan Moody, guitarist Zoltan Bathory, guitarist Caleb Andrew Bingham, bassist Matt Snell, and drummer Jeremy Spencer. 5FDP has always been an avid supporter of our troops.

No One Gets Left Behind by 5FDP

Avenged Sevenfold (A7X) is an American rock band from Huntington Beach, California. The lyrics discuss the reality of war and killing. “Strangers blood on my hands, shot all I can! There were no silents night watching your brothers all die”.  This song is found on the album City of Evil. 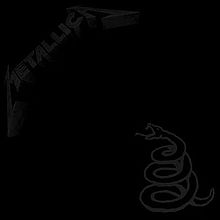 Don’t Tread on Me is a phrase on the Gadsen flag which is a historical American flag with a yellow field with a coiled snake ready to strike. The Gadsen flag is a contemporary symbol for the Tea Party or any supporter of the 2nd Amendment and the right to bear arms. Metallica released this song on their self-titled album aka The Black Album in 1991.

Don’t Tread on Me by Metallica

The video for this song is a moving tribute and testament of the sacrifice that soldiers make. This track is from 5FDP’s second album War is the Answer. I could listen to Ivan Moody’s exquisite voice over and over.

Metallica is an American heavy metal band from Los Angeles, California. The members are James Hetfield, Lars Ulrich, Kirk Hammett, and Robert Trujillo.  Metallica played the national anthem in May 2013 at a San Francisco Giants game. Needless to say, it was excellent. The combination of baseball, Metallica and rock music is why it tops my list.

What are the songs you think should have made the list or do you agree with my choices?