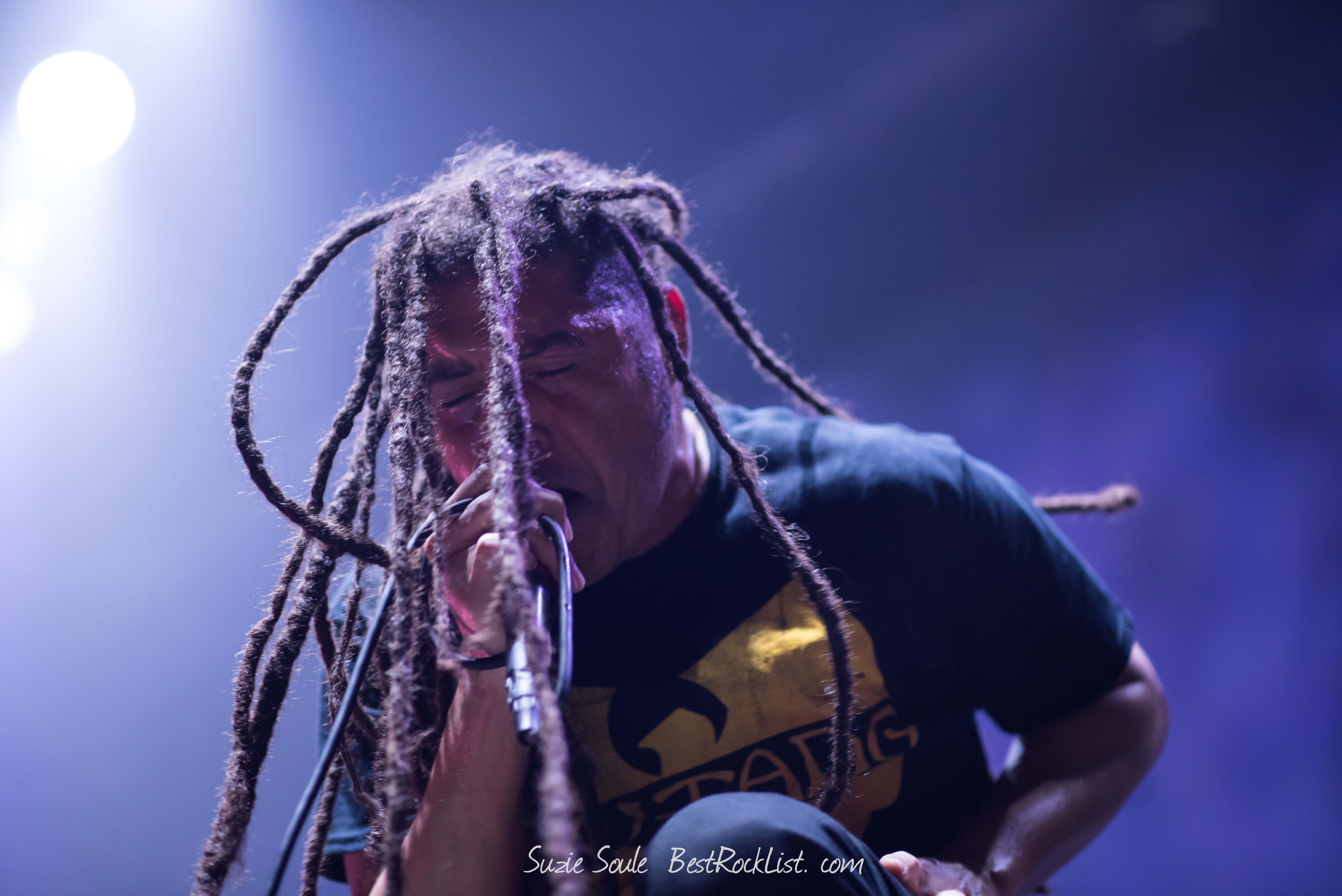 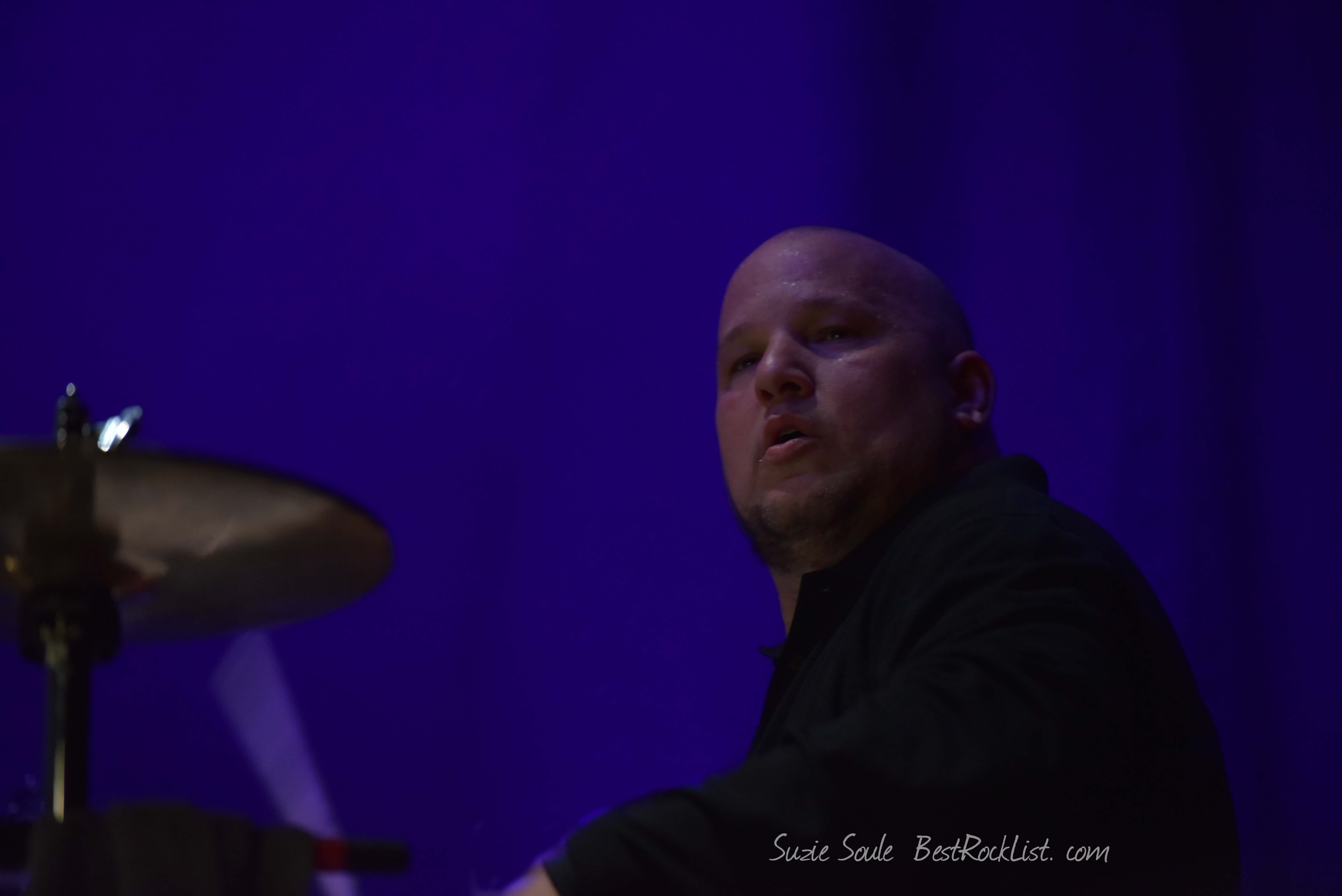 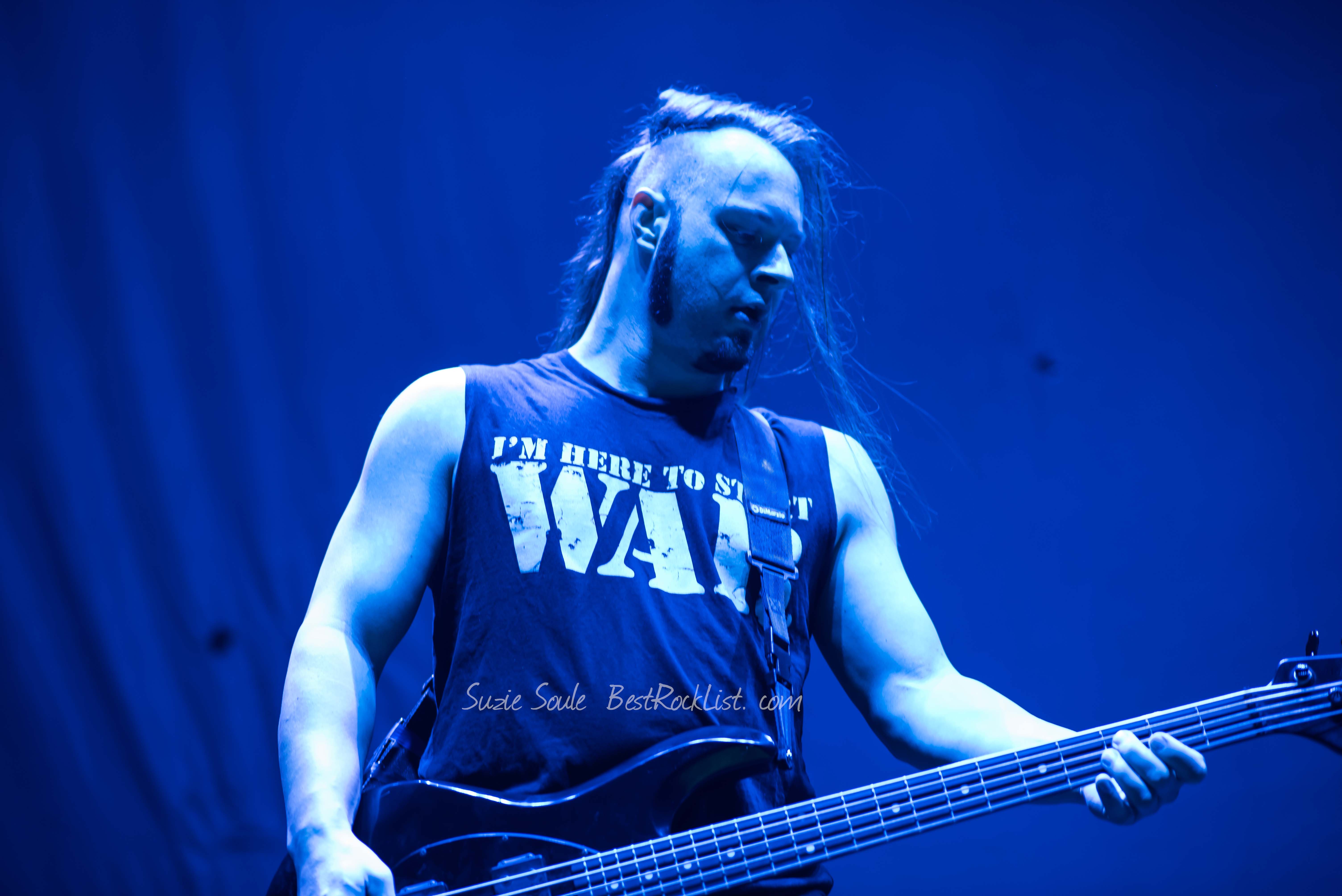 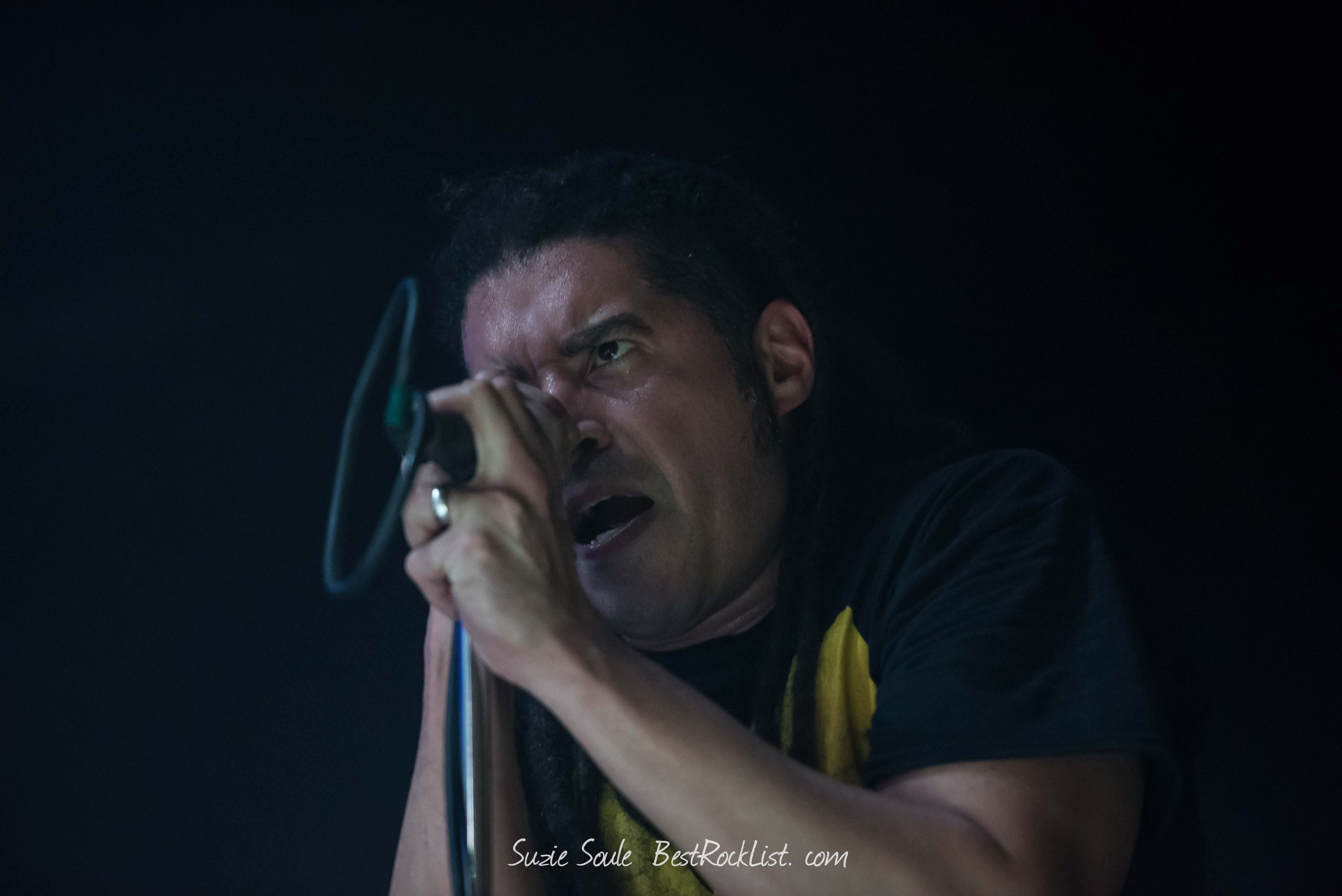 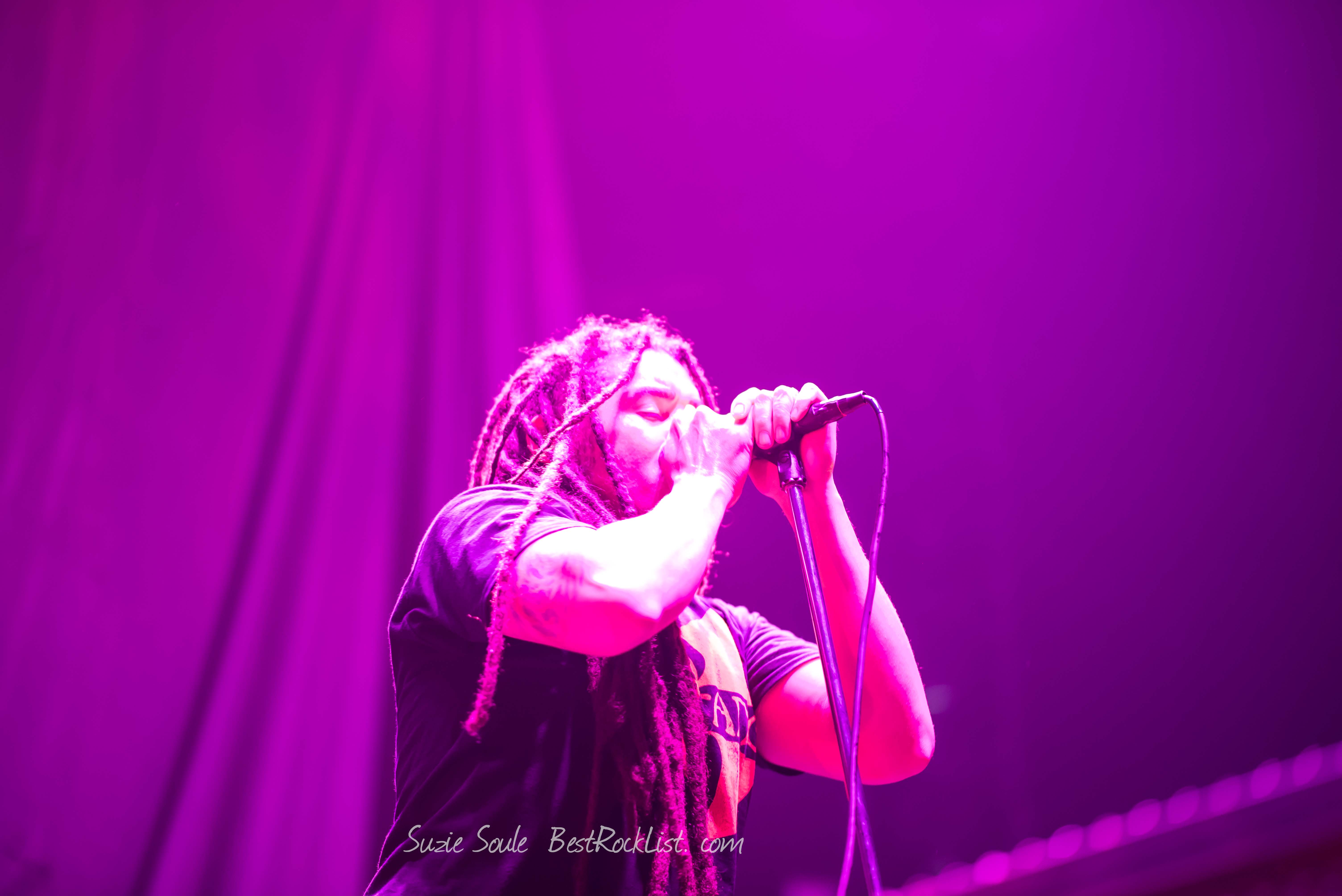 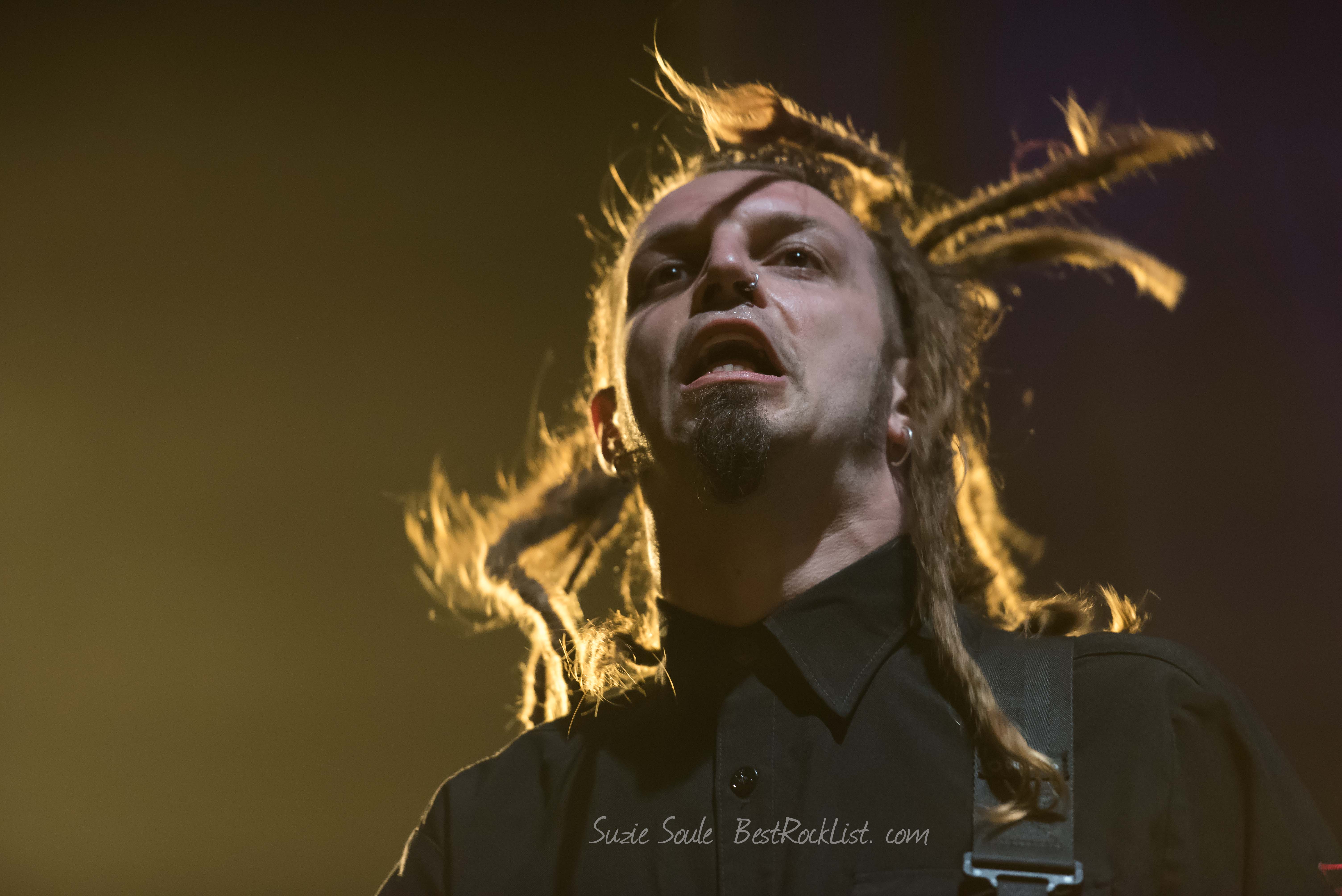 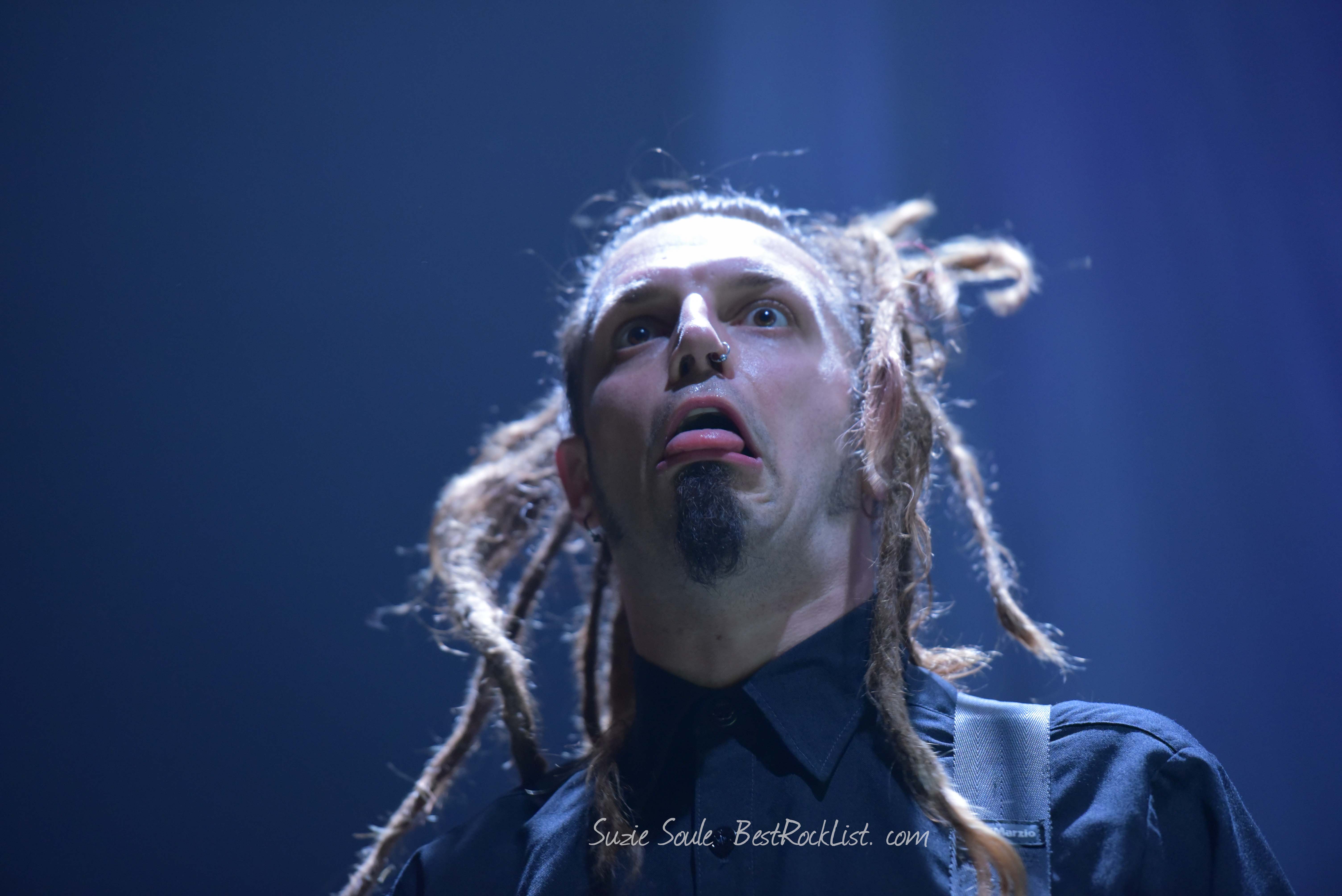 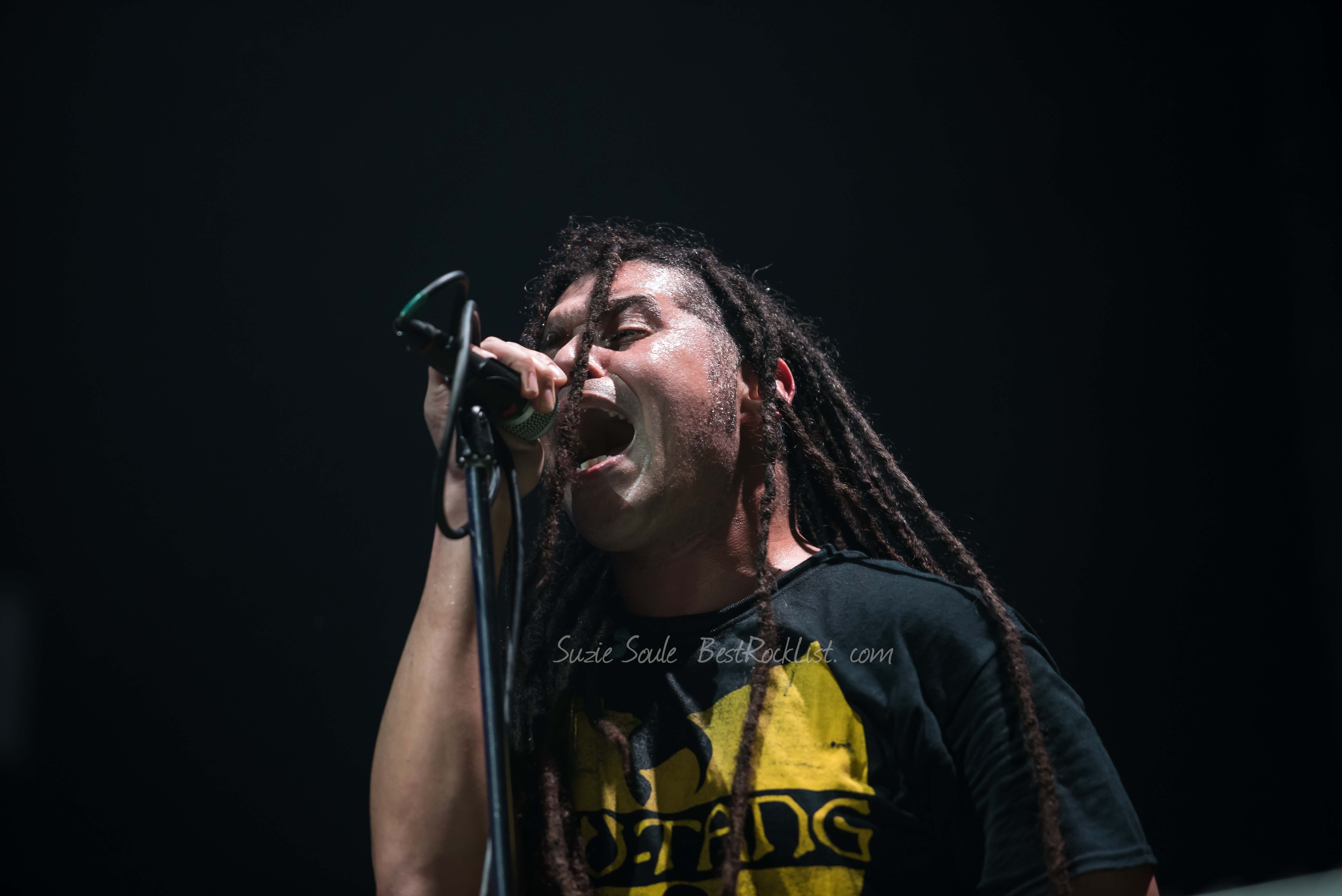 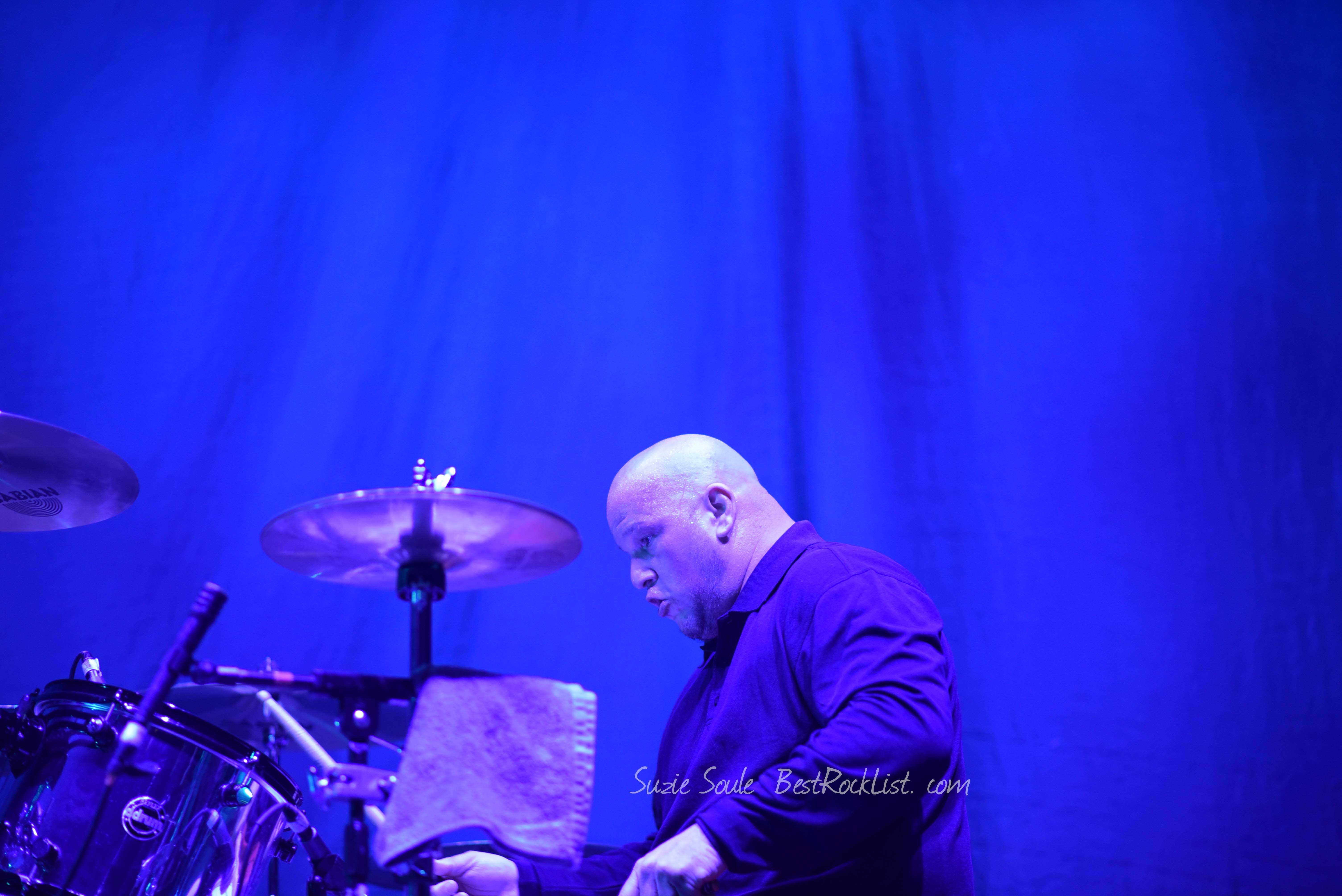 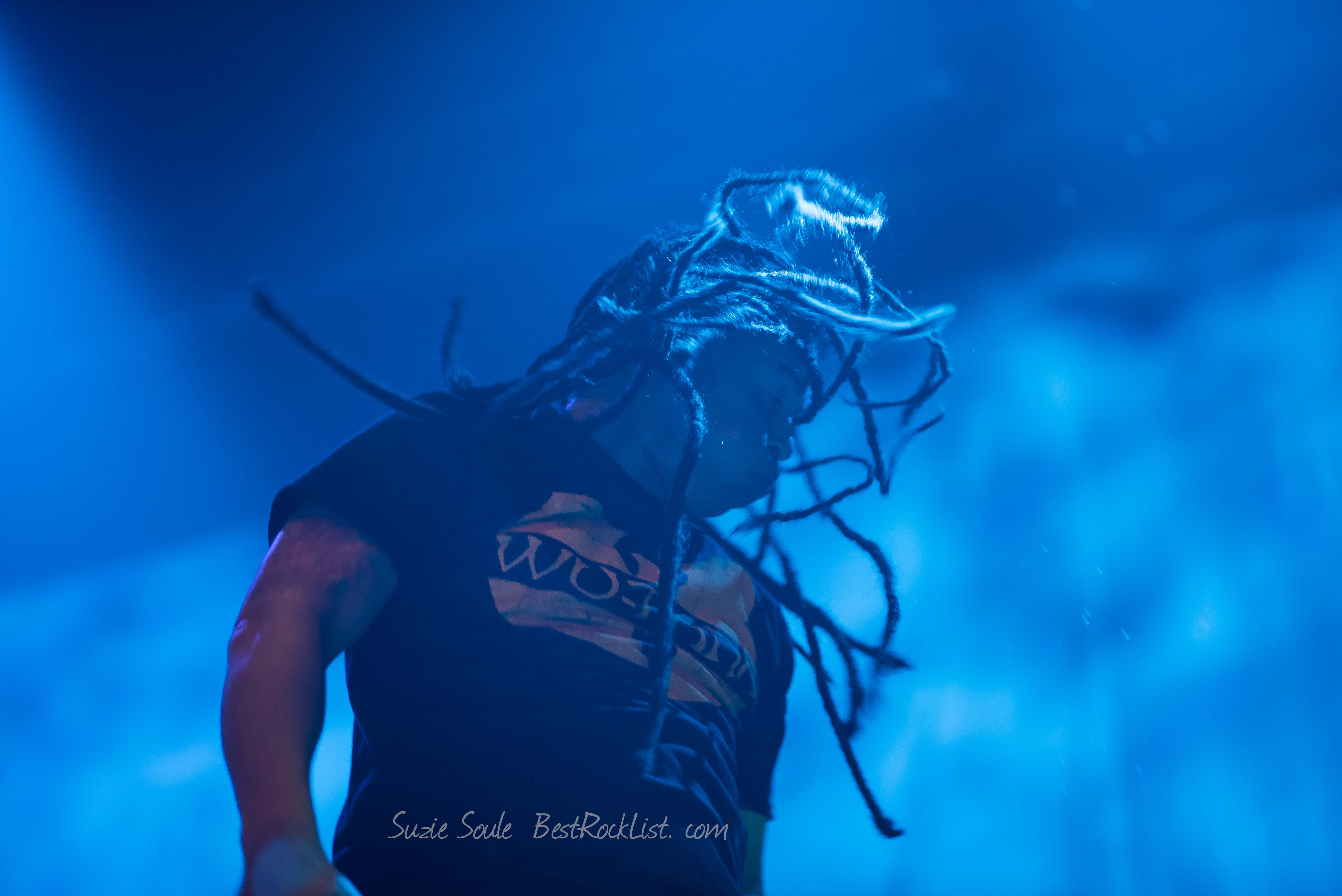 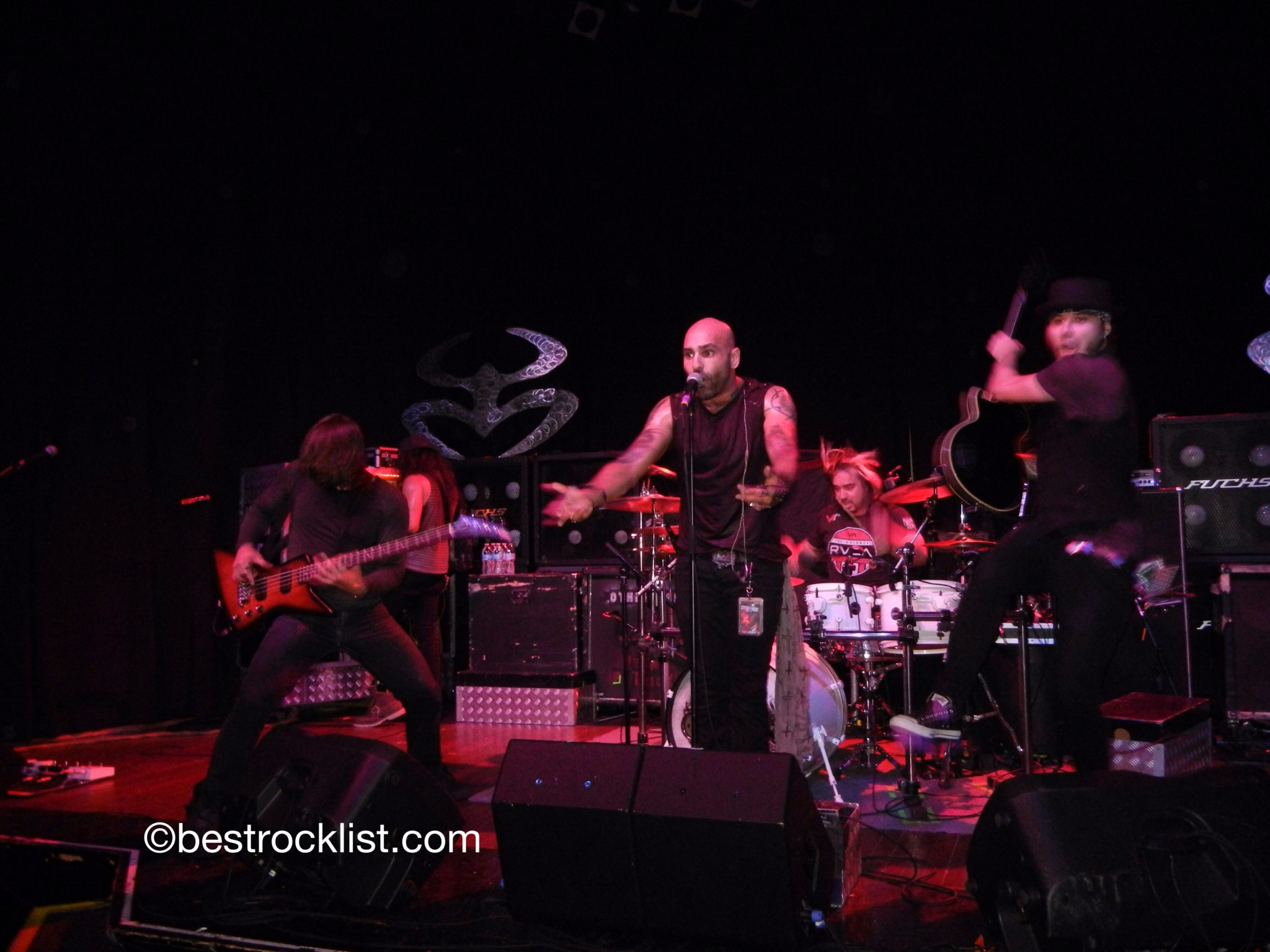 The show was on a late summer evening in 2013.  The weather was balmy and pleasant.  I saw Nonpoint and Otherwise at the historic Castle Theatre in Bloomington, Illinois.  This venue is very small and has a nice stage with an intimate feel.  Local bands Clippoint and Polarity opened.  The final opener was Primer 55, a solid metal band from Atlanta, Georgia.

Otherwise is a hard rock band from Las Vegas, Nevada.  Their song, “I Don’t Apologize (1000 Pictures)” is a great song about getting cheated on.  They lyrics:

I’d rather be broke than to sell my soul, I gave you my all but you’ll never know

No I’m not going to  hurt anymore, I’ve already walked through that door

The catchy hook and the timeless subject of infidelity makes it a sure hit.  Watch the video here:

The band had family that had traveled from Chicago in the audience and dedicated fans who knew every single word to every song.  Ryan Patrick, the guitarist came up to one of those fans and acknowledged her immediately.  Then he came right up to me and gave me a hug.  That is what I love about the small venue.  You can really connect with the artist so closely.   Vassilios “V” Metropoulis, the bassist, of Otherwise did a lot of work for the band including sound check, carrying equipment, selling merchandise and posing for pictures. 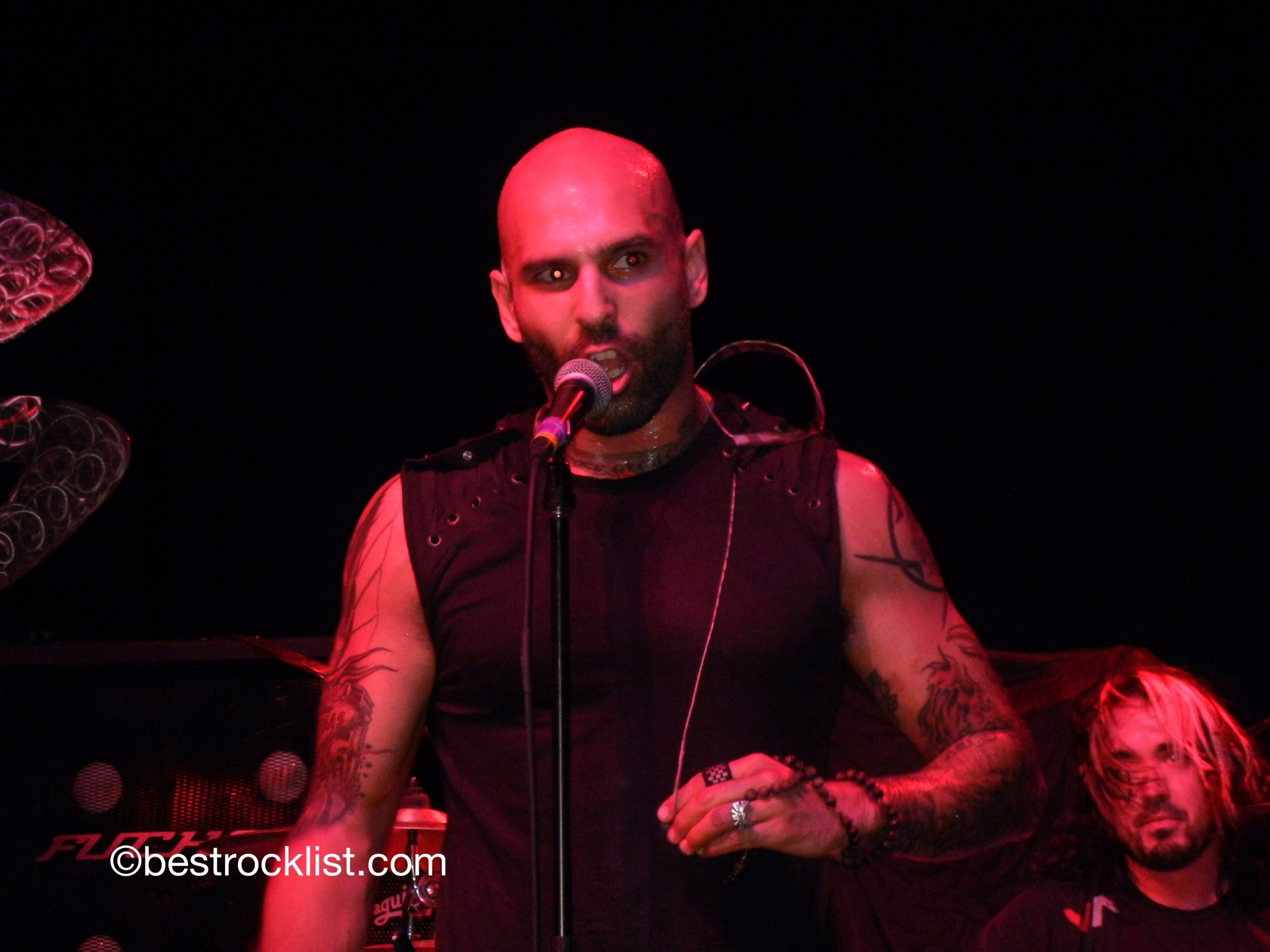 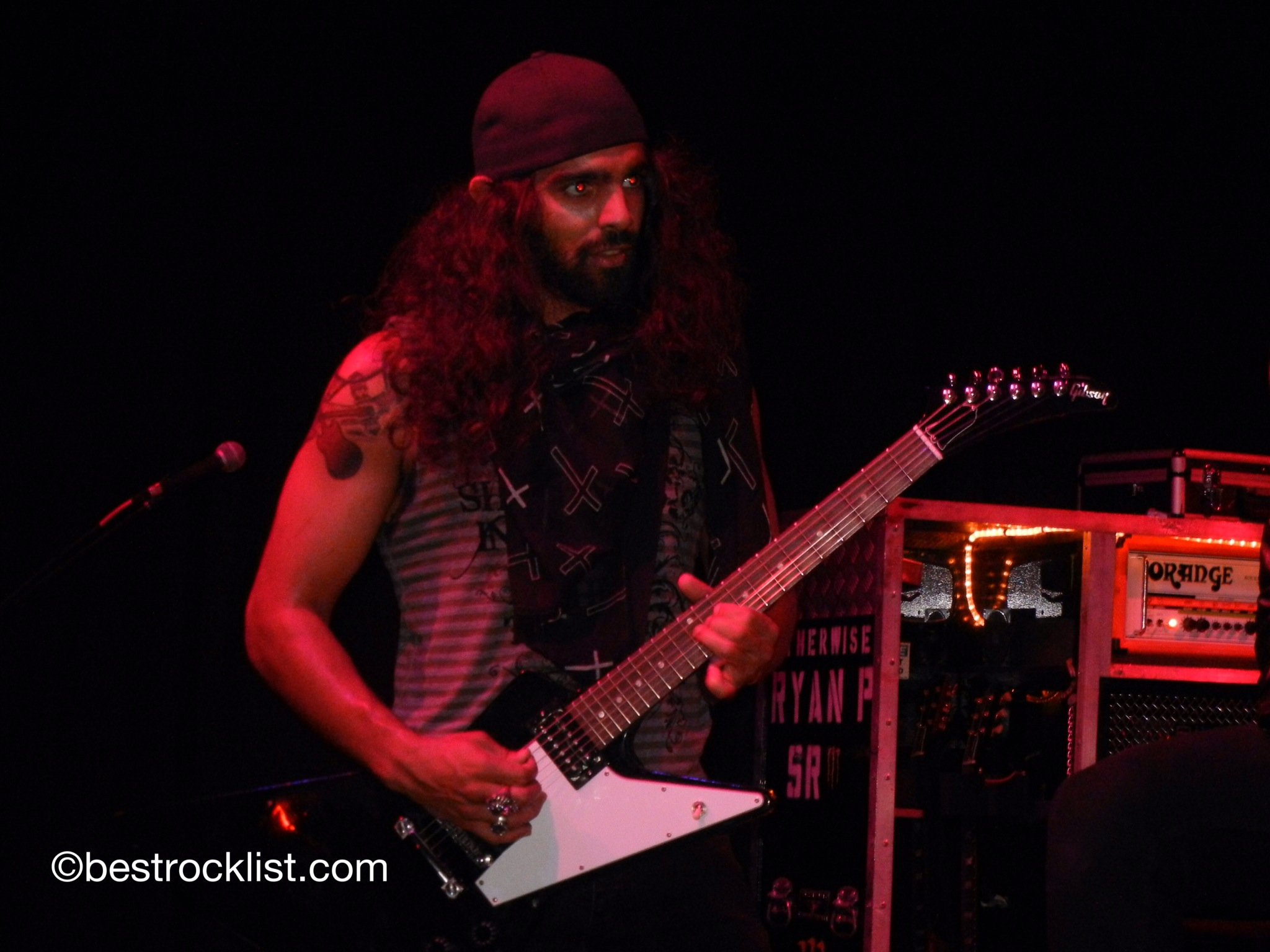 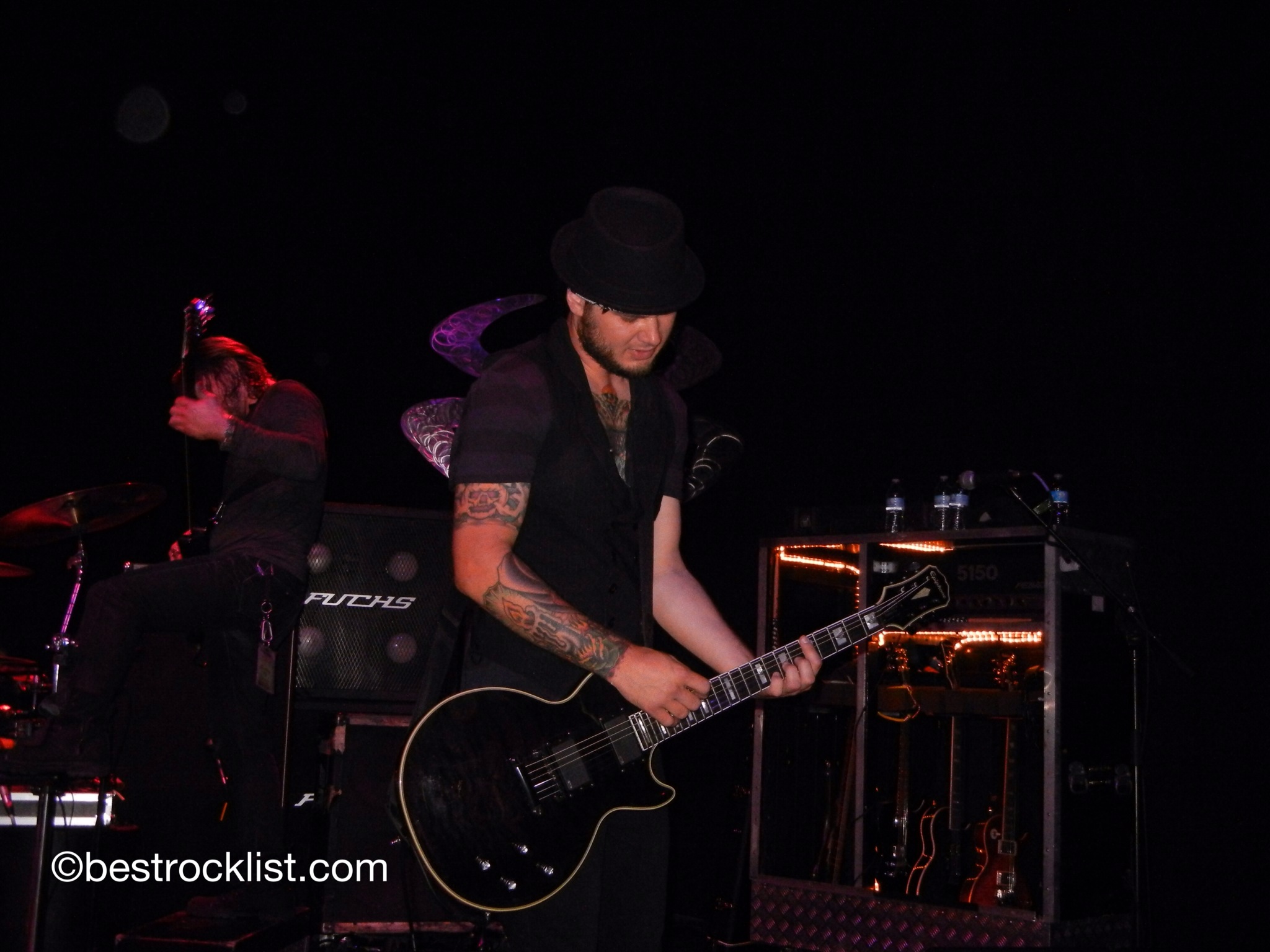 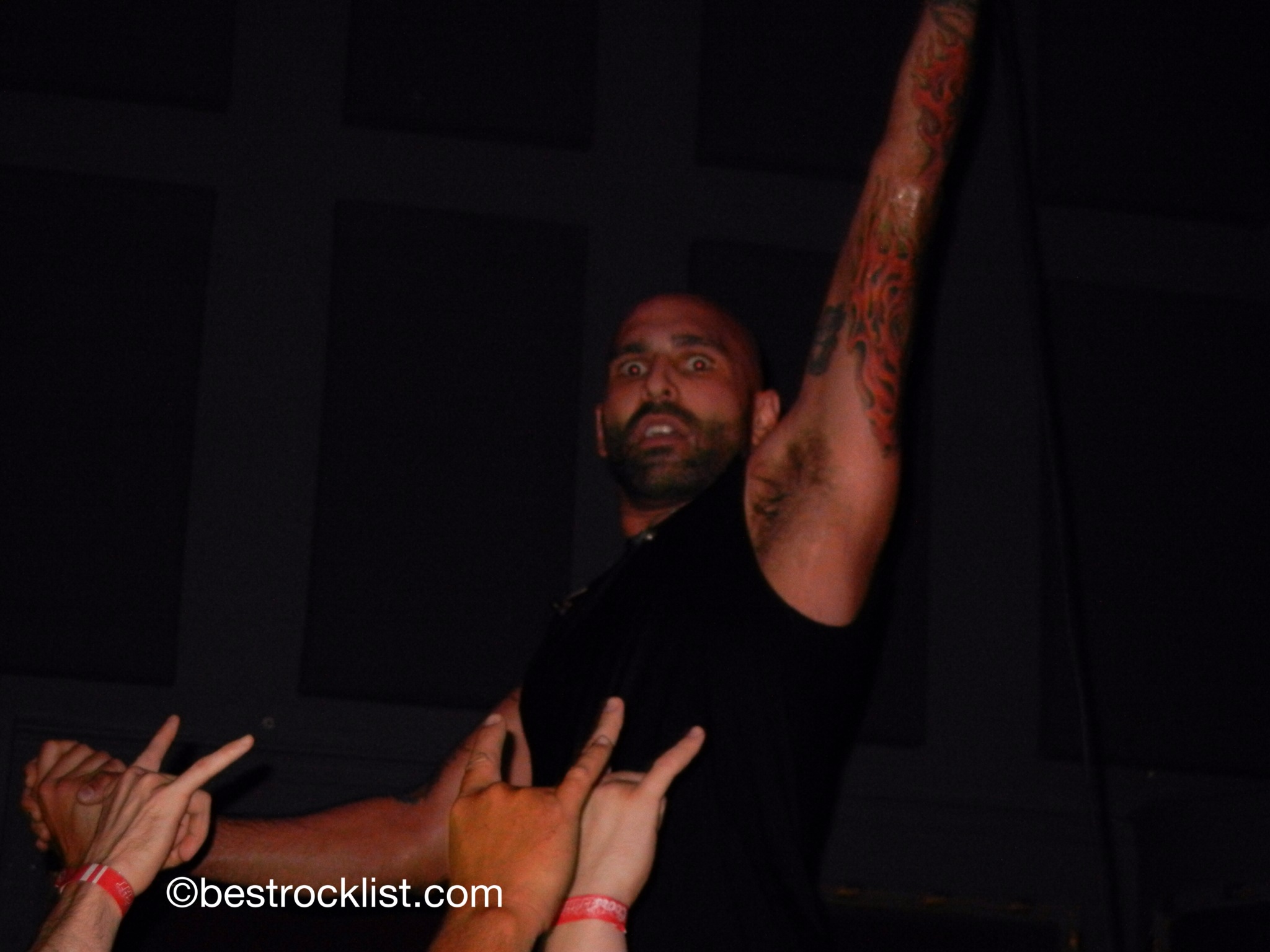 Nonpoint is a metal band from Fort Lauderdale, Florida with Puerto Rican roots.  They have played huge venues like Download Festival but small venues like The Castle Theatre as well. The vocalist, Elias Soriano, had locs down to his waist and was wearing an old Snoop Dog shirt.  Robb Rivera, the drummer, has his stuffed “Animal” from the Muppets keeping his kit company.

Elias Soriano’s voice is hypnotic and the rhythm makes you want to bang your head all night.   Nonpoint played all their hits including “Bullet With a Name On It”, “Left for You”, “I Said It”, and their cover “In The Air Tonight”.  One of their biggest fans was V Metropoulis from Otherwise.  He got in the middle of the pit and got it moving.  Security started moving up to control him and then they realized he was from Otherwise.  He was fine and I am glad to say there were no injuries in that pit.

Elias Soriano’s wife and sweet daughter with protective ear gear was in the crowd.  She was watching her daddy work. That is so nice that he is able to bring his family to be together on the road. 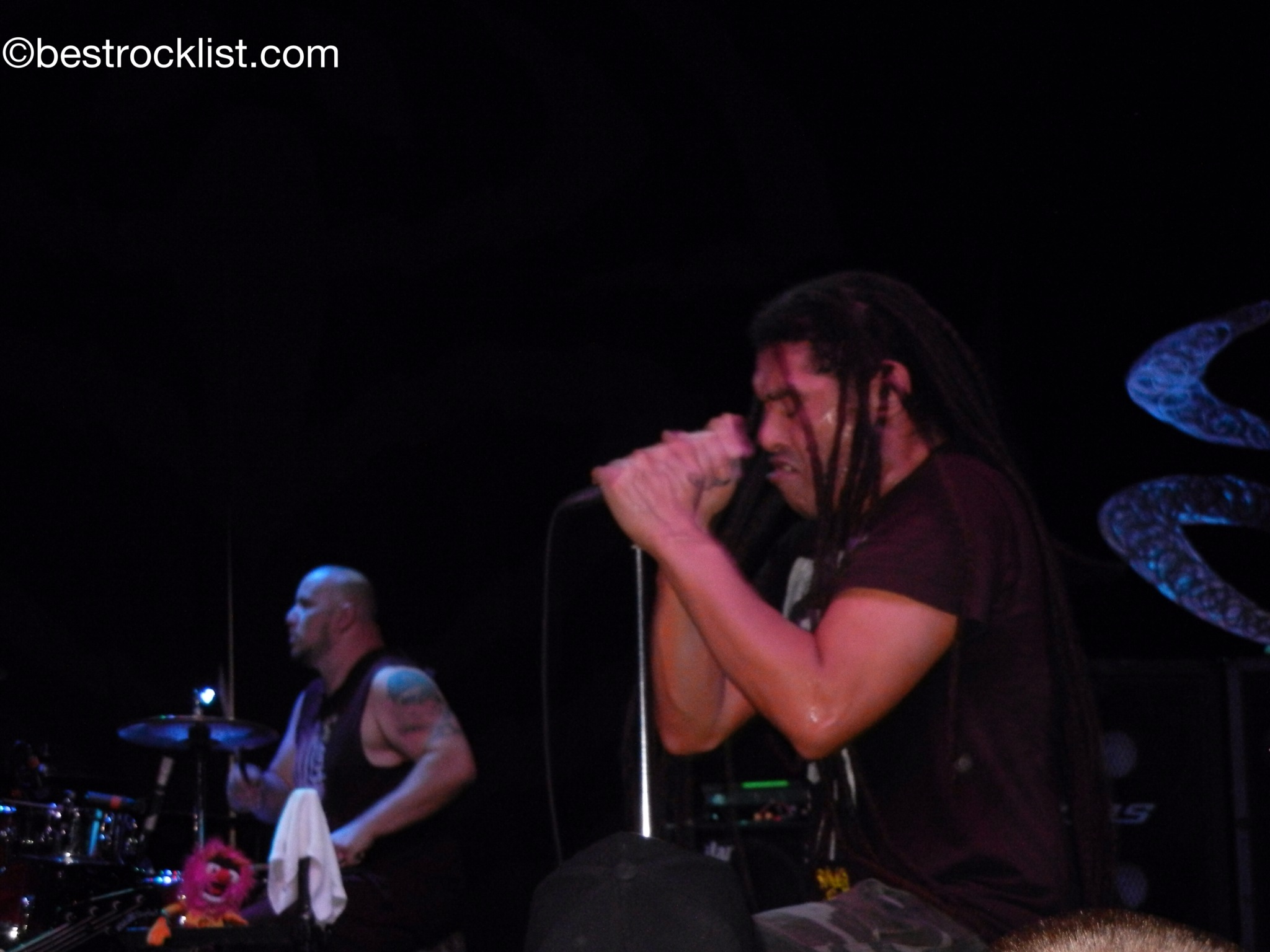 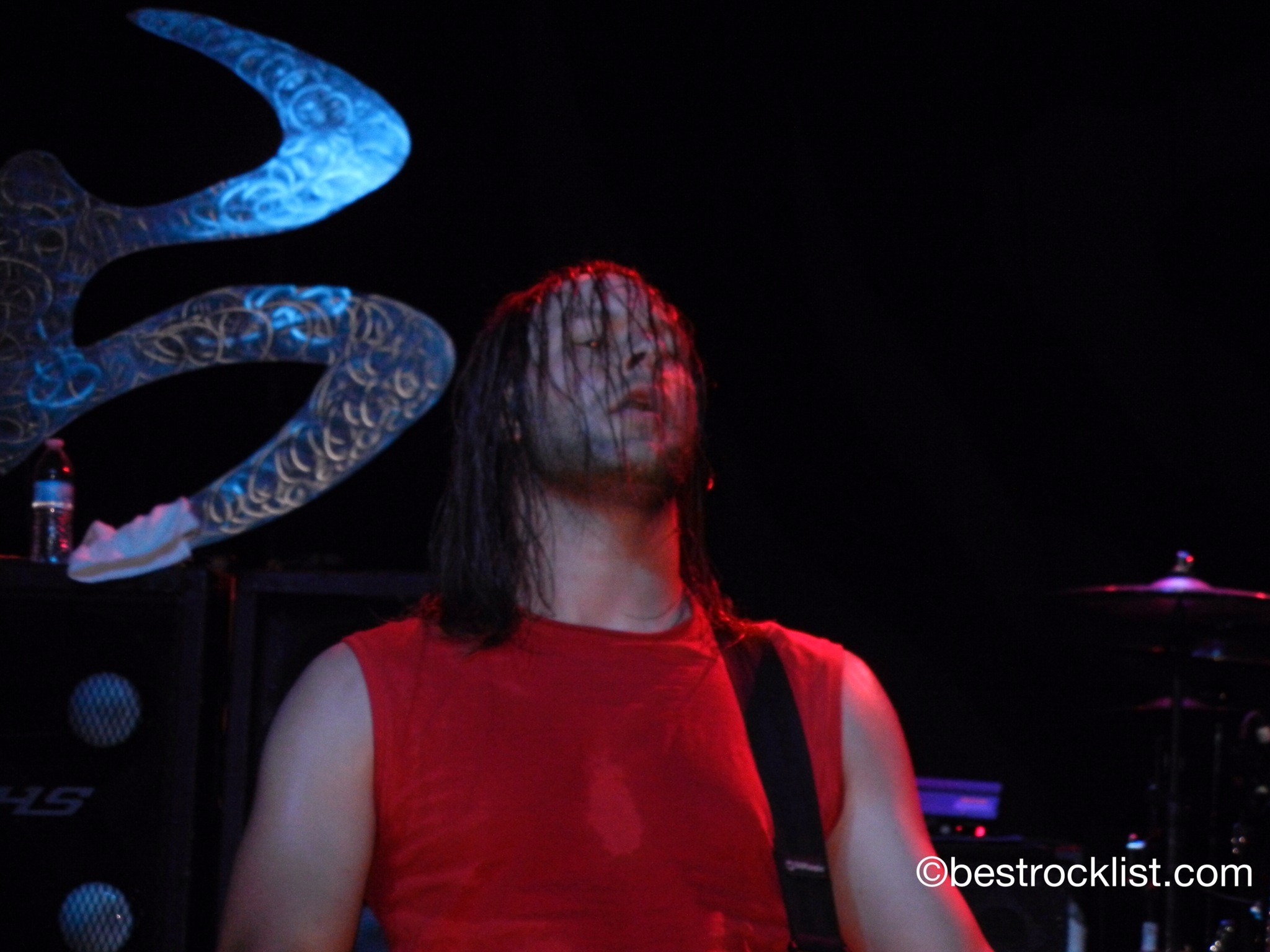 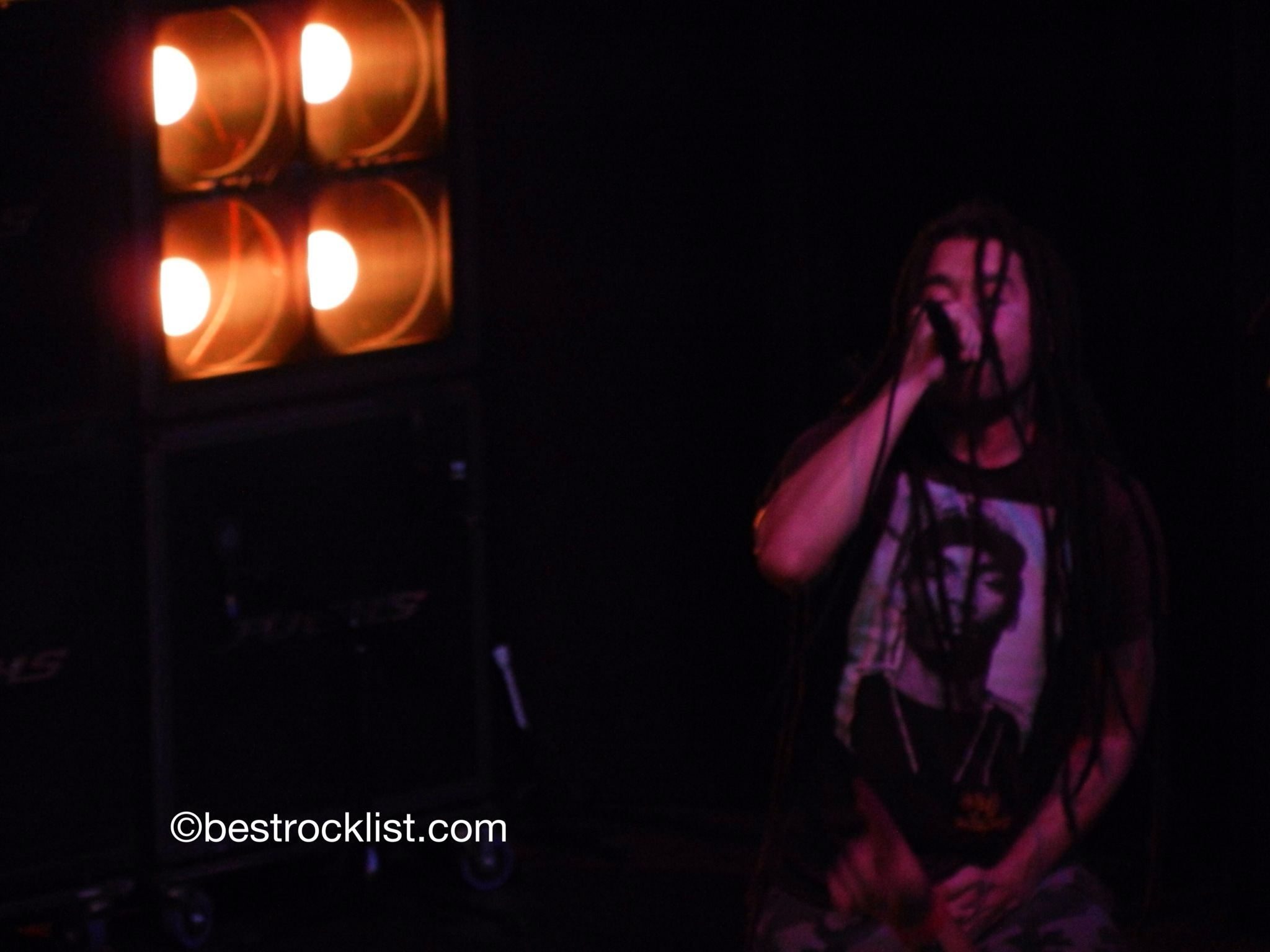 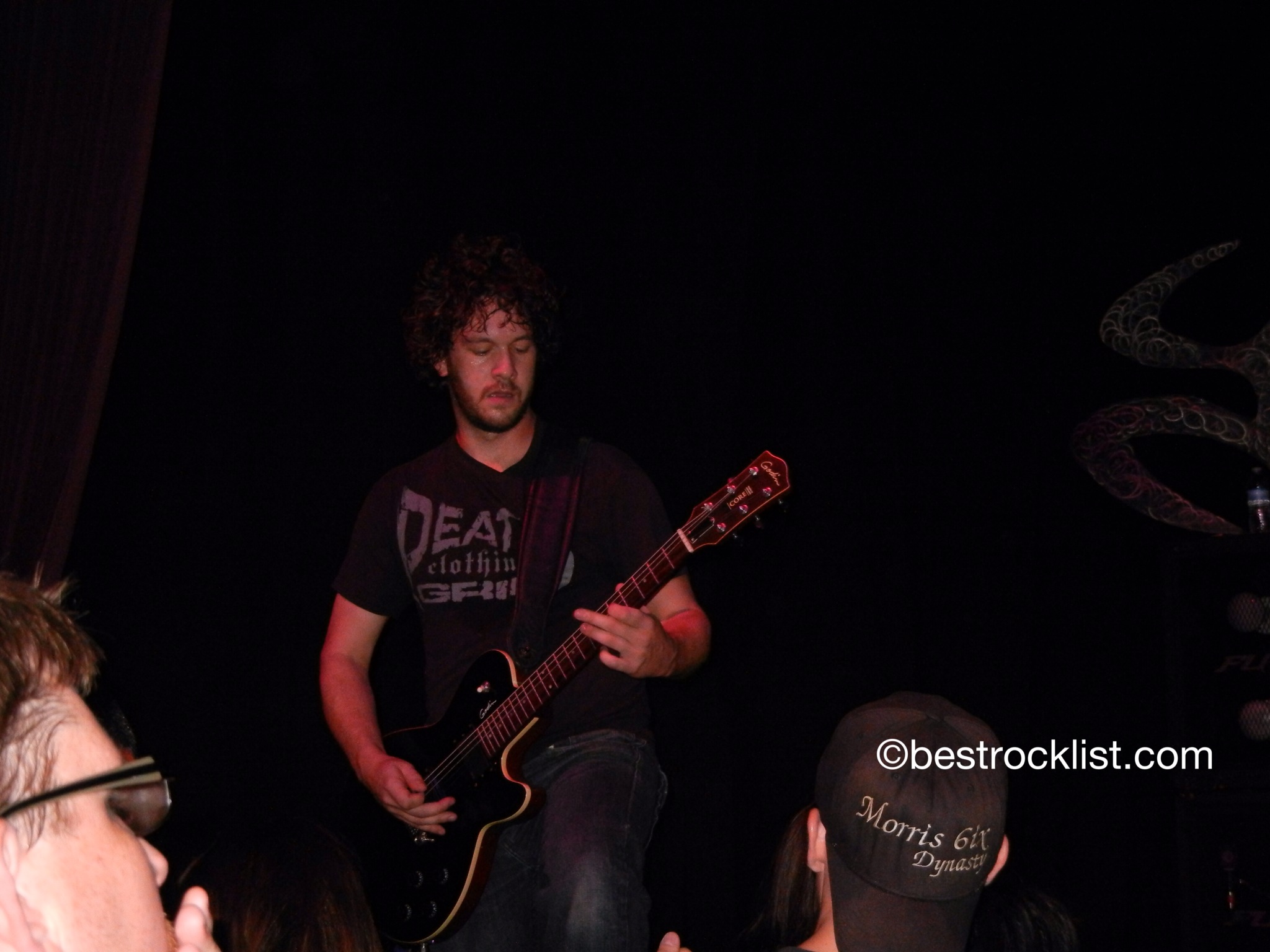 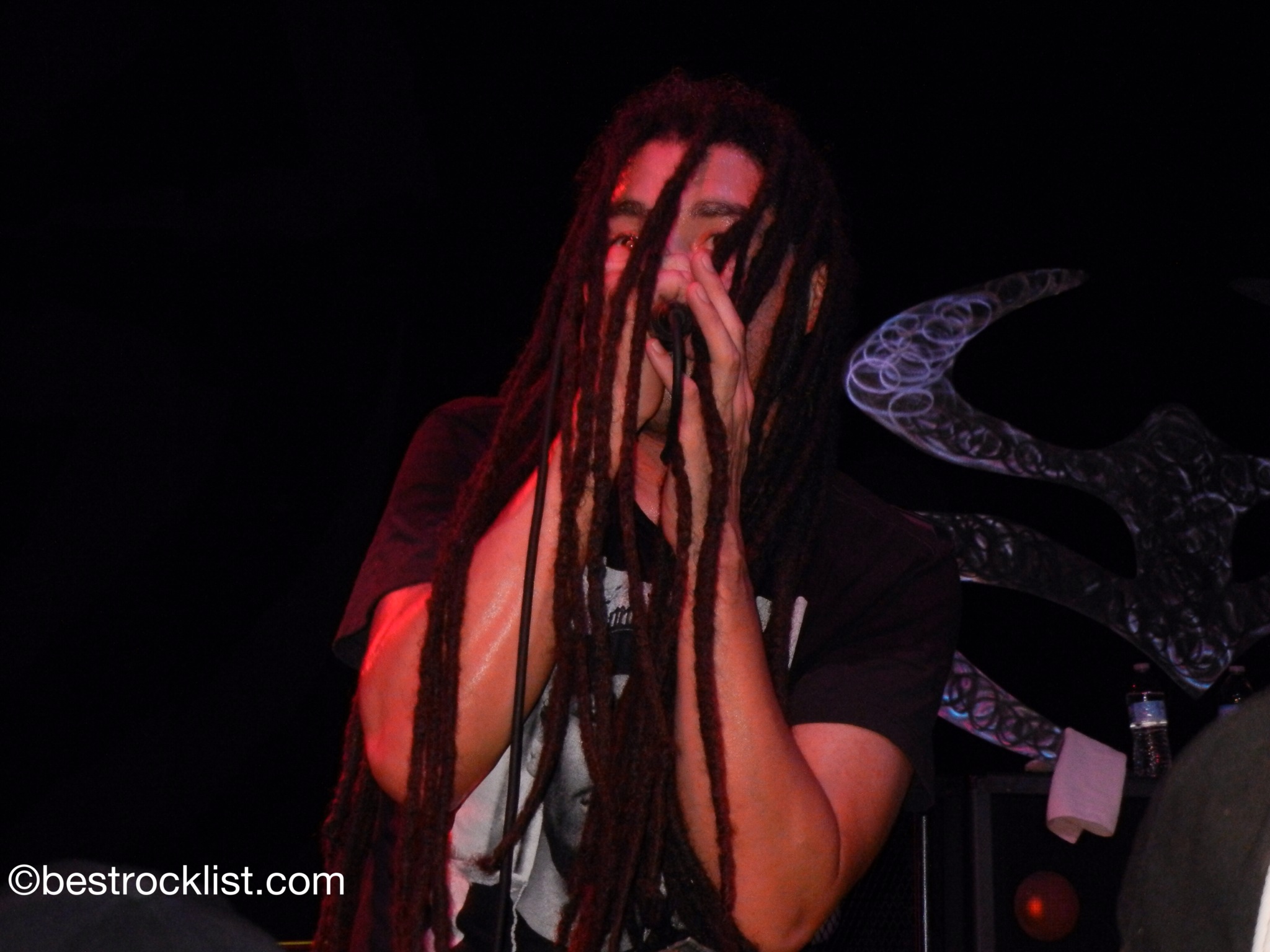 I am always amazed at the graciousness of these rock stars and their true relationship with their fan base.  They understand that we are all fans and love to rock! 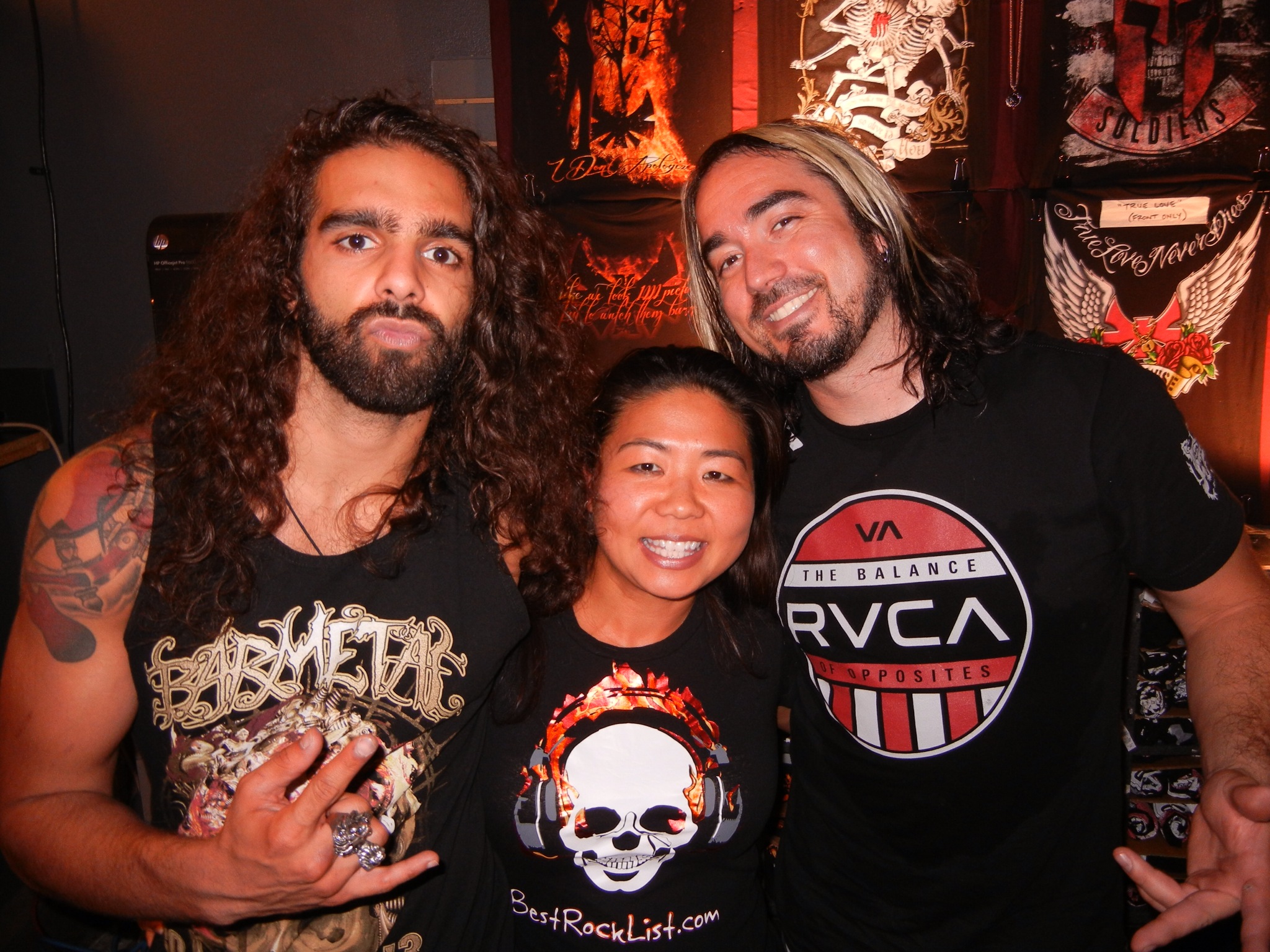 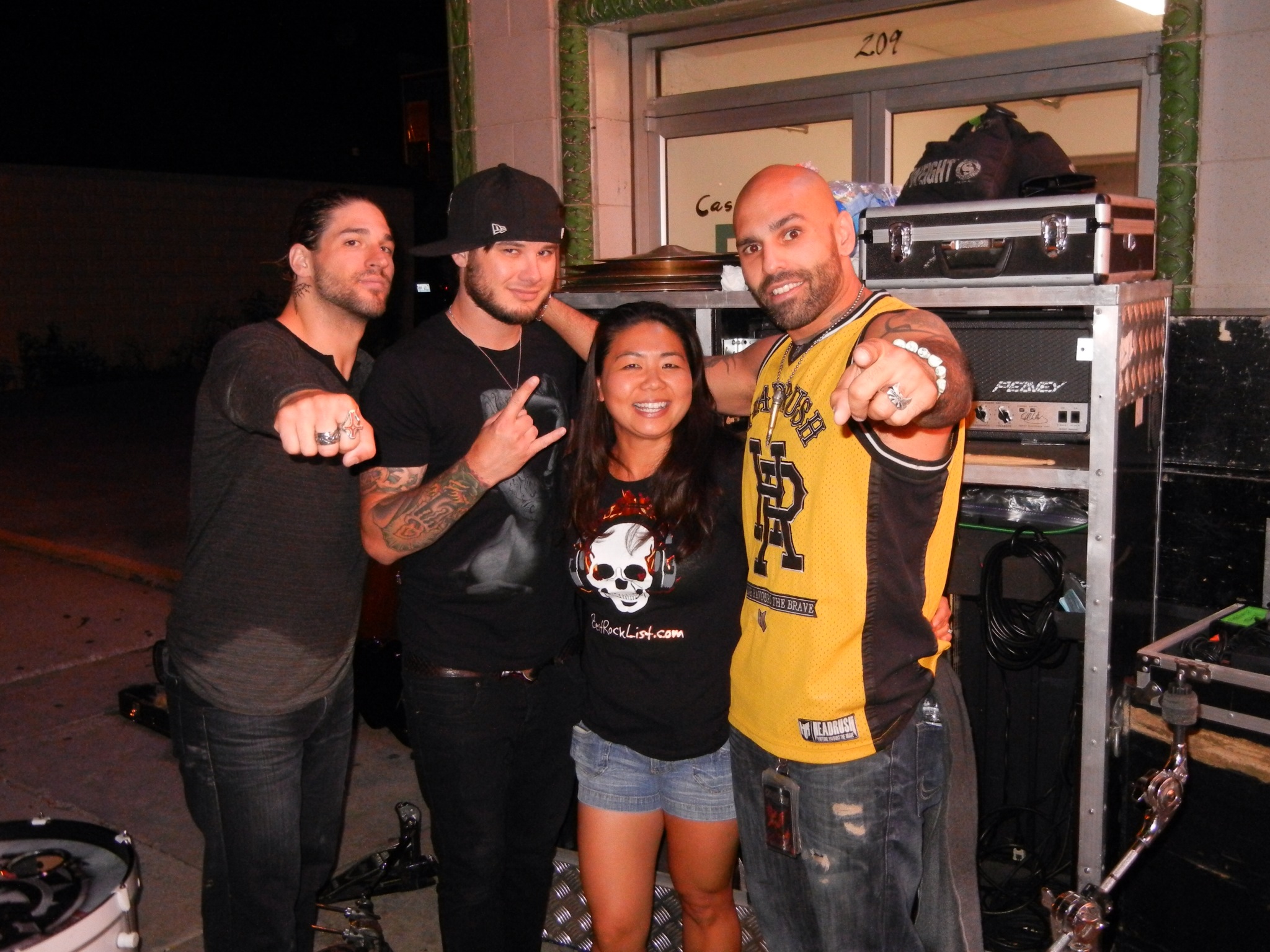 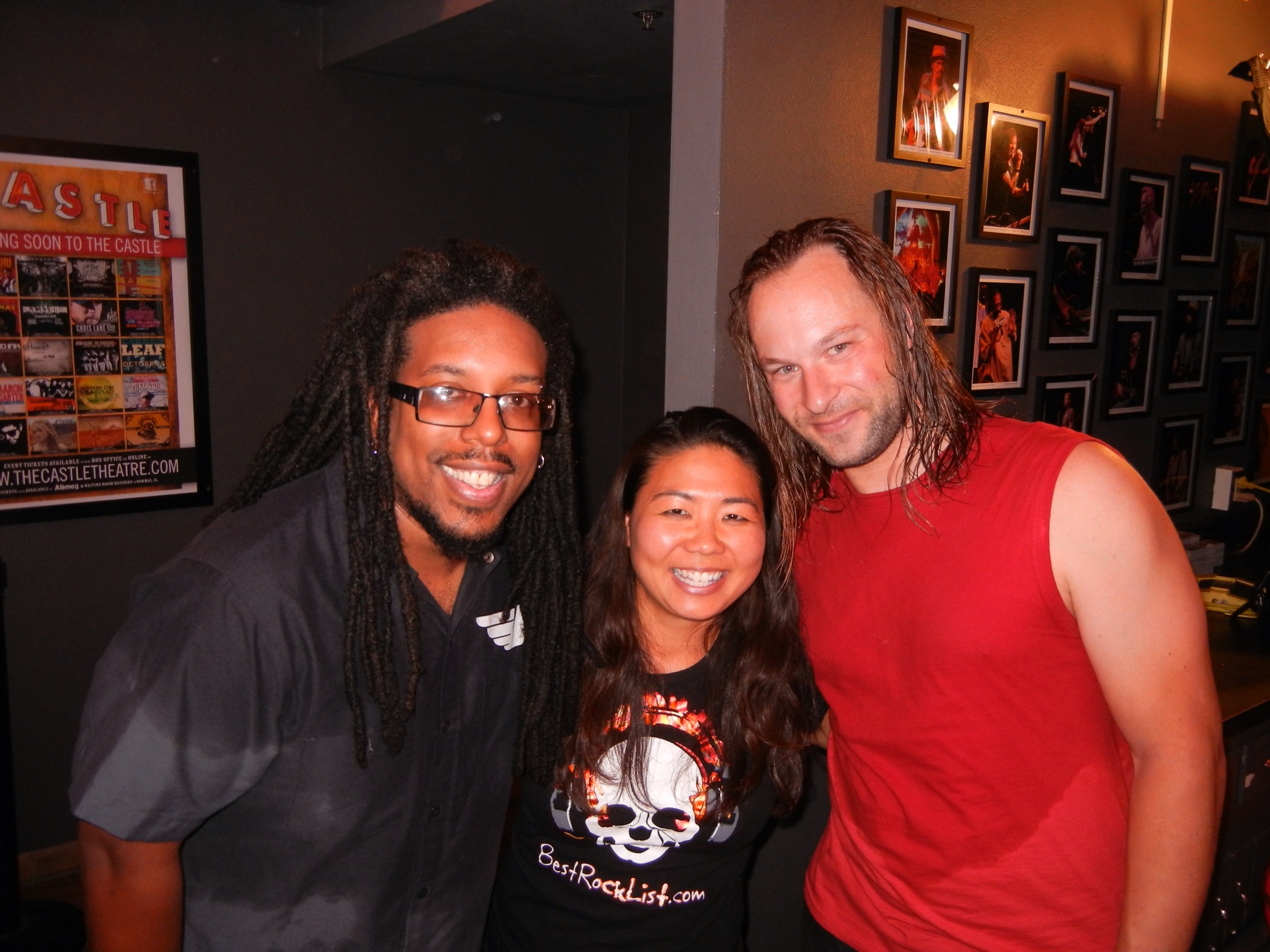