Dorman Pantfoeder of Fit For Rivals

Eli Clark of Fit For Rivals

Doyle Wolfgang Von Frankenstein sat down with Suzie Soule of Best Rock List to talk about the forthcoming album, the newest member of their tour, and being the fittest man in metal music. 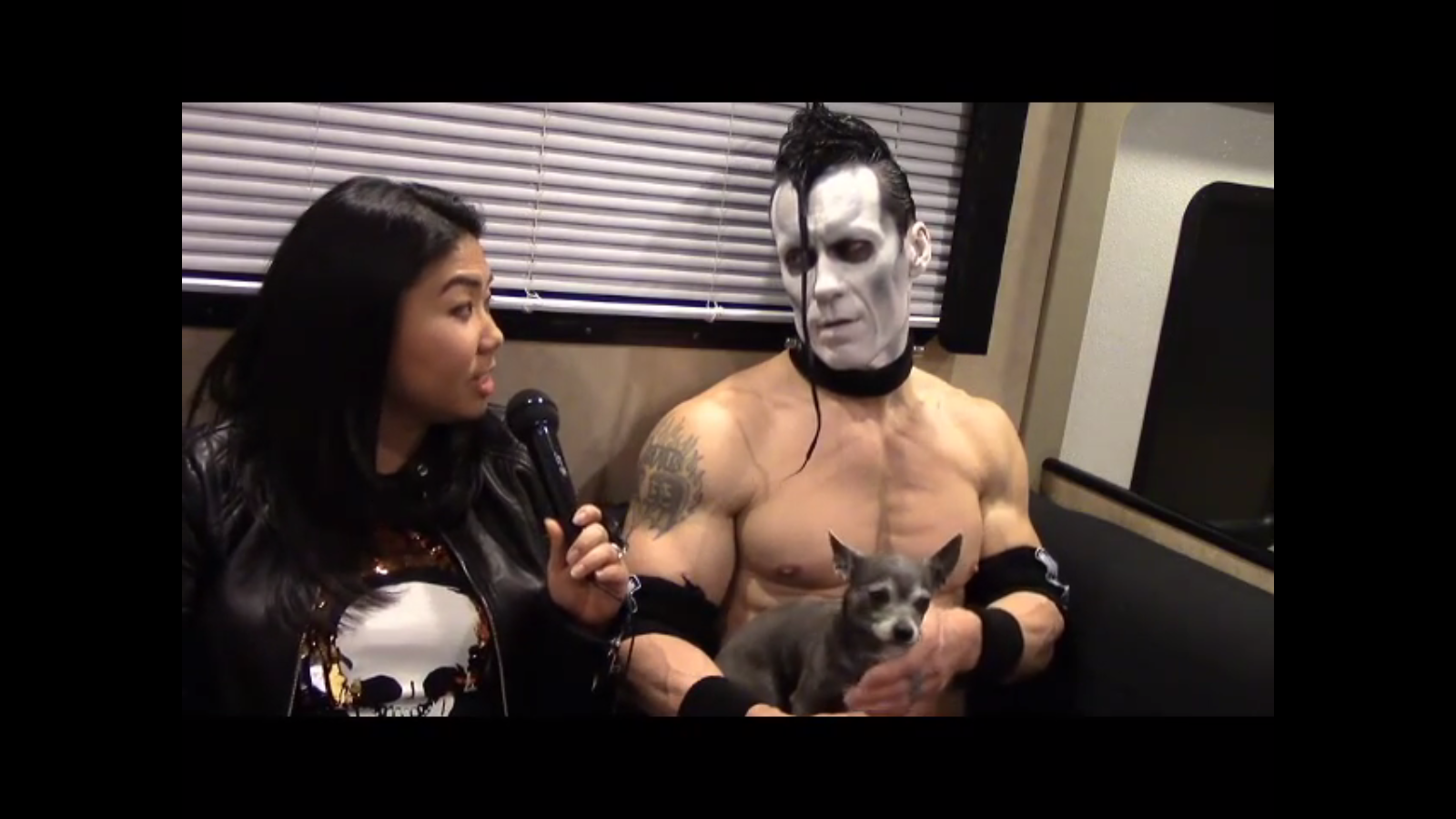 Mojoe’s embraces metal and hardcore music and is a venue for the fans to get up close and personal with the artists.  Mushroomhead continues to tour in the small venues and have gained a huge following by being accessible to their fans.  Doyle Wolfgang Von Frankenstein who has been in the industry for over thirty years has gained an impressive following as well.  He started his career with the Misfits, created bands like Gorgeous Frankenstein, and now transitioned to the self-named band DOYLE.  The fans at this show spanned ten to sixty because of the lengthy careers of both Doyle and Mushroomhead.

The opening bands were heavy and are a testament to metal music thriving in this country.   In today’s radio market, it takes a lot more work to gain a fan base than rock or pop bands.  Social media tries to connect bands to fans but really live shows are the best way to connect the bands to their fans.  Here is another way that Mojoe’s supports metal by getting local bands to open for nationally touring bands.

Consume The Divide was first band to take the stage.  They had a short but impressive set.  The band is based out of Chicago, Illinois.  If you like Machine Head and Dope, you should check out Consume The Divide.

Psychopathic Daze from Chicago was next.  They were brutal metal similar to Suicide Silence or Chimaira.  Their set was phenomenal.  The crowd loved almost every song.  Their energy got the pit going.  A tempo perfect for a savage pit.  The more mature people had to be upstairs or step away from this pit.

The third opener was With Our Arms To The Sun, a band out of Sedona, Arizona.  They are self-described as a cinematic experimental music.  Vocals are sparse in their set and they seemed to play a slower, methodical tempo.

The band’s sound is rooted in punk but the sound is definitely thrash metal.  Their set consisted of Dreaming Dead Girls, Cemetarysexxx off of the “Abominator” album.  They also graced the fans with Misfits’ tracks.  Despite the small setting, Alex Story ripped it up by moving around on the stage, cutting himself to bleed, and writhing on the floor during the performance.   The bleeding is explained on Cancerslug’s website:

“Alex is always very spontaneous live. He has been known to use knives, broken bottles, ripped beer cans, or other items to open his flesh during performances. He views it as a nod to shamans, medicine men, and voodoo priests who believed that blood must be spilled in order to commune with the old gods of the spirit world.” 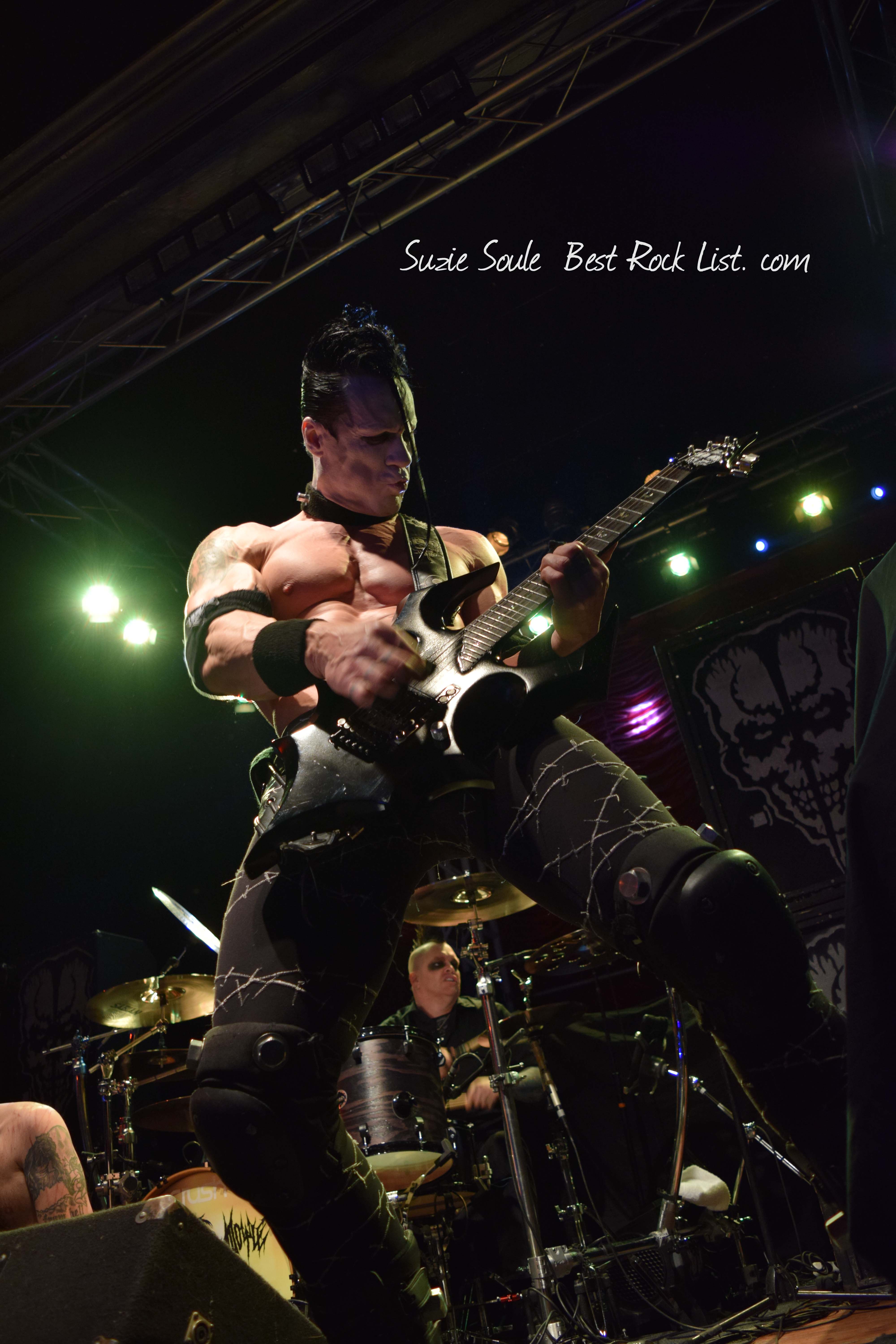 The fans loved the energy that DOYLE brought.  Some were there exclusively to see DOYLE.  We got to speak to Doyle Wolfgang Von Frankenstein before their set and tasted the hot sauce they were selling.  Best Rock List also got to meet the newest member of the tour, a Chihuahua named Brutal.

Mushroomhead started the evening with Qwerty.  The water toms had cherub angels, crucifixes, and bible pages for this tour.  Getting all nine members onto the tiny stage was a feat at Mojoe’s.  That is part of the experience of a Mushroomhead show.  The smaller the venue, the wetter you get from the water drums.  The band was formed in 1993 and hails from Cleveland, Ohio.  That math is over twenty years doing what they are doing today.  Their set also contained Solitaire/Unraveling and Kill Tomorrow and Our Apologies.  Robert Diablo took to the crowd and did some surfing. 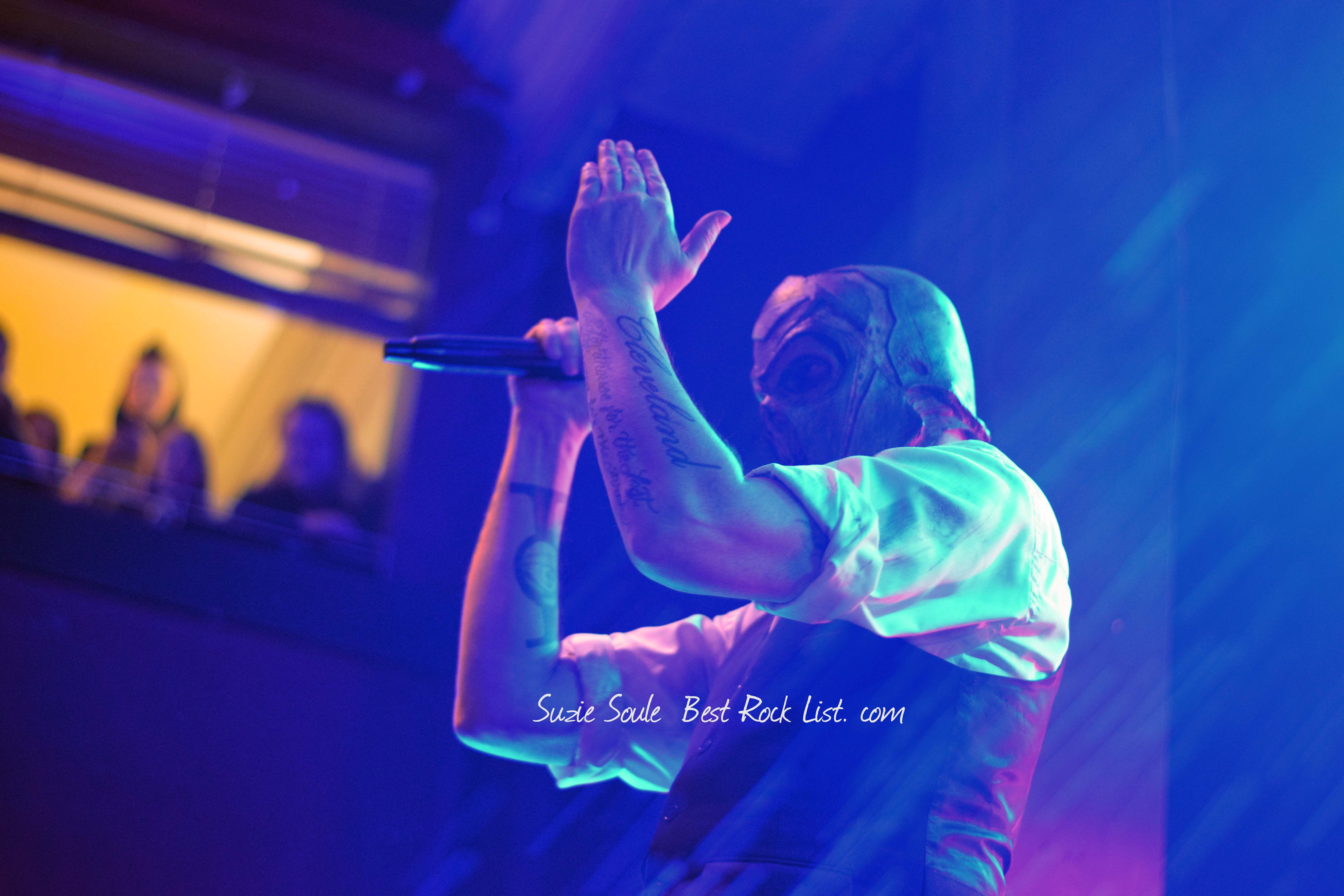 The tour continues.  You can see all the dates here.

Fans at Uproar during Pop Evil