Gene Simmons is quoted as once saying that Rock is Dead.  Apparently those in Central Illinois didn’t get that memo as they packed themselves 1,500 strong into the Limelight Eventplex for another sold out rock concert.  This time up Seether, Otherwise, and Peoria’s own Mindset Evolution who opened the show.

Mindset Evolution, who were the Rockstar UPROAR Festival Ernie Ball battle of the bands winner back in 2011 had the crowd involved from the moment they came on stage.  ME’s lead singer Rob Ulrich was high energy, 1000 mph, in your face for their full set.  This night marked the debut of new drummer Aaron Birdsall, who sounded like he had always been part of the band. Skylar Baer (guitar) and Josh Bodeen (bass) round out the quintet.  These guys have come a long way from their humble beginnings when they played in bars along peoria’s downtown to now opening for bands like Seether and Breaking Benjamin to playing in front of thousands at festivals like UPROAR and 2012’s Warped Tour.  Mindset Evolution released their first full length album Brave, Bold and Broken in 2013 and if you haven’t picked it up yet I highly suggest doing so.

Otherwise did an excellent job of taking over where Mindset Evolution left off.  They brought high energy from the moment the lights went down for their set to begin until the time they walked off the stage.  Adrian Patrick (lead vocals) sounded fantastic as he belted out song after song on Otherwise’s setlist which included the hits “Soldiers”, “I Don’t Apologize”, and their latest hit “Coming For The Throne”. Otherwise also consists of Corky Gainsford on drum, Tony “The Beast” Carboney on bass and Andrew Pugh on rhythm guitar, who despite being under the weather never showed any signs of it at all.  Overall, Otherwise did a great job and i would recommend seeing them if they are ever in a town near you.They are definitely worth the price of admission. 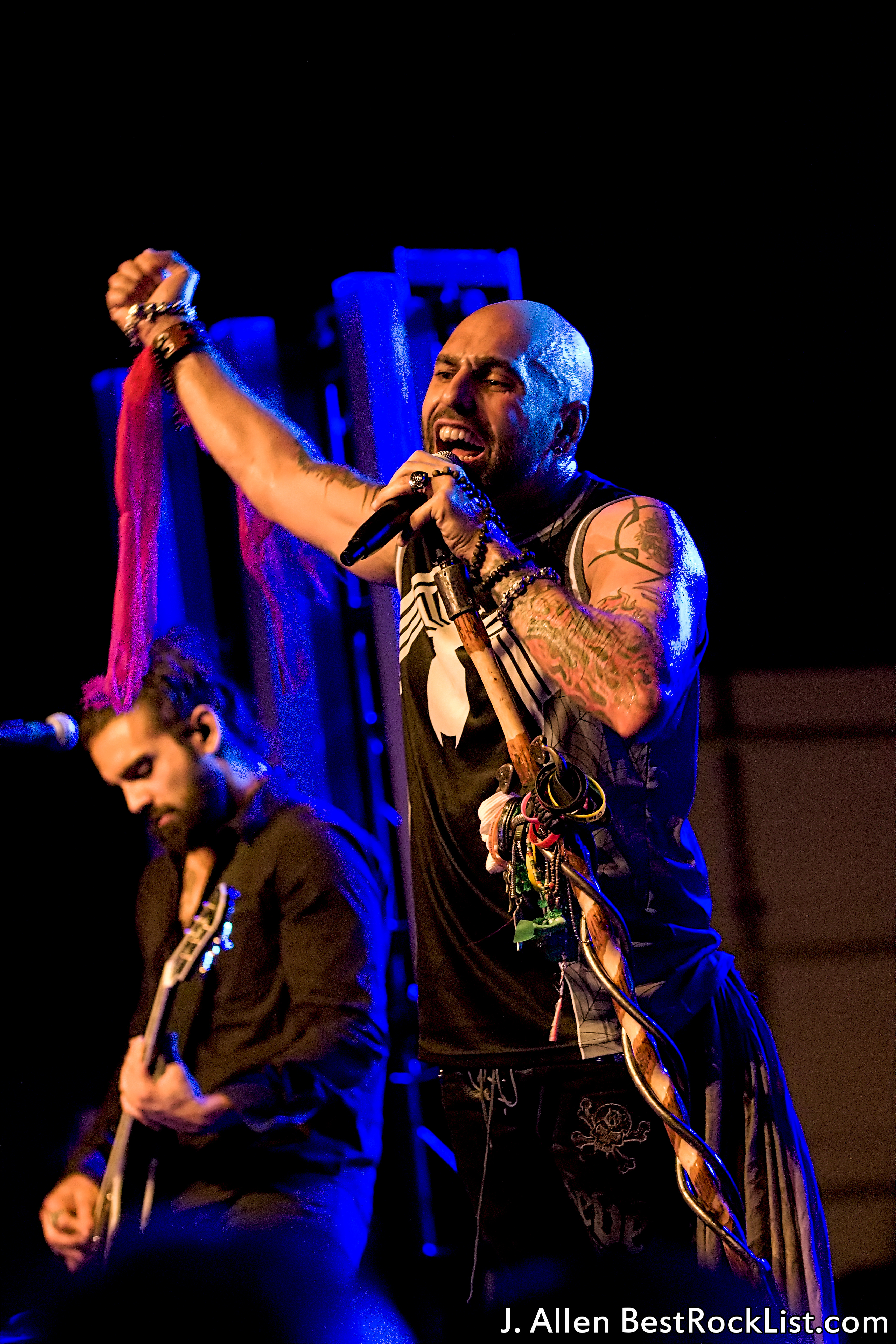 Next up was the headliner, Seether.  There’s a reason people were wrapped halfway around the Limelight Eventplex to see this hard hitting post grunge rock/metal band.  Seether, who hails from Pretoria, South Africa,has been rocking the stage since their debut album Disclaimer in 2002, definitely didn’t disappoint. Shawn Morgan’s vocal range is amazing. He can deliver whether it be hard hitting up-tempo songs like “Same Damn Life” and “Words As A Weapon” but can also pull it back like he did for the melodic and slower paced songs like “Broken” and “Driven Under”.  From the moment they hit the stage the crowd was in a frenzy, jumping up and down and singing along to ever song they performed.  Seether opened the night with the song “Gasoline” and played other hits which included “Needles”, “Rise Above This”, “Country Song”, and “Nobody Praying For Me”.  The highlight of the night was when they broke into the song “Remedy”.  There wasn’t a voice that wasn’t screaming along, feet that weren’t jumping up and down, or heads that weren’t moving back and forth as John Humphrey banged away on the drums, Shawn Morgan and Bryan Wickman wailed away on guitars, and the energetic Dale Stewart on played bass guitar.

Overall this was a excellent show.  It may have been one of the best lineups from beginning to end that has performed at the Limelight Eventplex since it opened its doors in 2014.