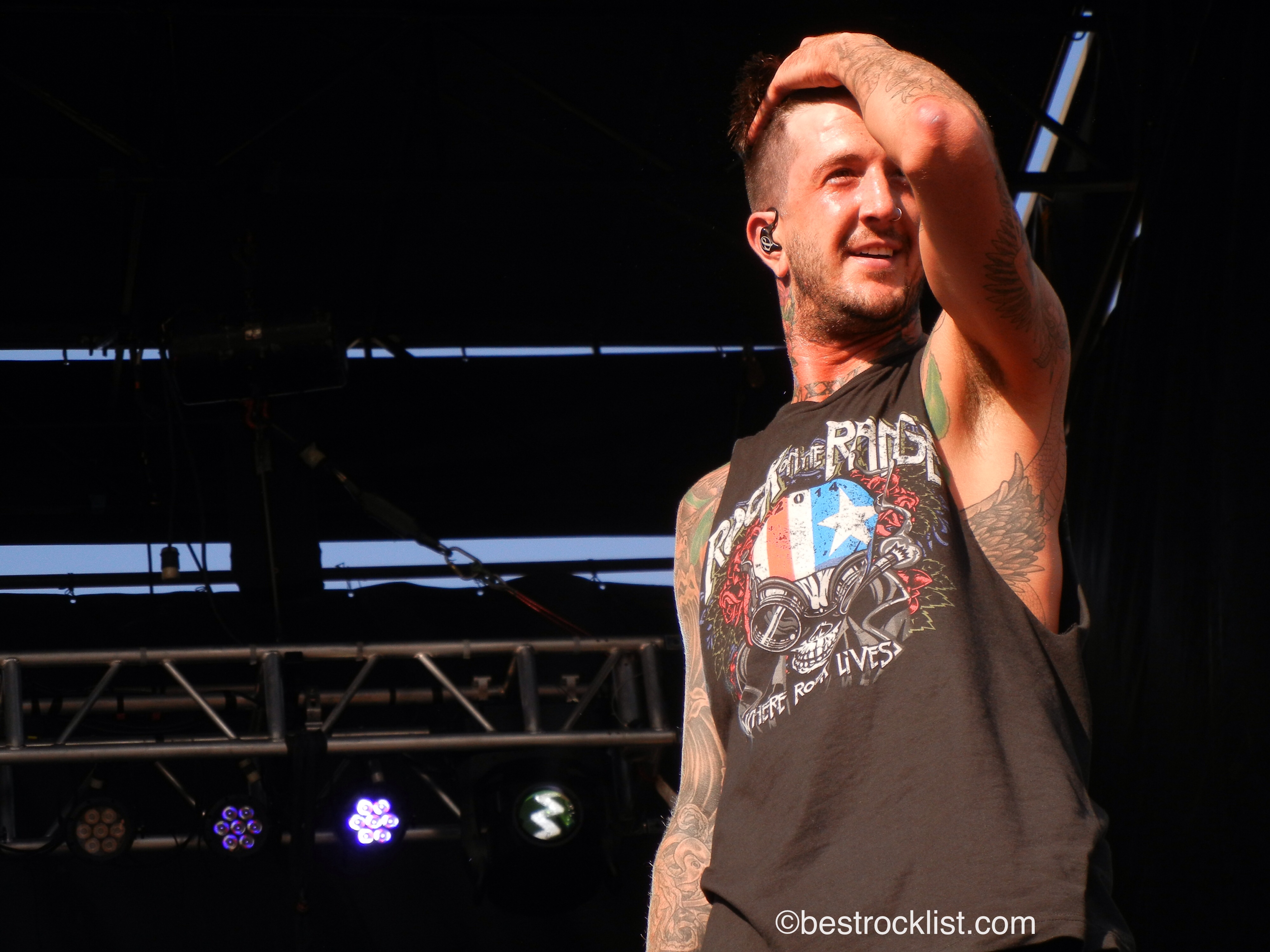 The comaraderie of rock music unites us all. Even if we do not like the same bands, we love great rock and metal music. This festival is one of the largest festivals in the Midwest with the biggest bands and is in its eighth year.

Best Fan Experience of Rock On The Range

Rock On The Range (ROTR) gets bigger every year with more incredible bands.  This was my first year as a Ranger, the term for participants of Rock on The Range.  The most essential item this year was a rain poncho but a plastic bag worked pretty well also.  The rain on Friday and Saturday did not stop Rangers from getting out and getting to the shows.  The Ernie Ball and Jagermeister second and third stages were all in great walking distance to the main stage.  The main stage at Rock On The Range is the best out of any festival I have been to.  Many festivals have lots of bands on lots of stages and you might be twenty thousand people back.  In Crew Stadium, there was plenty of great seating and sight lines to the stage and the audio was great as well. 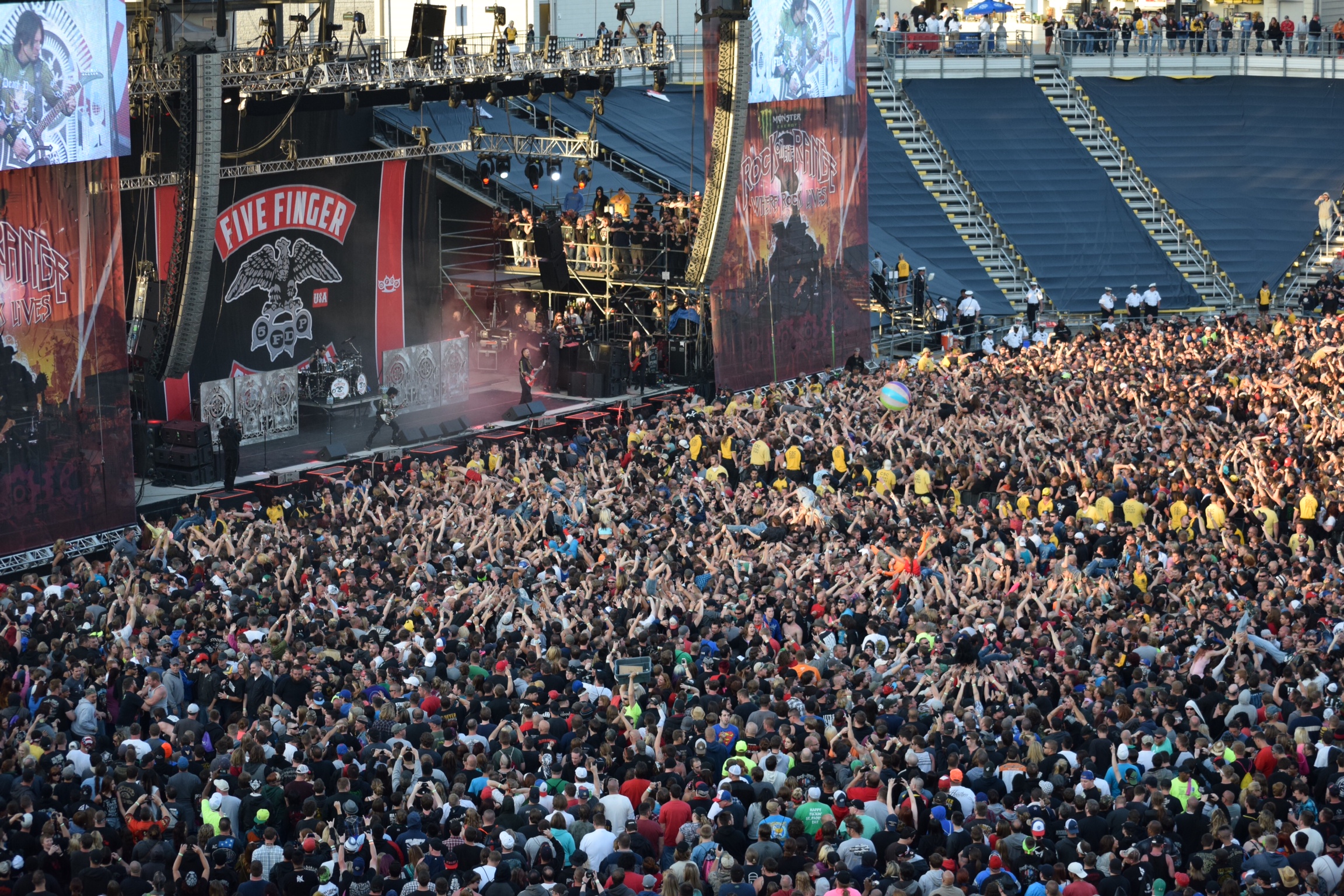 This year’s lineup for 2014 featured Killswitch Engage, Guns N Roses, Slayer, Avenged Sevenfold, Five Finger Death Punch, and Kid Rock. With over sixty bands playing, you could discover plenty of new bands. Columbus is an ideal location as rock and metal fans abound in the area. I drove almost six hours to get here and lots of fans drove that far to see this incredible festival. The highlights for me were meeting artists and personalities from bands I had met in the past like Stars in Stereo and We As Human as well as meeting new ones such as Sirius XM DJ, Jose Mangin, comedian, Don Jamieson, host of That Metal Show, DJ Ashba of Gun N Roses and Sixx A.M. and Austin Carlile, singer from Of Mice & Men.

The undertaking of seeing each band perform, going to meet and greets, eating, waiting for the bathroom, and having fun could easily use a personal assistant.  Thank goodness for smart phones and social media.  ROTR schedules were Tweeted, Instagrammed and Facebooked.

There was not only great music but comedy as well, vendors for clothing, jewelry, and other paraphernalia.  There was a tent stocked exclusively with Dimebag Darrell gear.   Part of the fun of going to festivals is meeting new friends there.  Fans for rock and metal have a uniform of dressing in band shirt and jeans or shorts.  Rangers are no exception and good luck to you if you lost your friend because they might be hard to find in a crowd. 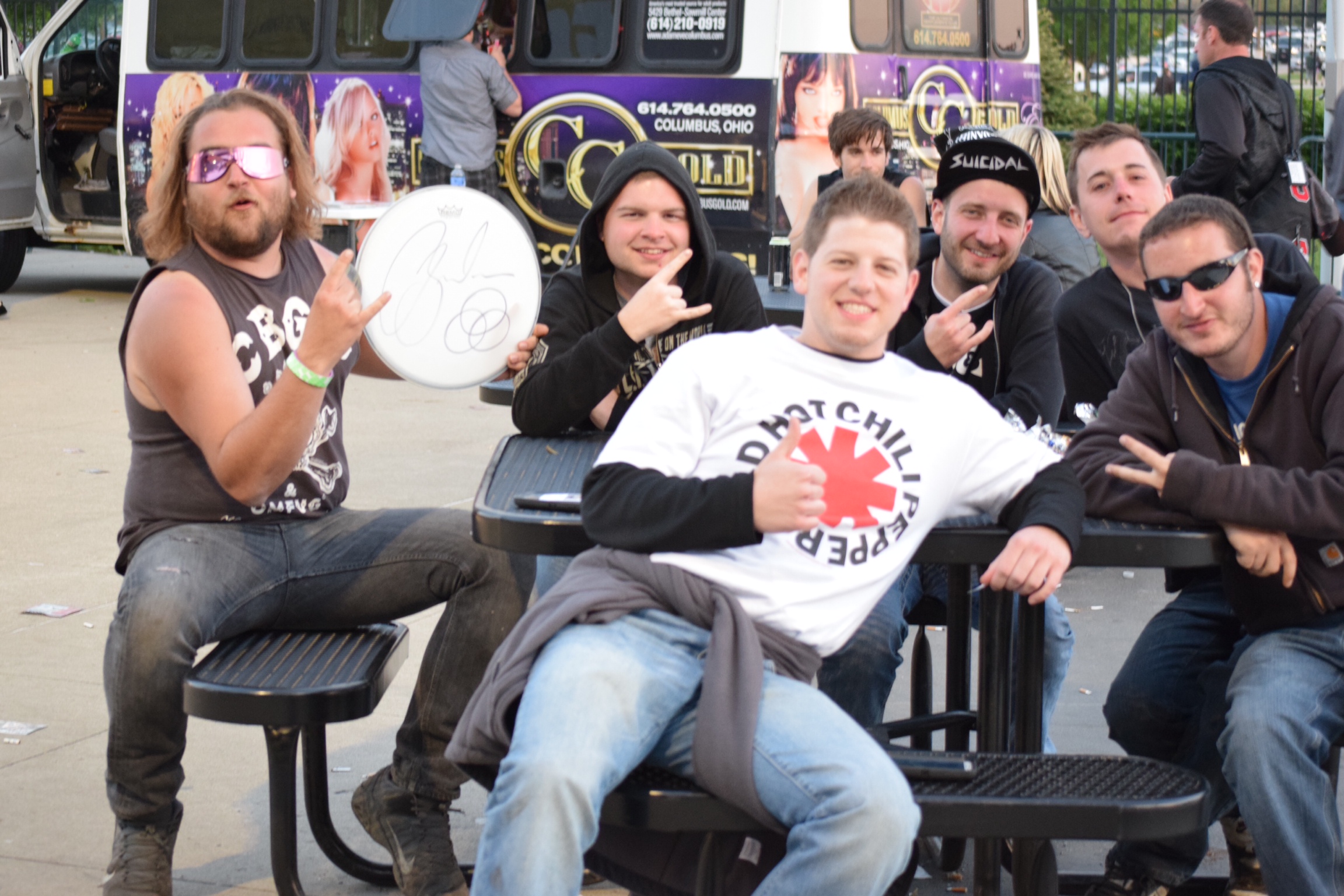 Fans from Rock On The Range

Best Rock On The Range Meet and Greets with Bands

FYE had the most meet and greets with everyone from Black Label Society, Butcher Babies, Lacuna Coil, The Pretty Reckless, We As Human, Fozzy, Alter Bridge, Heaven’s Basement, and Miss May I.  For the purchase of the artist’s cd or vinyl album you would get a meet and greet bracelet.  For some artists, an additional fee would get you VIP access where you could go to the front of the line.  Monster Energy had meet and greet with Five Finger Death Punch and DJ Ashba.  DJ Ashba also had signings at his tent, Ashba Swag, a clothing line.  Crazy’s Dave’s Music Experience had meet and greets with Alter Bridge, Mastodon, Of Mice & Men, Trivium, Miss May I, Pop Evil, We As Human, Black Stone Cherry, and Killswitch Engage to mention a few.

Best Performances of Rock On The Range 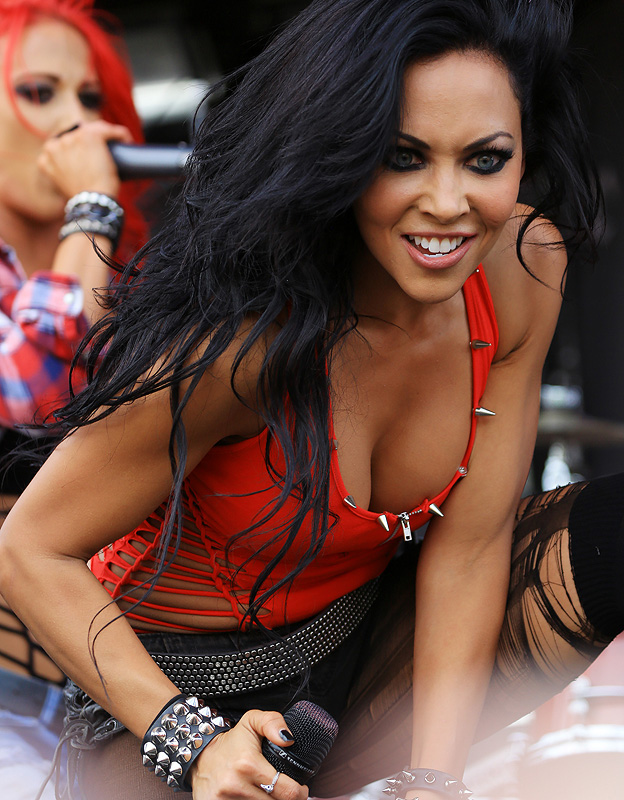 The best performances of Rock On The Range were hard to whittle down but we can say there were amazing bands in attendance.  Guns N Roses, Killswitch Engage, Living Colour, Slayer, Avenged Sevenfold and Five Finger Death Punch were all highly anticipated performances.  Phil Anselmo’s band Down was highly anticipated as well as The Pretty Reckless as this was the first time many fans were seeing them live.  Danny Worsnop’s (Asking Alexandria) side project, We Are Harlot, had their inaugural performance that was well received. 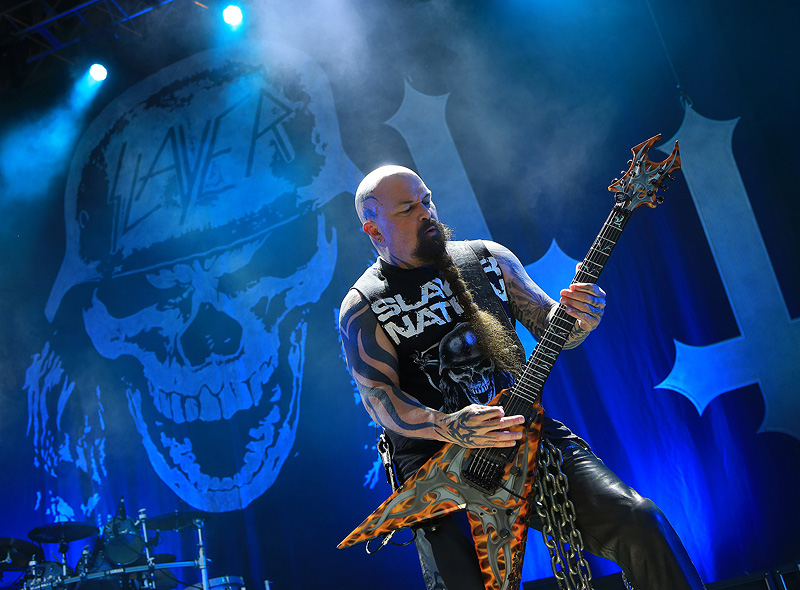 Breakout bands from the Jagermeister and Ernie Ball stages were Crobot, Gemini Syndrome, Avatar, and Twelve Foot Ninja.  Crobot is a band from Pennsylvania and they have a timeless sound.  Their fashion is definitely seventies-inspired.  Gemini Syndrome has been around for a few years and hail from Los Angeles.  Their sound is very reminiscent of Breaking Benjamin with undertones of Tool.  Avatar is a Swedish metal band that wears makeup similar to Alice Cooper but have a darker feel than Alice.  Avatar’s videos are amazing and directed by Johan Carlén.  Twelve Foot Ninja is from Melbourne, Australia and just won the Revolver Golden Gods Award for Best New Talent.

Trivium gave it their all on the main stage Sunday as Matt Heafy lost his voice and had to cancel some subsequent shows on their tour.  See the band’s statement here.

My personal favorite performances of Rock On The Range were iconic Living Colour performing “Cult of Personality”, Staind performing “It’s Been A While”, Guns N Roses performing “Welcome to The Jungle”, Slayer’s entire performance, and Of Mice & Men performing “Bones Exposed”.

Rock On The Range was phenomenal. See all the photographs of my coverage here:

Rock On The Range Gallery

Until next year Rangers.