Asking Alexandria, Motionless in White, Upon a Burning Body, and Crown The Empire Concert Photos and Videos

The photos from this show on Thursday, August 8, 2013 in Bloomington, Illinois at the historic Castle Theatre.  I highly recommend seeing any of these bands, Crown The Empire, Upon a Burning Body, Motionless in White and Asking Alexandria know how to put on a phenomenal show.  Every act had extremely high energy.  Each band member was incredibly nice.  The size of the venue also made this particular concert an ultimate fan experience as it was the smallest venue of the tour.  Fans had opportunity to touch, smell and interact with the bands and band members.  All of the photos of this show are taken from a fan perspective.  If you were at the show, scroll down and you may find yourself.

The night started with Crown The Empire and they were incredible.  The band members were extremely nice.  The band crowded around this minuscule merch table and talked with fans and posed for pictures for hours.   Crown The Empire is going to be the biggest band to come out of this tour. 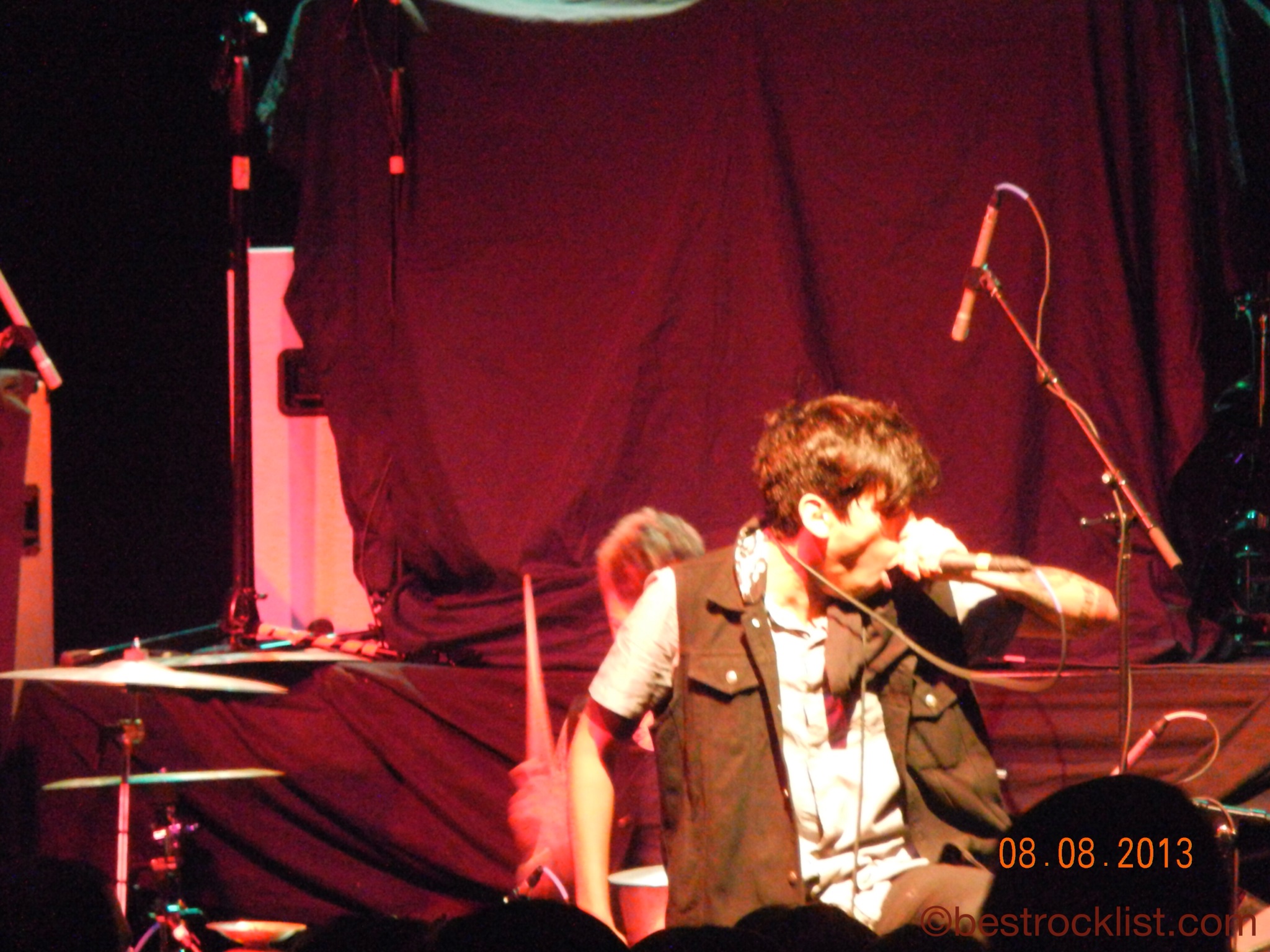 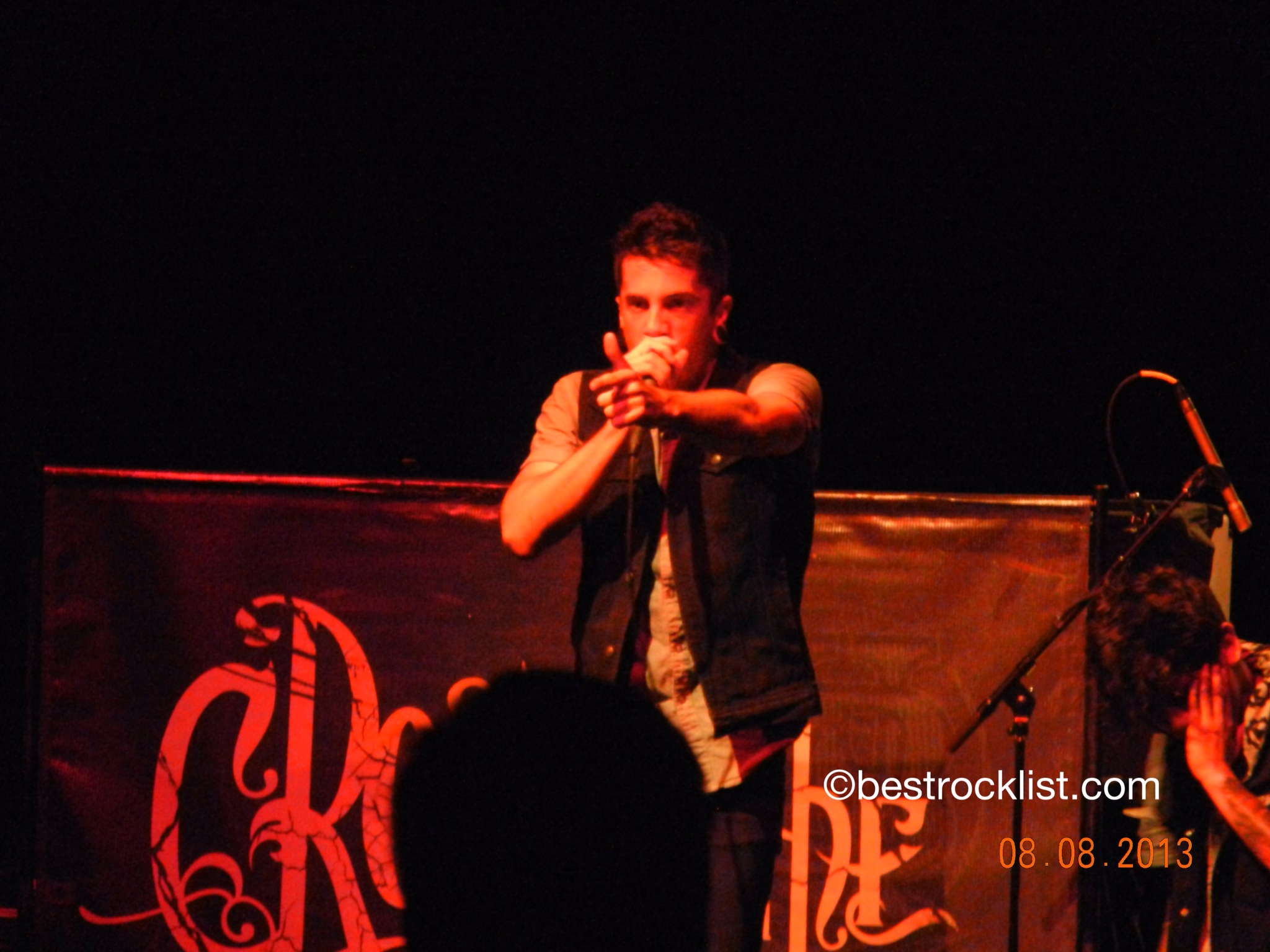 Video of Crown The Empire performing Memories of A Broken Heart

Video of Crown The Empire performing The Fallout

The next band was Upon a Burning Body.  Their energy and fan interaction was incredible.  Their image is deceiving because they are dressed in suits but then rock out the entire time.  Danny Leal, the singer, started out in three-piece suit.  As their set continued, he kept losing pieces of his suit until he was shirtless. 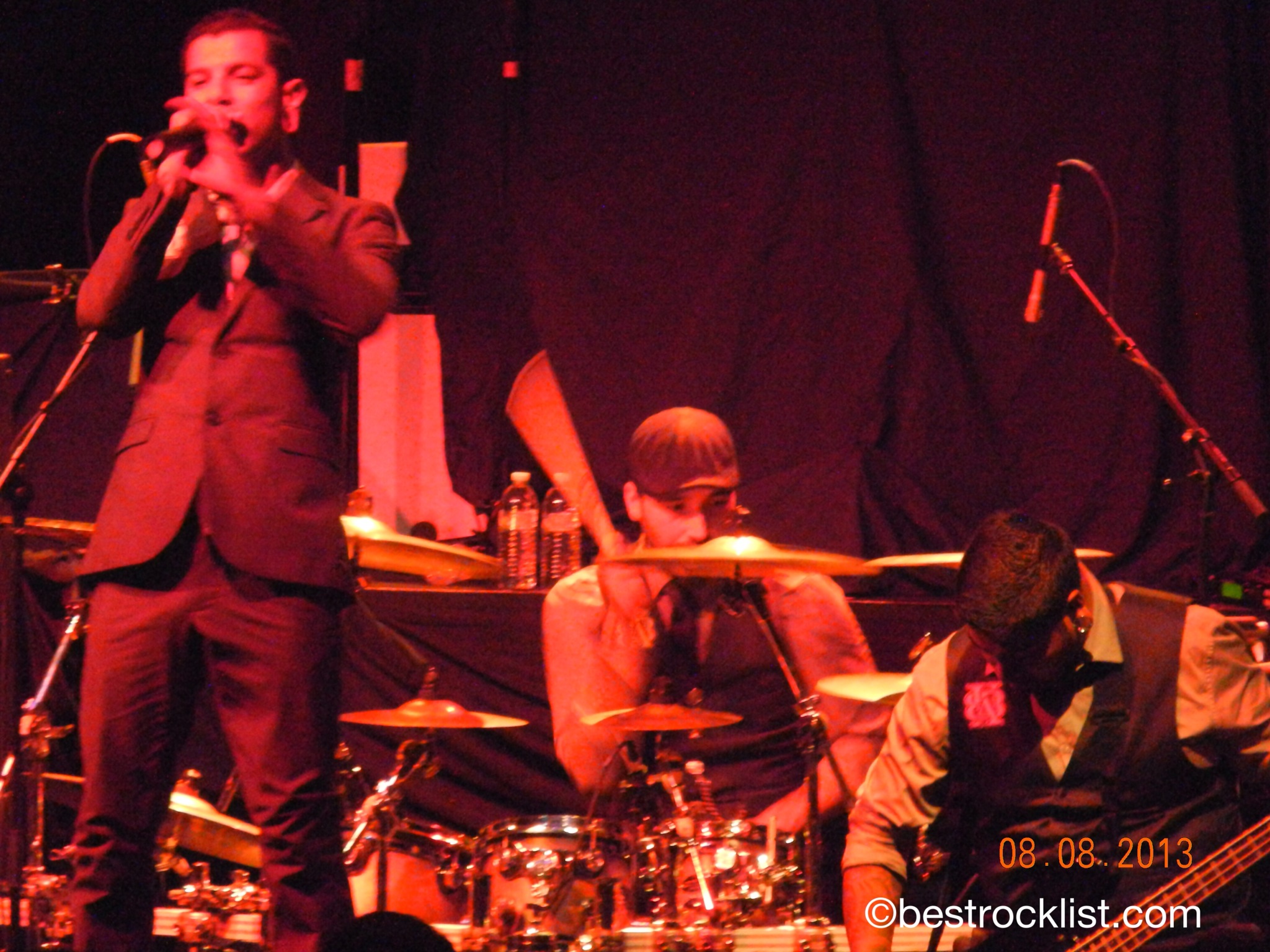 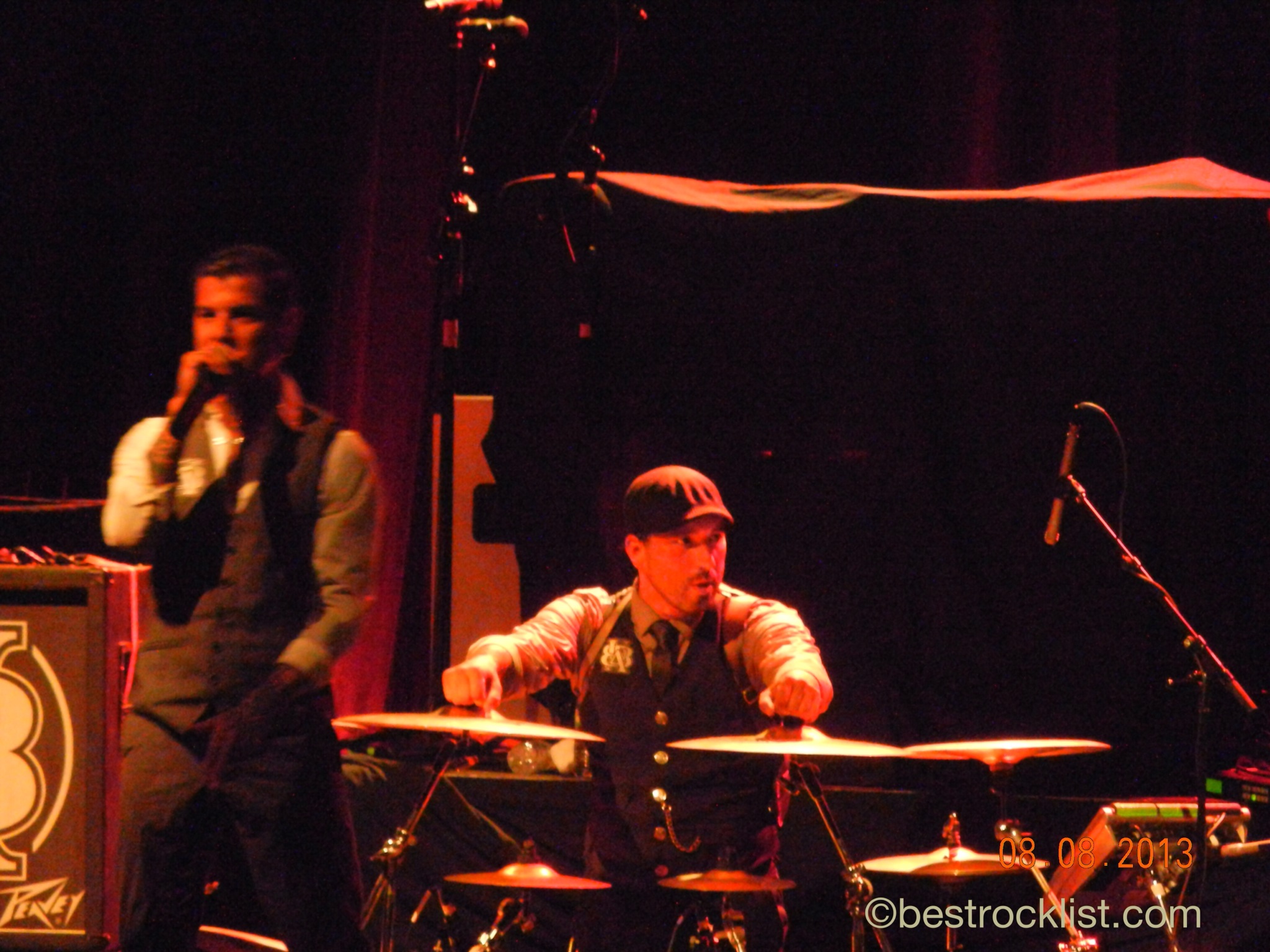 Video of Upon a Burning Body performing Texas Blood Money 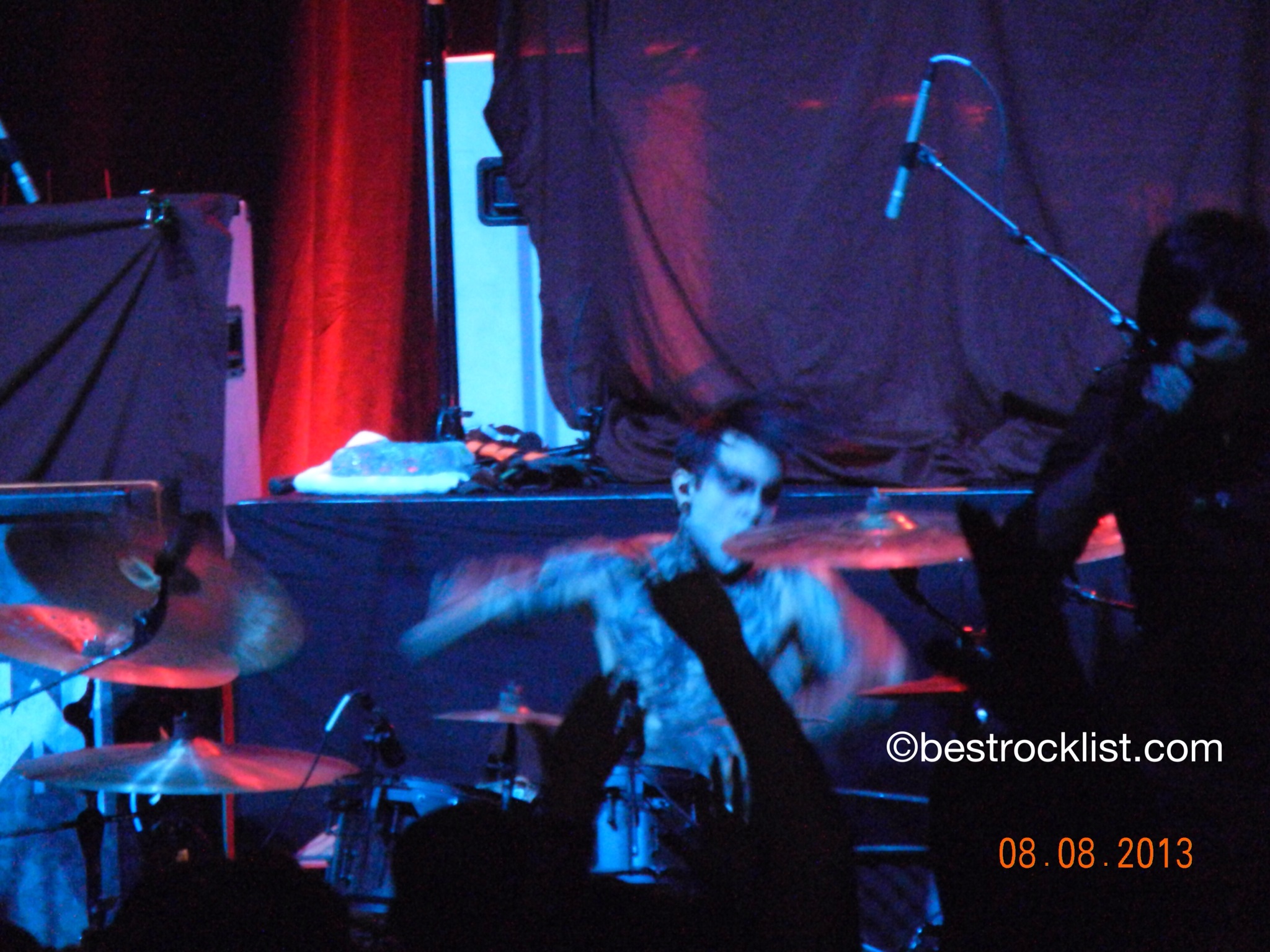 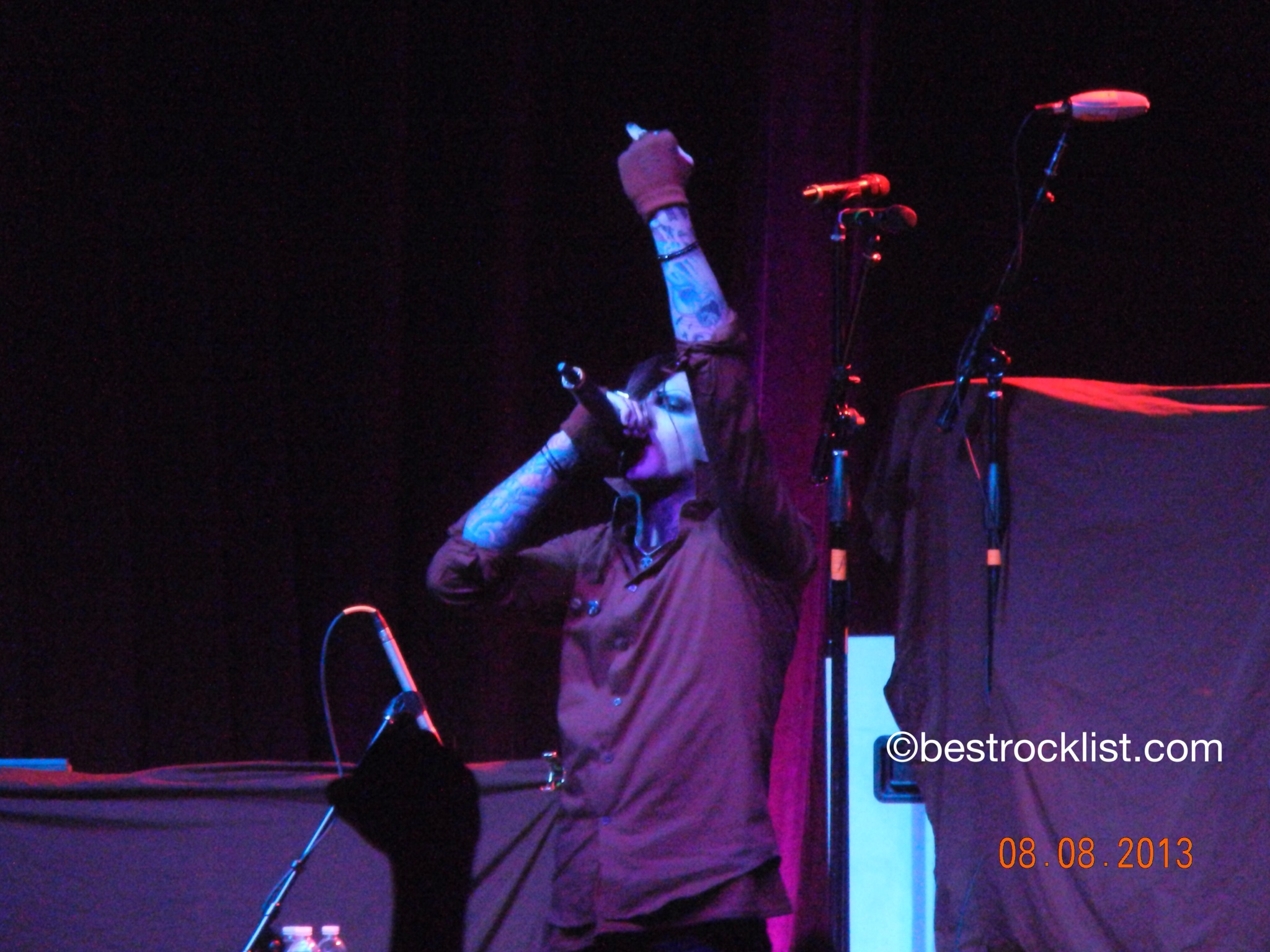 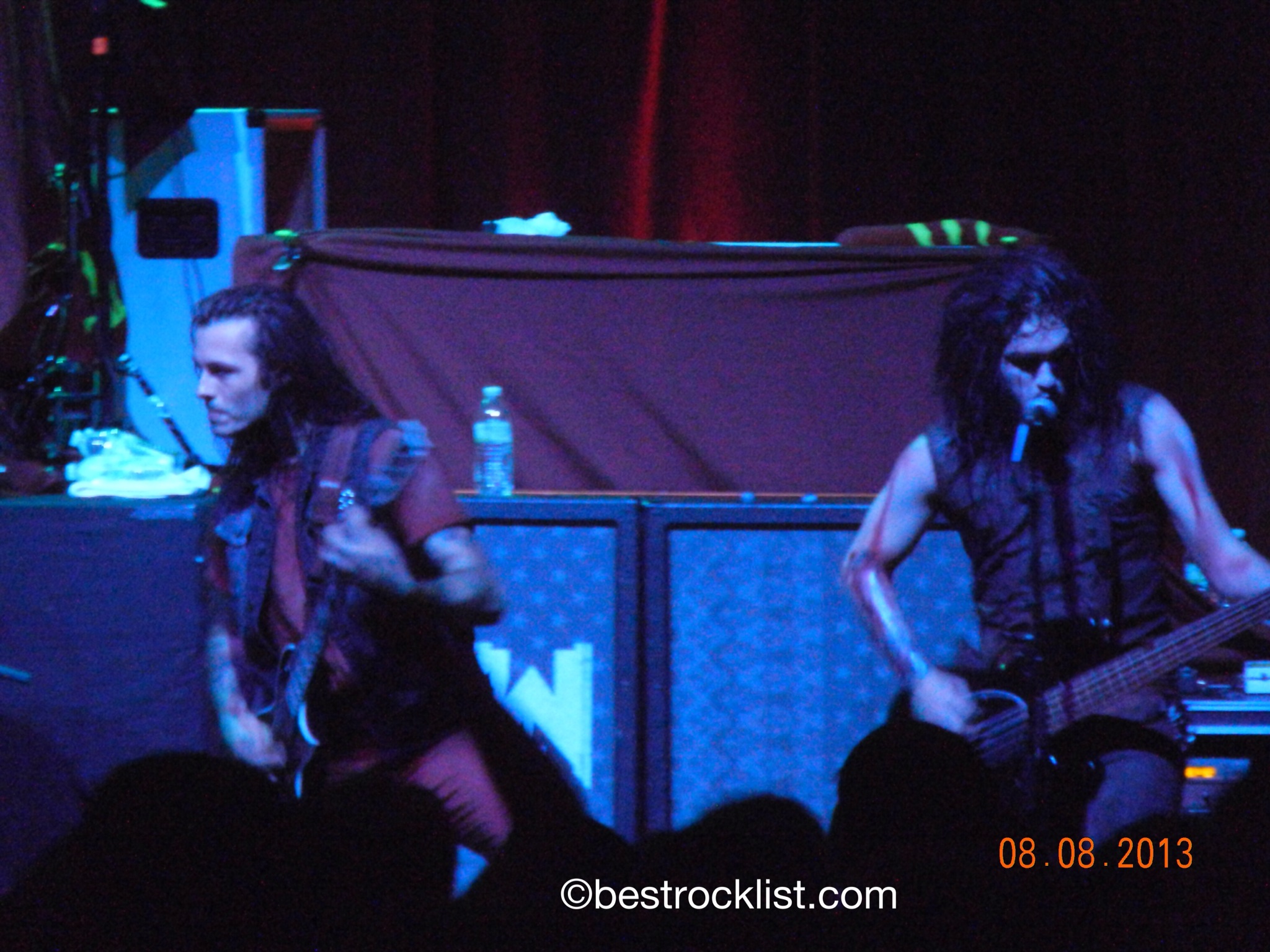 Video of Motionless in White performing Sick From The Melt

Finally, the main event was Asking Alexandria and they delivered a fantastic performance. James Cassells is a phenomenal drummer. Danny interacted with the crowd by talking to them and taking time to even hug an excited fan. They put on a stellar show. 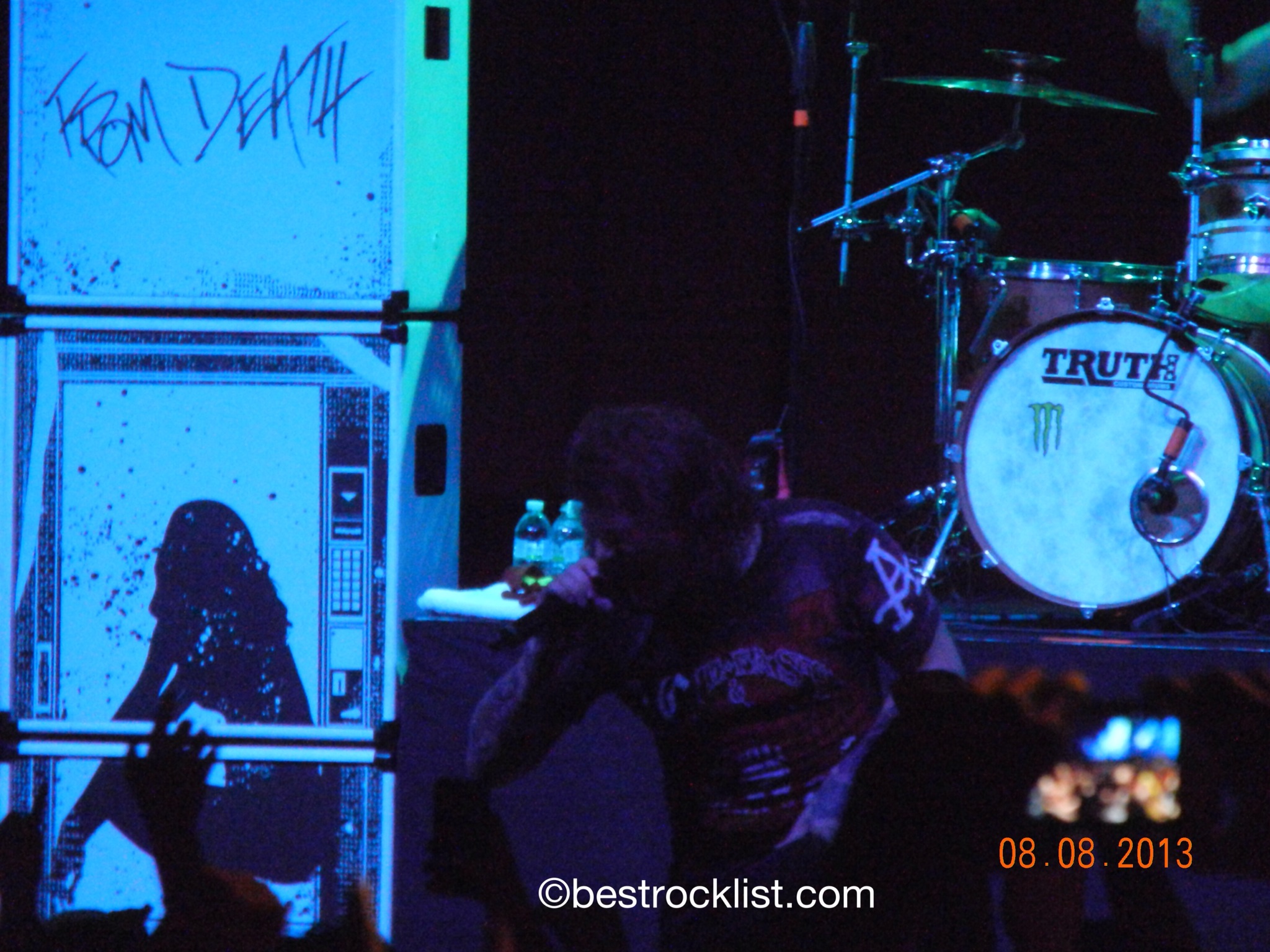 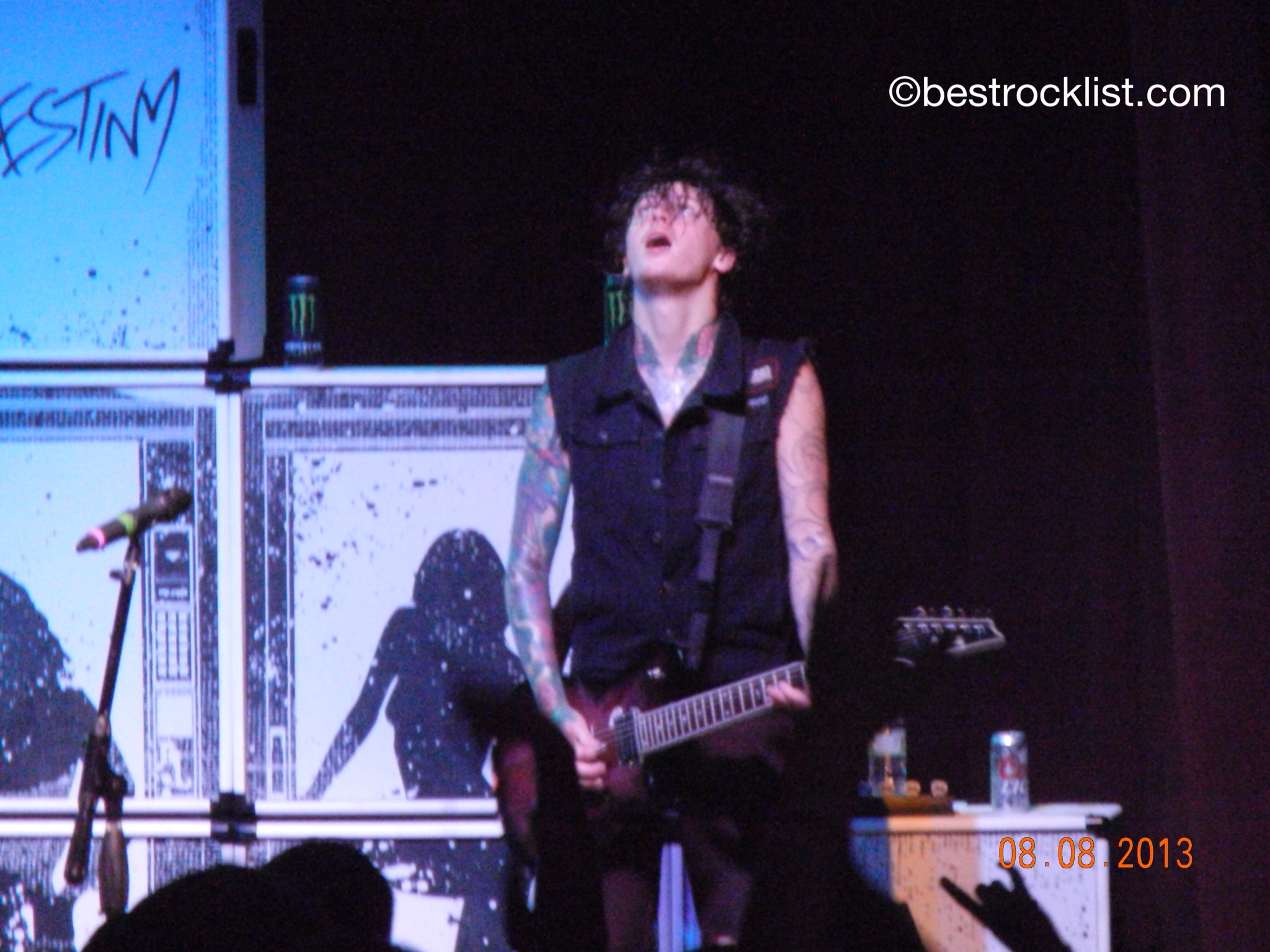 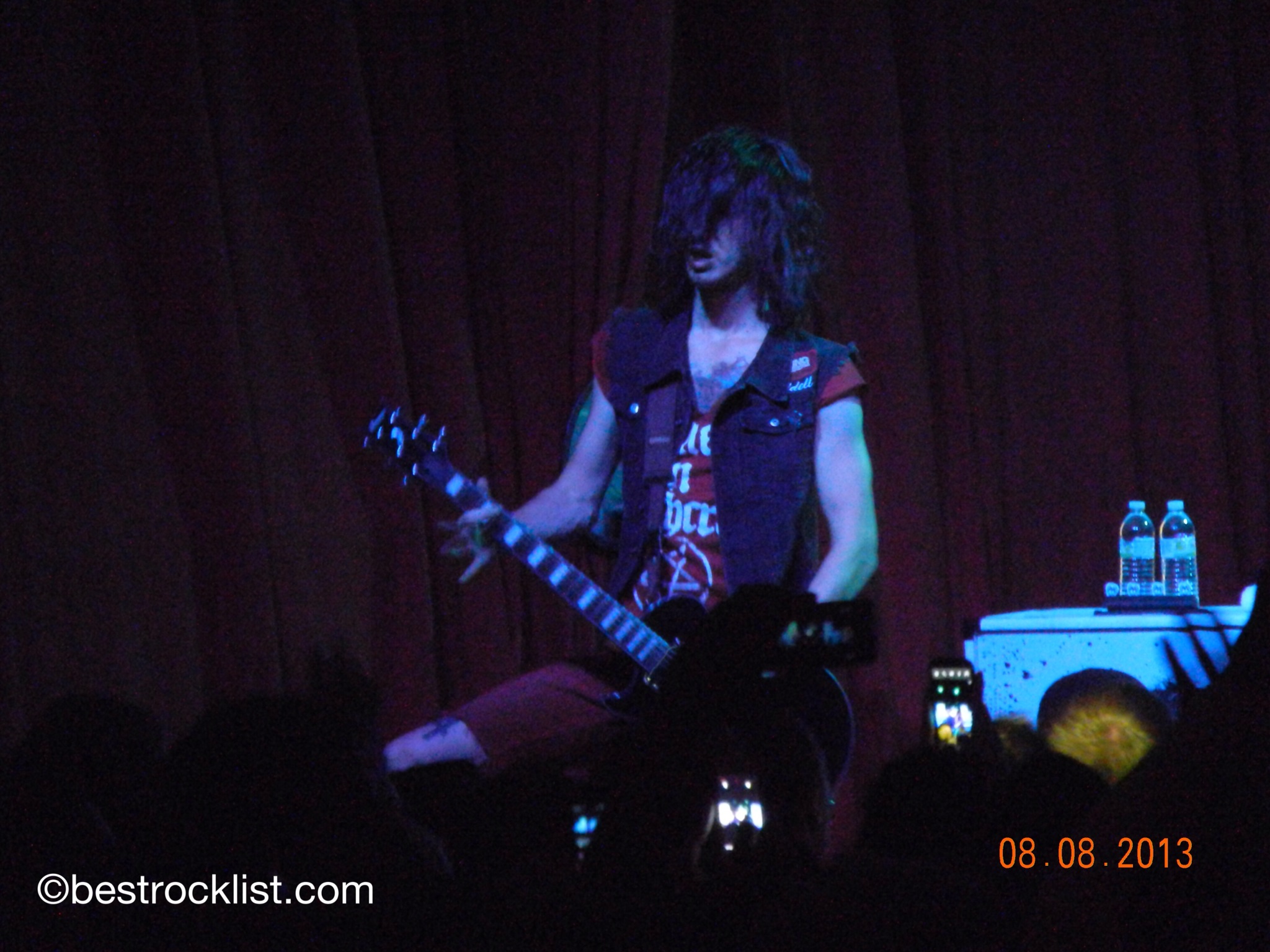 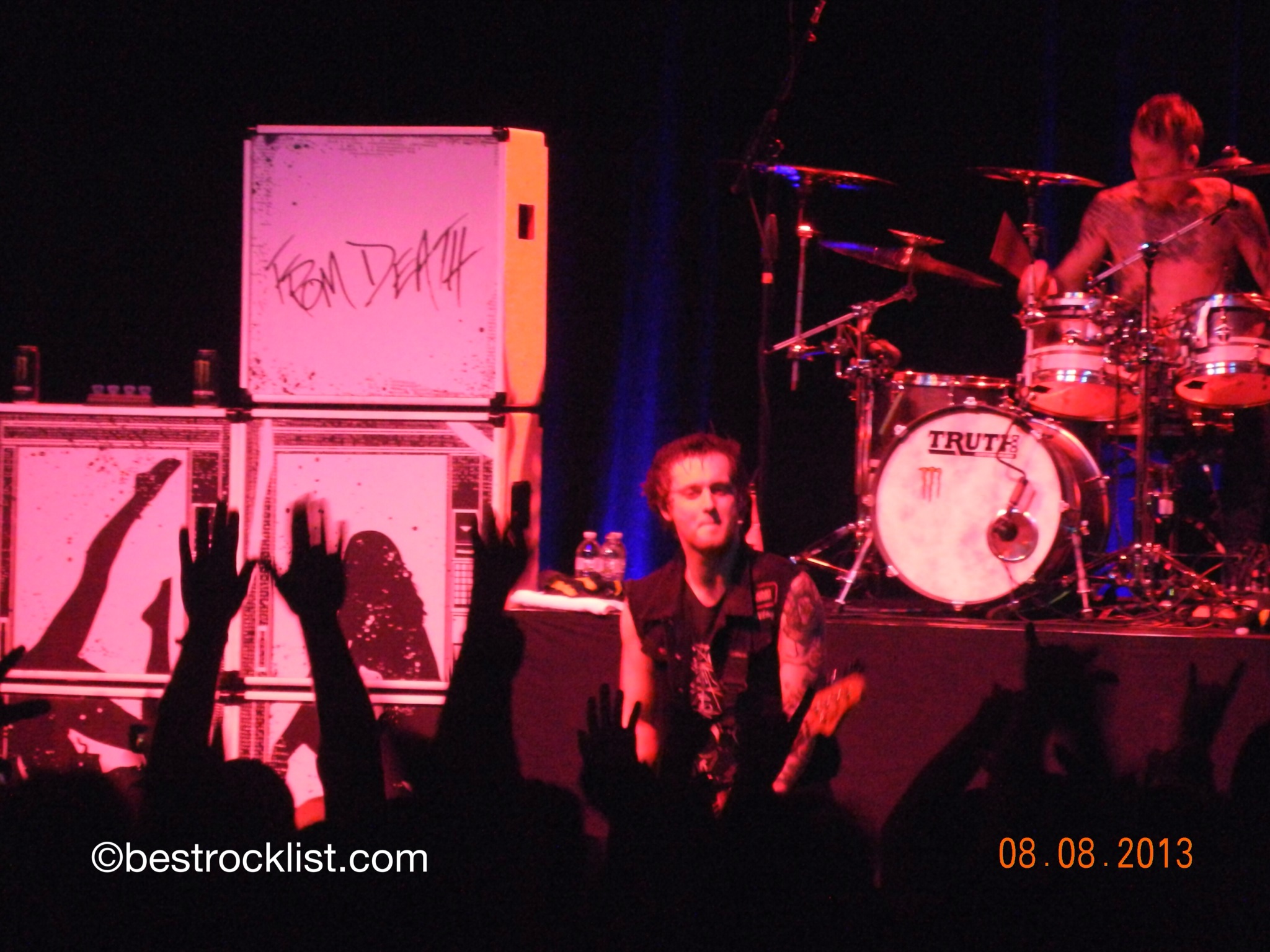 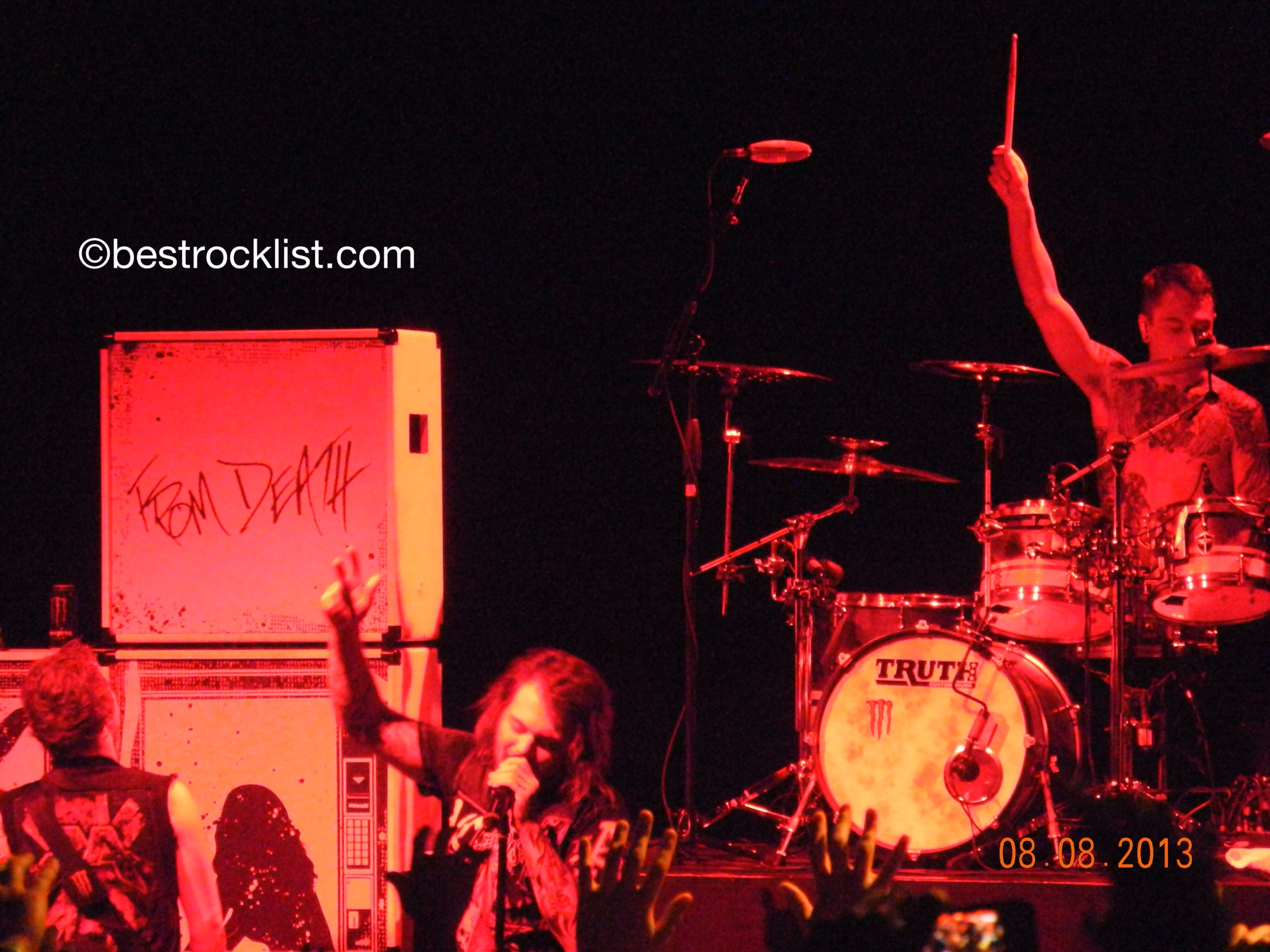 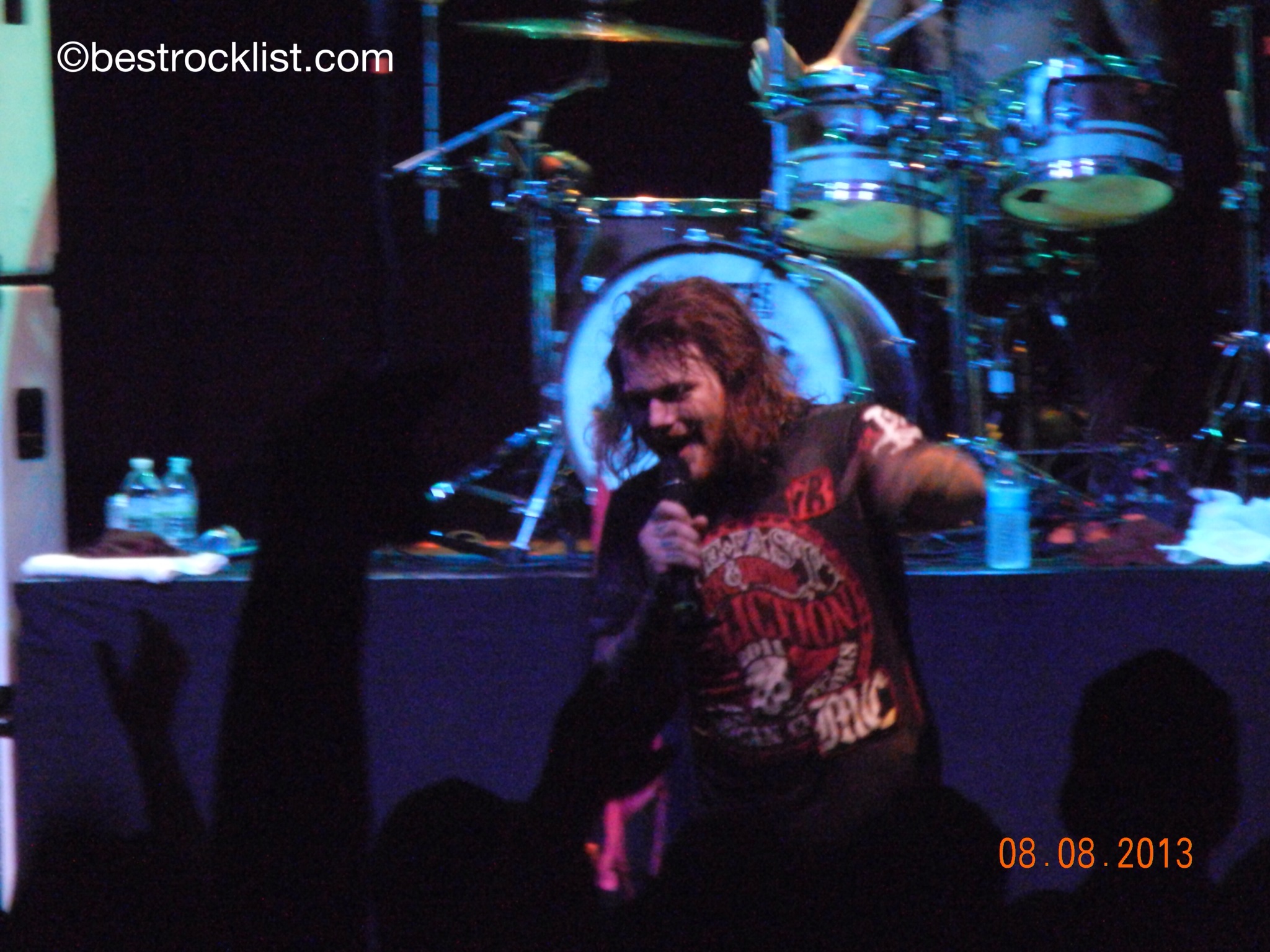 Video of Asking Alexandria performing The Death of Me

I also had the opportunity to meet some of the other fans.  Scroll down and see if you see yourself in these photos.  Come find us at upcoming concerts we attend and we would love to take a photo with you. 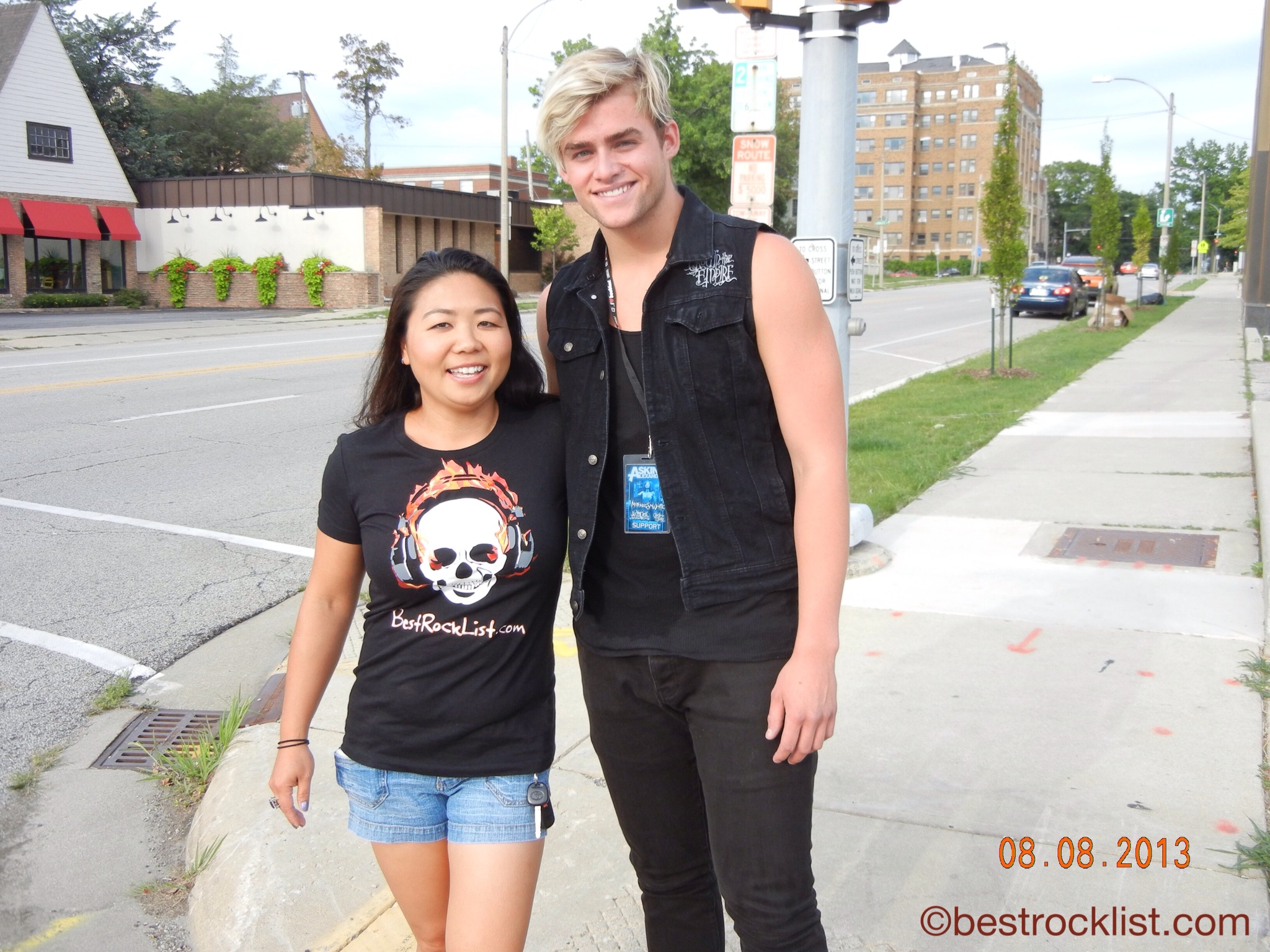 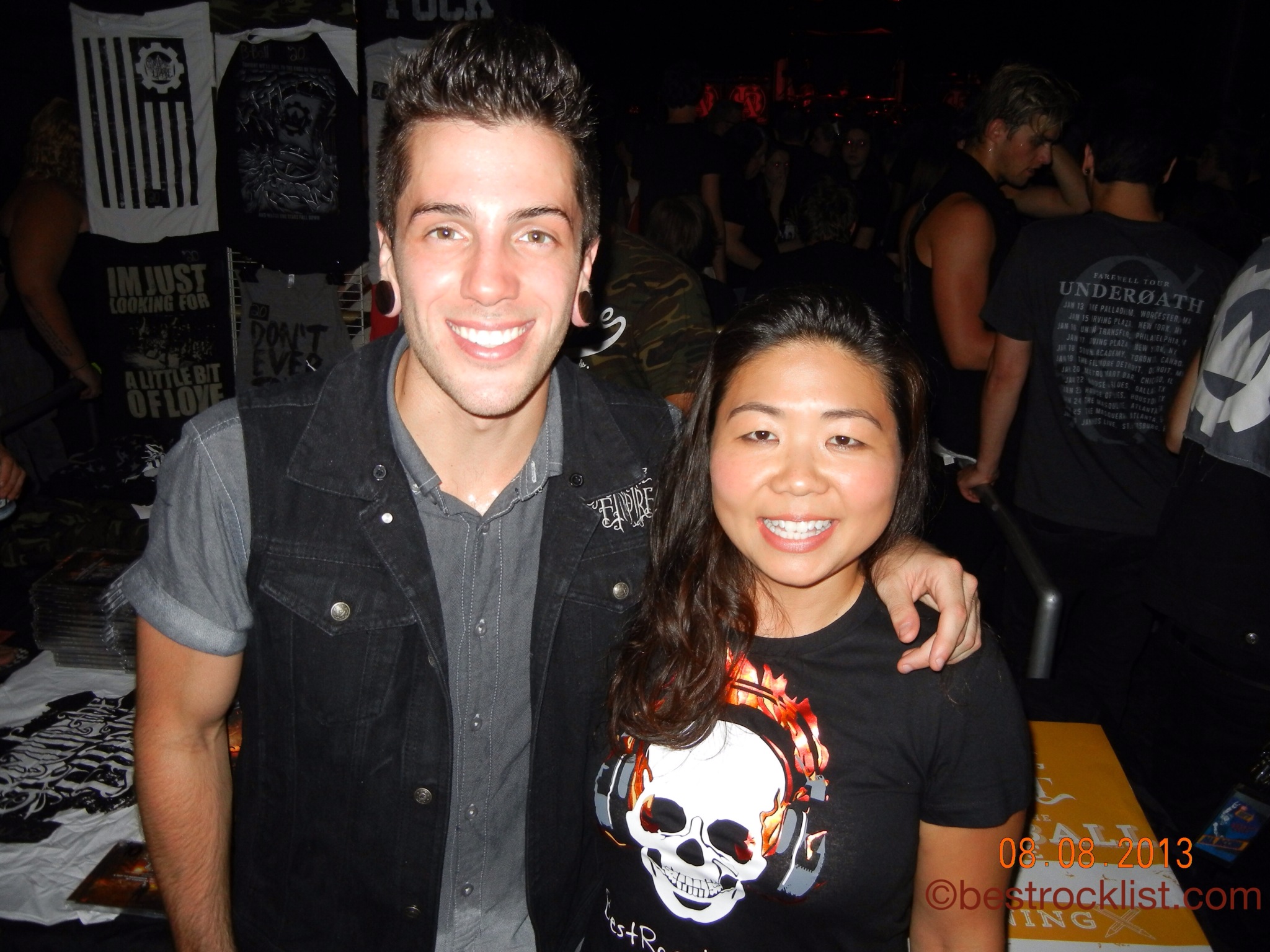 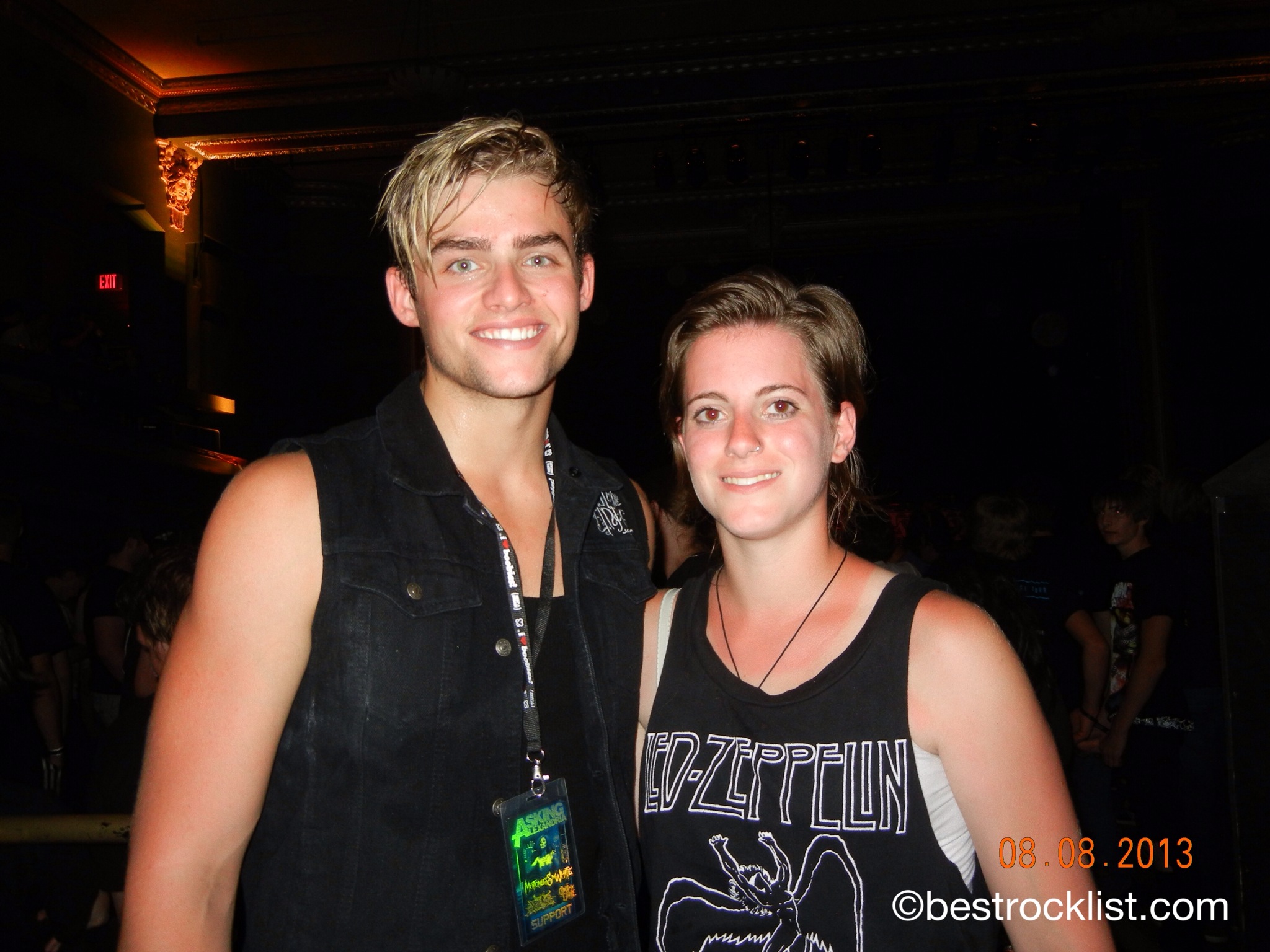 Crown The Empire Bennett Vogelman and a fan 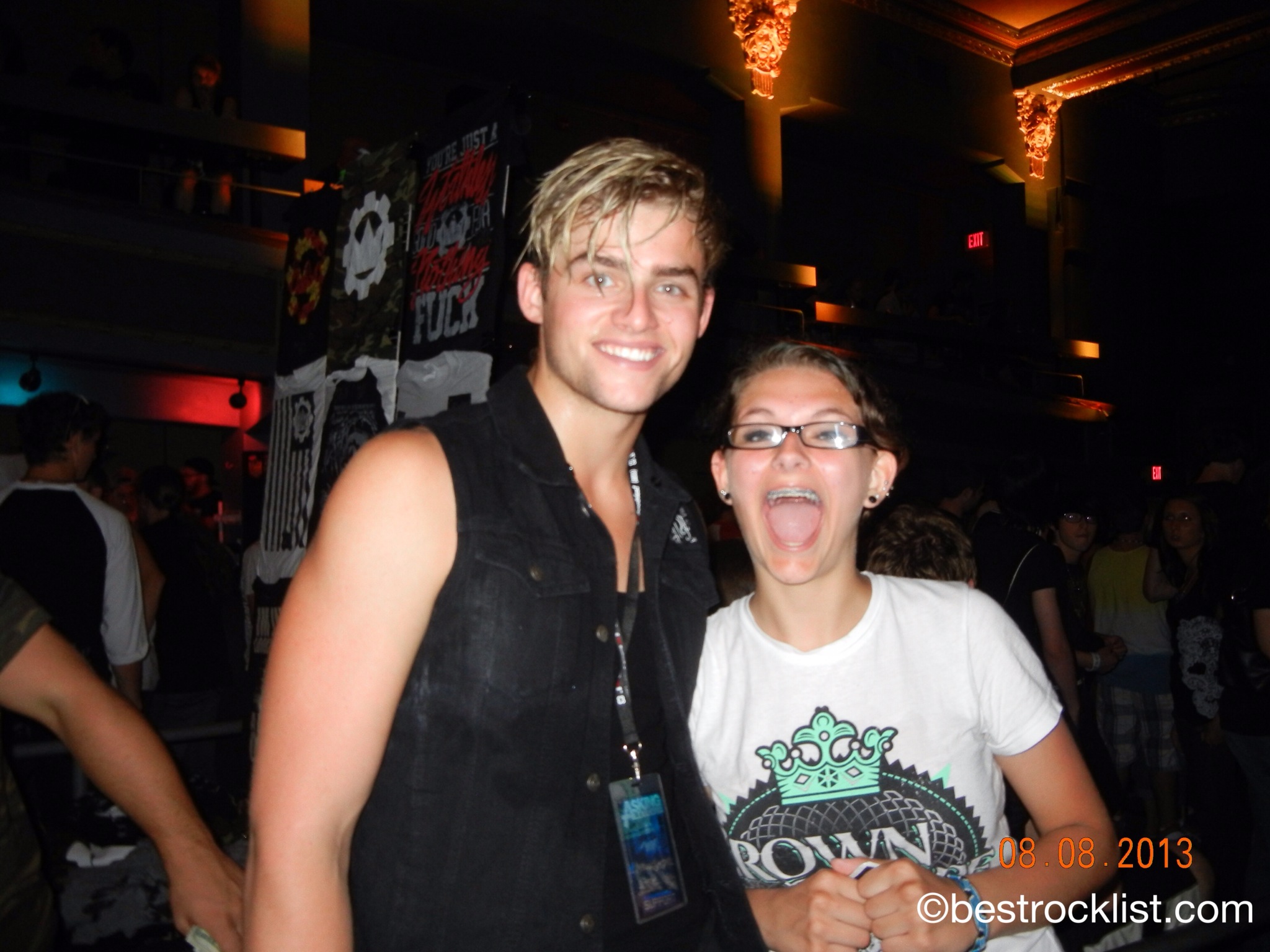 Crown The Empire Bennett Vogelman and a fan2 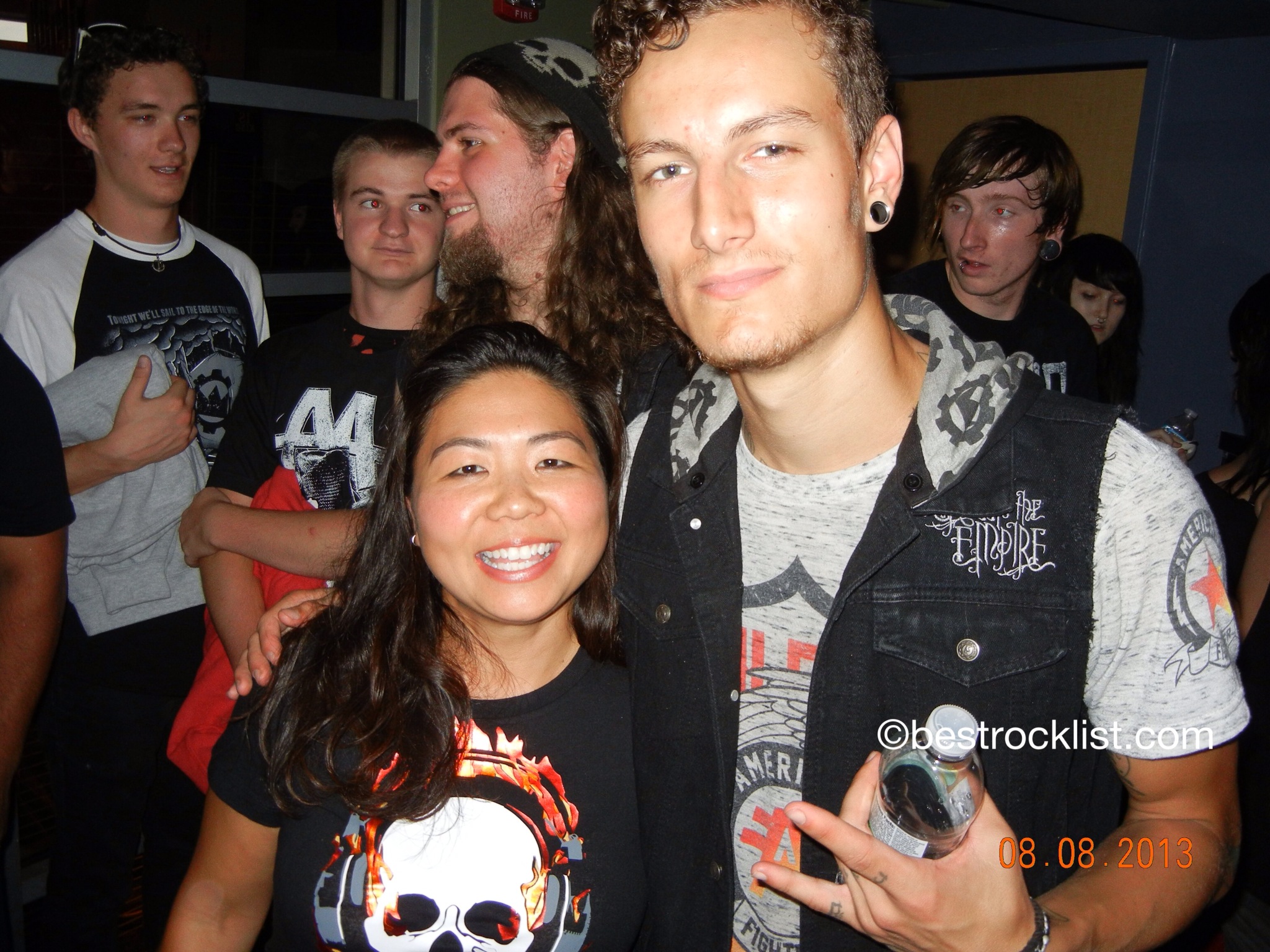 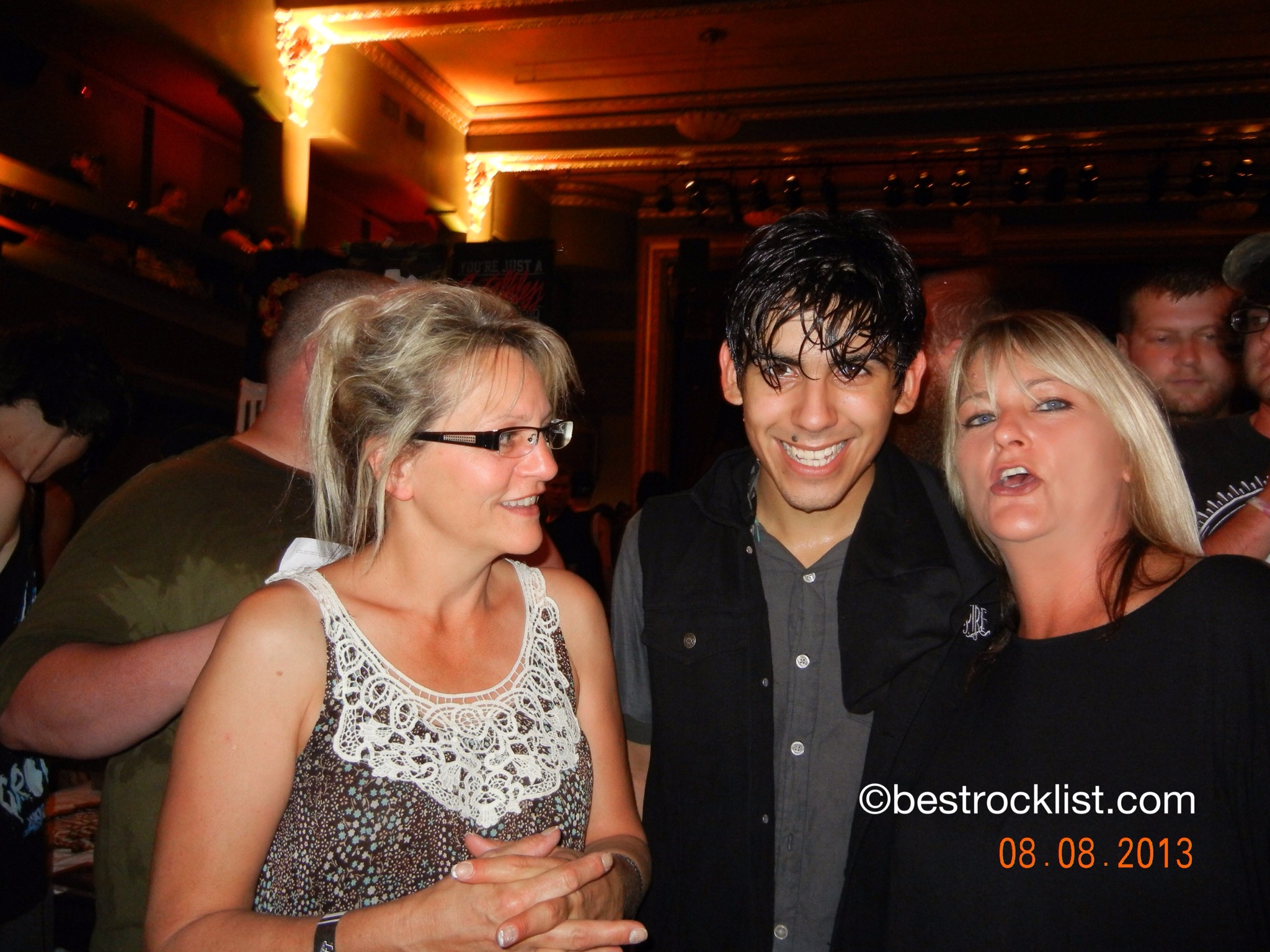 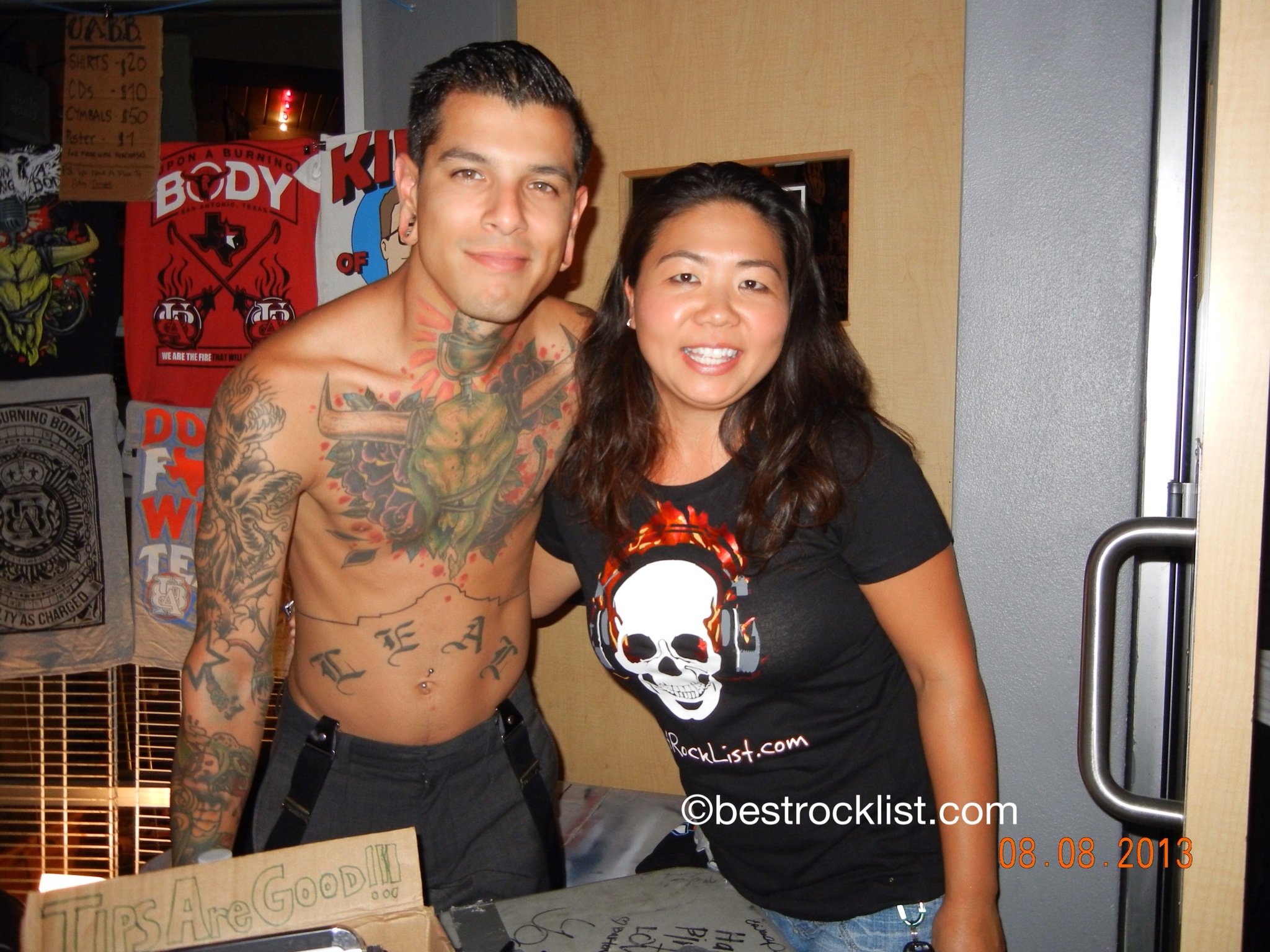 Upon A Burning Body Danny Leal and Suzie 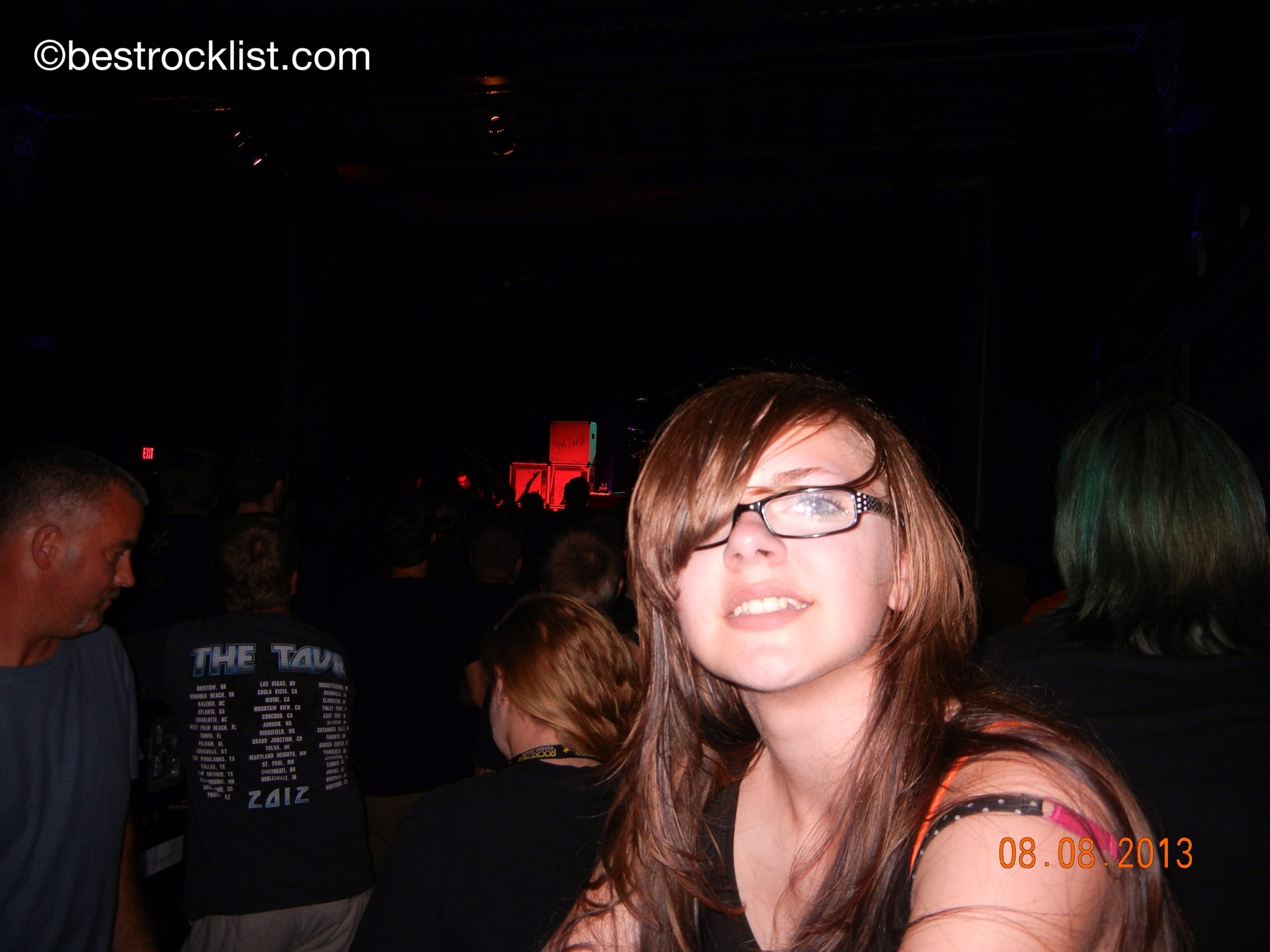