Central Illinois rock fans love their Chevelle. The venue was about ten fans short of being sold out. Peoria and the surrounding areas have a lot of phenomenal rock shows going through the area. The Pretty Reckless performed the night before and had to be moved as they were initially slated for the same night. Rock fans in the area have a plethora of great rock shows to attend and always choose Chevelle when they are in town.

The night started with Los Angeles’ Silver Snakes who has been to the area opening for Korn. Their sound is a fusion of industrial metal with progressive metal. Their latest album Saboteur is out now. Their set warmed up the crowd for the main act. 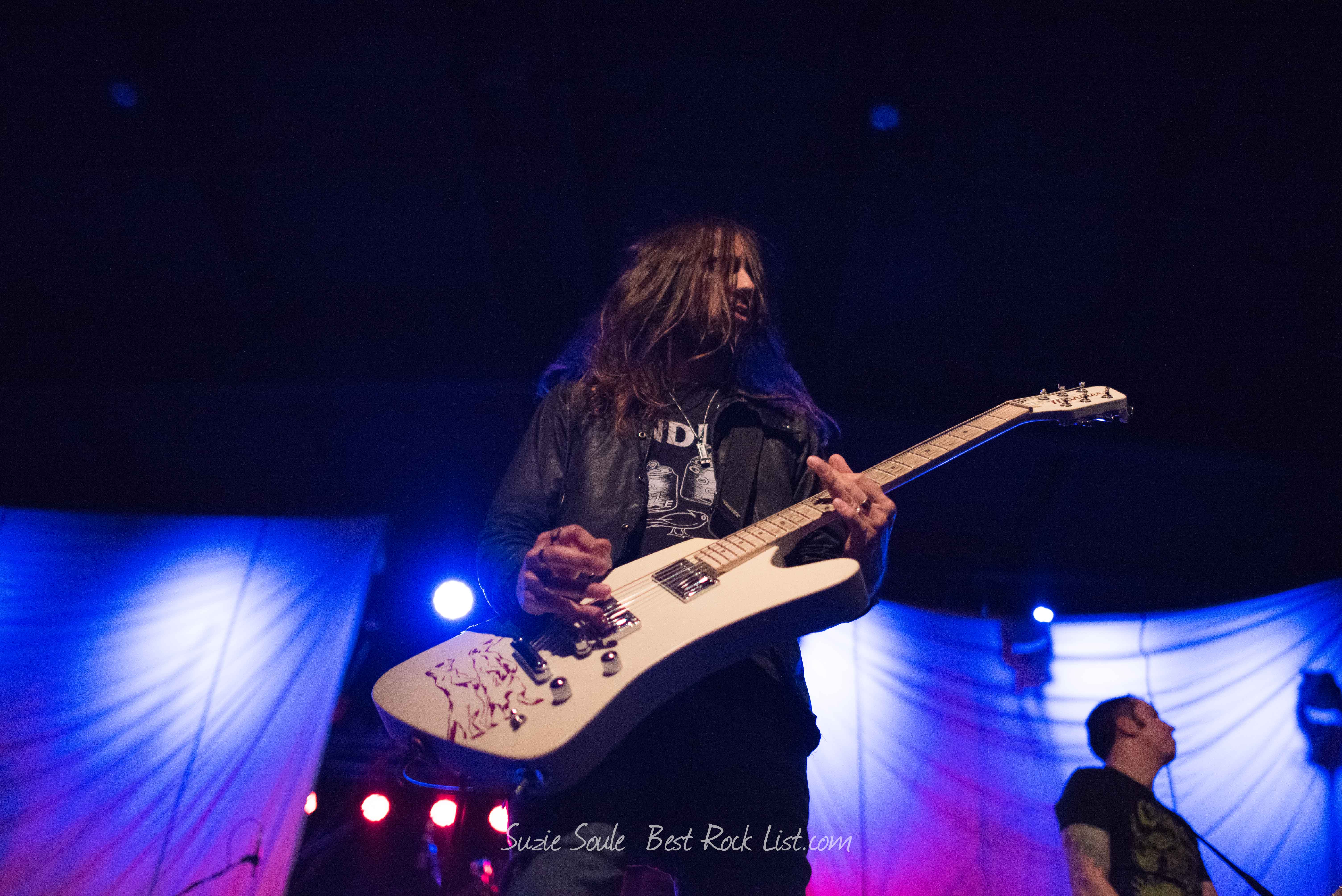 ÆGES, pronounced as ‘Ages’ was the second opener and they also hail from Los Angeles. The band just played and had a sound that was eclectic that reminded me of Deftones or Between The Buried and Me. The vocals were lower however the music kept us all engaged in the songs. 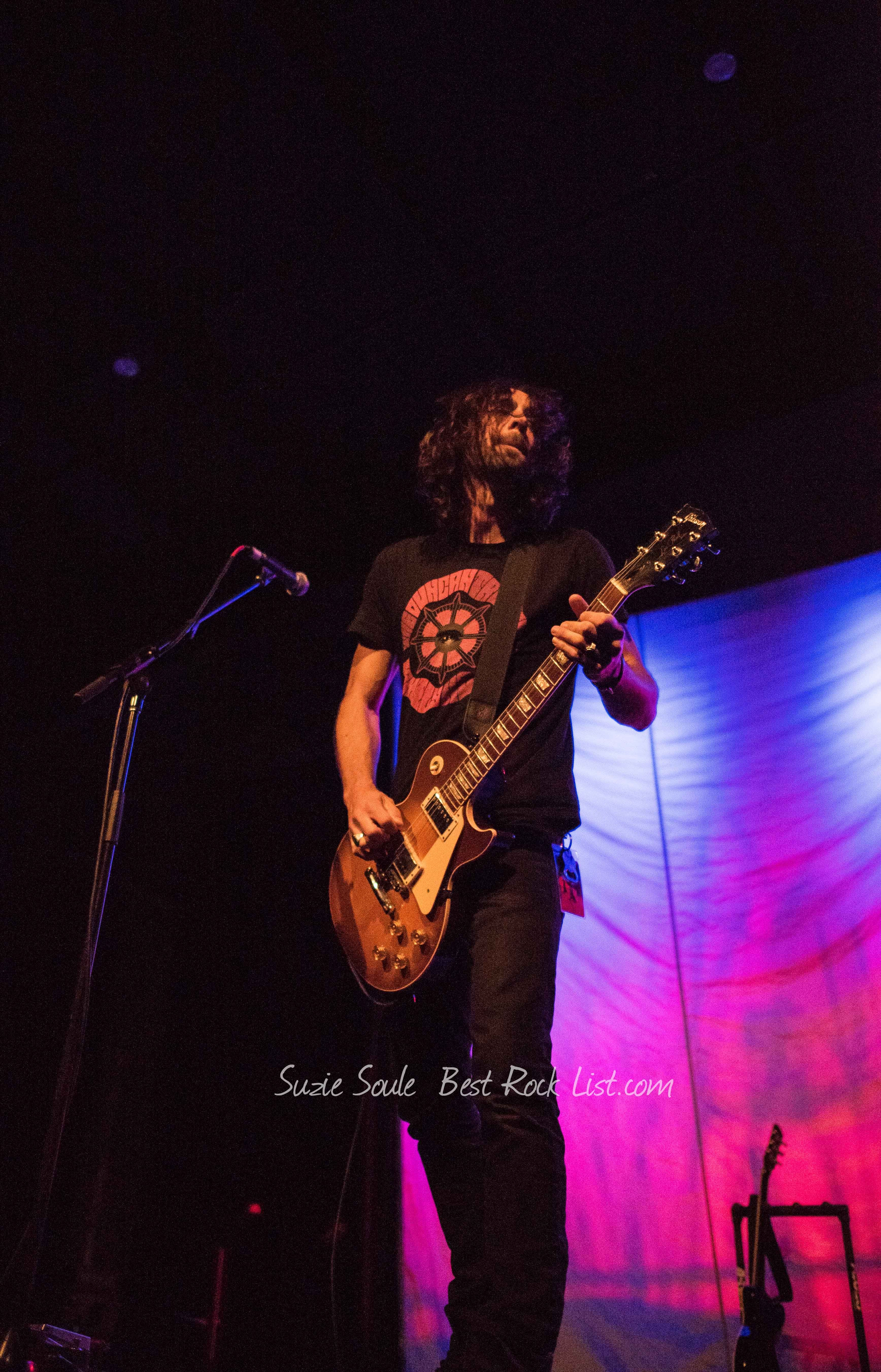 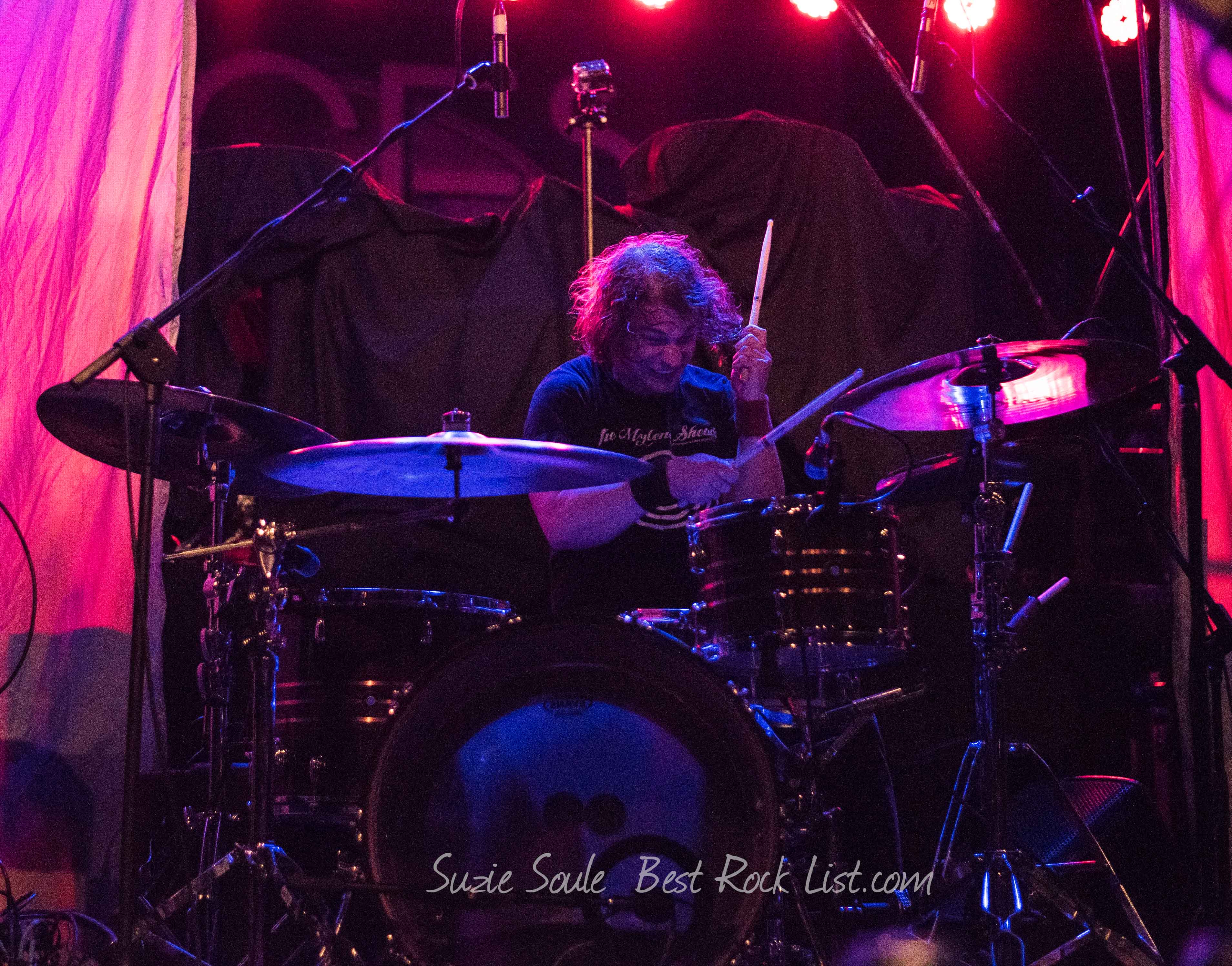 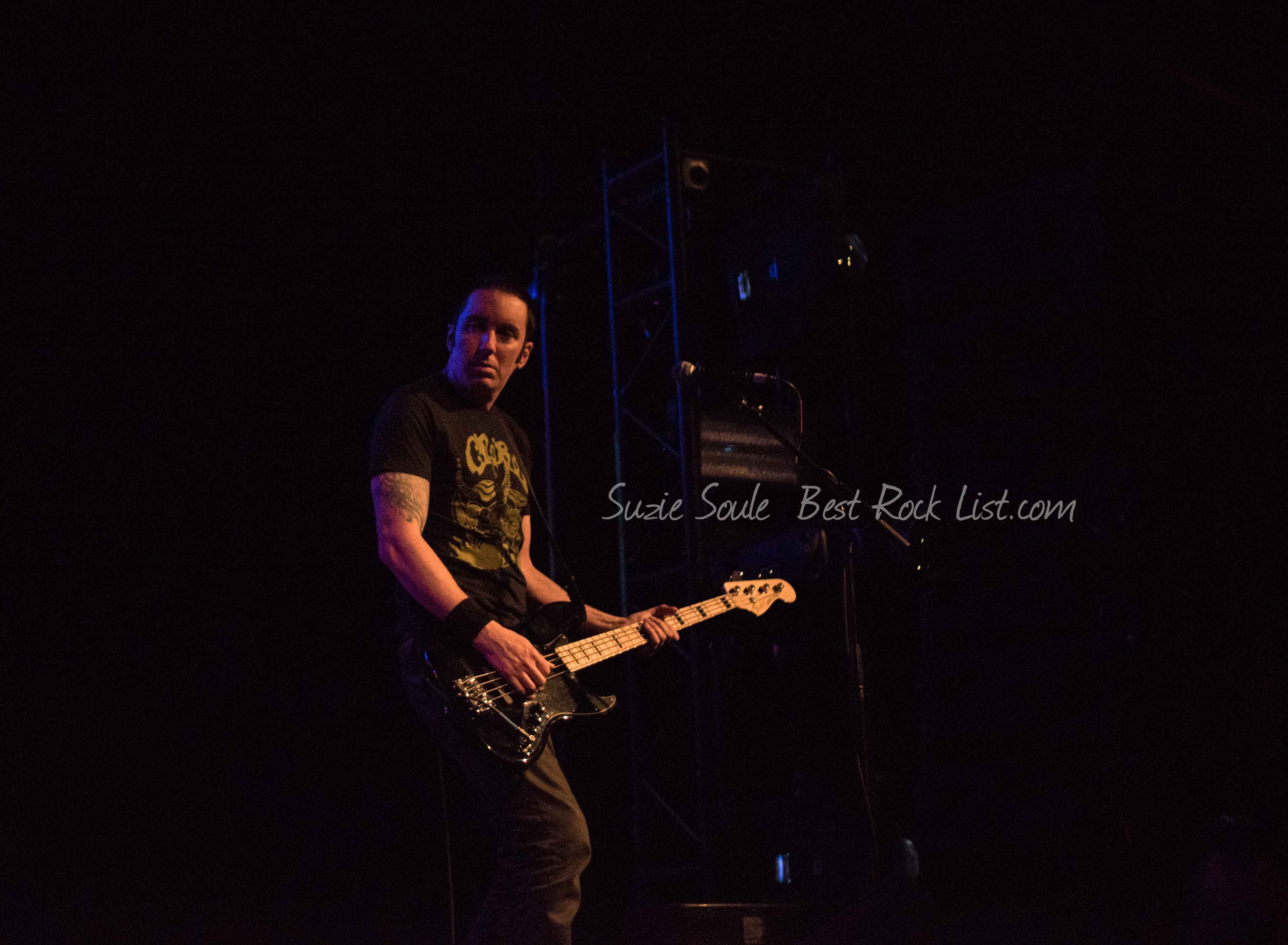 The crowd was ready for Chevelle whose latest album “The North Corridor” is definitely their hardest to date. The single “Door to Door Cannibals” is blowing up air waves and streaming devices alike. Chevelle is one of the most underrated bands. Their live shows draws in their fans to a fervent pace to just get lost in the music. Even the newest songs become fan favorites to sing along to. Whether it’s “The Red”, “An Island”, or “Vitamin R”, the crowd loves this band. Catch them in person at these dates: Tour Dates

Two huge bands teamed up to bring rock and metal to the Peoria Civic Center in Peoria, Illinois. Korn has been around since 1993 and they are still going strong with their latest album set for release on October 21st. The album is named Serenity of Suffering. You cna pre-order exclusive album bundles here. Breaking Benjamin has been around since 1999. Breaking Benjamin has had a comeback with their latest album Dark Before Dawn that reached number one on the charts in 2015. They were joined by relative newcomers, Motionless In White, and Silver Snakes. Motionless in White have their own hits including A-M-E-R-I-C-A and the video was directed by Clown of Slipknot.

The weather was still warm for a Wednesday in late September in central Illinois. Silver Snakes opened the show and while they are a solid rock band, nothing really stood out during their set. While Motionless In White has their own fan-base mainly consisting of the younger crowd that has been cultivated from years on Warped Tour. Their set was sparse with a big backdrop with Motionless In White appeared to be written in blood red. Ghost’s mike stand props consisted of a Holy Bible and rosary beads. Their drum kit featured an orange jack o’lantern that is also featured on their merch. Their fans came dressed appropriately with the right makeup and sang along to all their songs including their newest track, “570”.

Breaking Benjamin took the stage next and their stage set consists of a catwalk above and behind the drum kit. New features to their set are several CO2 smoke cannons. This feature adds more depth to the performance without the danger of pyro cannons. Ben Burnley and the guys have been on tour since 2015 all over the country and I have seen them five times to this date. At times, their sound is plagued by issues where levels of vocals drown out some of the other instruments. Unfortunately, this was one of those nights. Sound was not stellar for their performance. Now I know we love the Breaking Benjamin classic songs and Ben’s voice really makes the band what it is. That is how he was able to start over with new band members and still be successful as Breaking Benjamin. The songs that Keith Wallen and Aaron Bruch were singing were fine but did not feel like Breaking Benjamin songs. Otherwise, the band performed their hits along with a medley that they have done previously consisting of “The Imperial March”, “Schism”, “Smells Like Teen Spirit”, and “Walk” was not surprising. Again for fans of Breaking Benjamin, they have seen them multiple times and are looking for new Breaking Benjamin songs that consists of Ben on vocals.

Korn closed out the show. They always have an amazing live show and tonight was no exception. Their stage was covered while it was being set up and you though it consisted of a boring backdrop with Korn in red letters on gray background but later that dropped to reveal their newest artwork for their album Serenity of Suffering. There is a child with eerie blue eyes going to a carnival filled with creatures. The child has a zombie teddy bear from their Issues album cover with exposed innards where there is some freaky fat guy inside. The artwork was done by renowned artist, Ron English. There were also led light boxes with various abstract lights during the show.

Korn started their set with “Right Now”, “Here To Stay” and “Rotting In Vain”. Their single “Rotting In Vain” has an infectious quality since it was introduced at Chicago Open Air and fans knew all the words singing along. Their set consisted of songs from all time periods. They had the entire crowd chant “Fuck That” just before playing “Y’all Want A Single”. The carthartic release of that song is enough to go see Korn any day. Jonathan Davis sounded especially good with the bagpipes during “Shoots and Ladders”. Jonathon Davis mentioned that their album Life Is Peachy turned twenty years old and they performed “Twist” and “Good God” off of it. I think the true fans were looking for “A.D.I.D.A.S.” though. Regardless, they ended the night in true fashion with “Falling Away From Me” and “Freak On A Leash”.